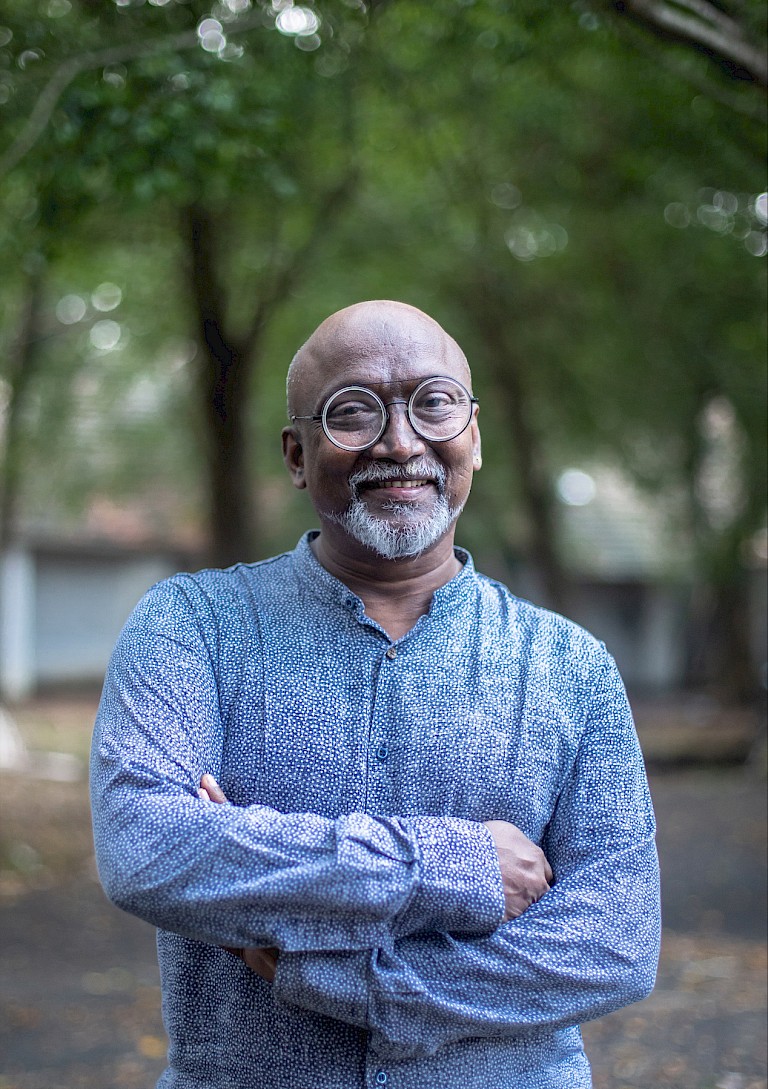 He is the co-founder of the Kochi Biennale Foundation and founding President. He was Artistic Director and Co-Curator of India’s first Biennale – The Kochi-Muziris Biennale 2012, Director of Kochi-Muziris Biennale 2014, 2016, 2018 and 2020. Bose Krishnamachari curated ‘For an Image, Faster than Light’, first edition of the Yinchuan Biennale in Yinchuan, MOCA, China-2016. He was a columnist, ‘Everyone is a Camera’ for The Week magazine for 3 years. He won many national and International fellowships and awards, He was also a jury member at the international and national institutional curatorial and artist awards. Bose is known for his patronage towards young Indian artists and is also an educator.