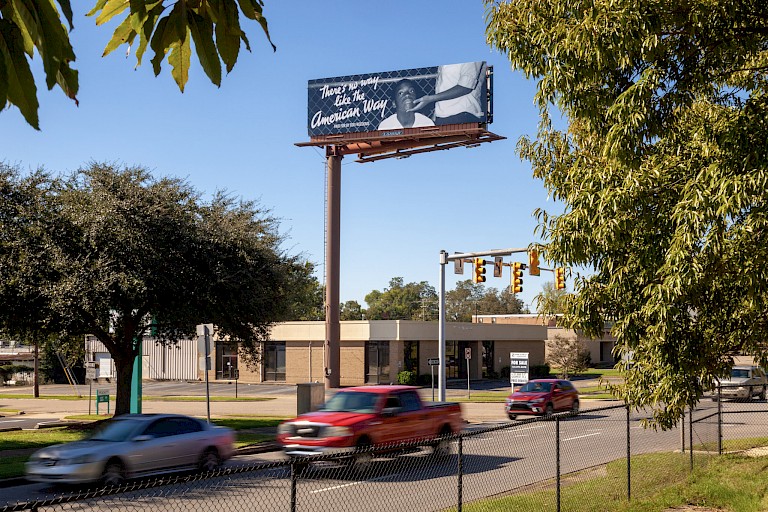 Politically motivated, but decidedly non-partisan, the 50 State Initiative is the first of its kind in the U.S.A., in their methodology for funding and for the project’s scope, scale and reach. Billboards were the primary material form, or point of departure, with methods of participation made available through events and material message production.

Although the project was self-initiated by Willis Thomas and Gottesman it achieved a level of organizational professionalism that included agreements with partners, a tool-kit and post project report. Far from working alone, the two founders worked with a large team and through their statuses as established artists, a large and prestigious list of organizational partners.

For the size of their undertaking, a first time attempt, For Freedoms 2018 achievement is laudable and has promise for continuing applications and affect.

The 50 State Initiative is an self-initiated project by “For Freedoms”, an artist collective whose members are Hank Willis Thomas and Eric Gottesman. The 50 State Initiative took place across the U.S.A. from September to November, 2018. The components were, artists’ billboards, exhibitions, townhalls and lawn signs. Meant to produce national dialogue with a degree of regional

agency, well established as well as lesser-known artists and organizations and members of the general public were given avenues for inclusion.

In 2016, prior to the U.S. Presidential election, For Freedoms wanted to explore a set of questions about politics and speech and conceived of a series of artists’ billboards in 14 states. This project inspired the 50 State Initiative. One particular billboard, “Make America Great Again”, by Spider Martin, installed in Pearl, Mississippi, received a great deal of media attention leading Willis Thomas and Gottesman to realize that billboards hold great potential for creating conversations. They then conceived of the larger scale 2018, 50 State Initiative--commissioning billboards by artists across America ahead of the U.S. midterm elections. Their approach was wholistic, with billboards providing the initial visual engagement, other loosely defined events allowed the conversations to further unfold. Rather than using the project to echo their own political interests, the artists set out for the Initiative to be a non-partisan project. Their leading question is “How can artists spark honest dialogue and reflection about issues that affect them locally and nationally? The artists wanted to find out what local, state, and national issues need to be raised—and how artists and their communities can respond, take action, and plan ahead.”

Taking feed-back they received about Mississippi’s controversial 2016 “Make America Great Again” billboard, the artists understood that some images are a volatile proposition with the potential to shut-down conversation. The 2018 project was designed to provide more channels for dialogue in recognition that communities opinions and values are multivalent, even within one state.

In 2018, For Freedoms achieved wide participation through events chosen and activated by locals. A tool-kit is provided for those who wish to be involved (included in support materials for this report) by selecting from the activations in the kit—billboards, town halls, exhibitions and lawn signs. The kit is a guide with ‘on-brand’, creative and logistical guidance and examples of each type of possible activation, all written in accessible language. The tone is encouraging, friendly, and supports would-be participants to get in touch with For Freedoms for questions or to share documentation of their projects. They extend the definition of each potential medium—billboards can be traditional commercial billboards or a non-traditional interpretation; town halls, it is suggested, can be a walking tour of a city, an artist critique, or a debate; exhibitions can take the form of a symposium, a film series, group or solo exhibitions or “anything else you think would represent your institution's interests”; lawn signs are considered events where “participants are encouraged to produce and publicly display their own definition of freedom by filling out signs that say: Freedom Of ____, Freedom From _____, Freedom For ______ , Freedom To______ . 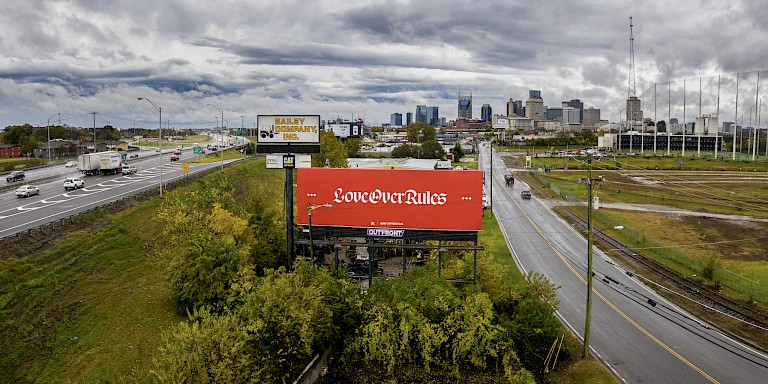 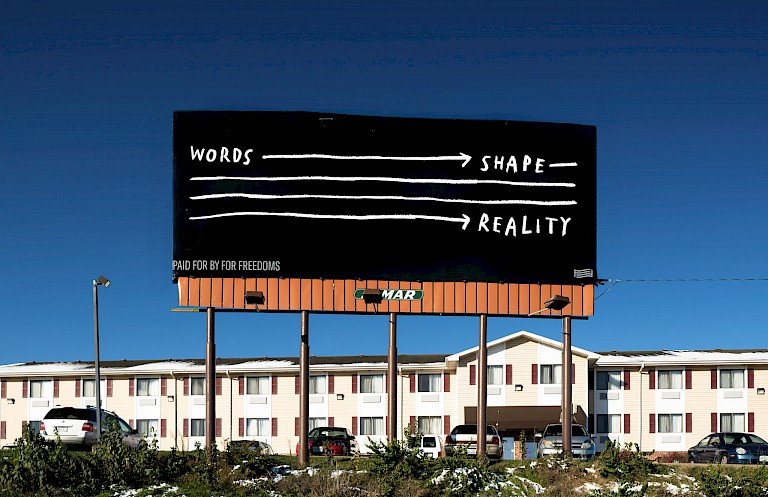 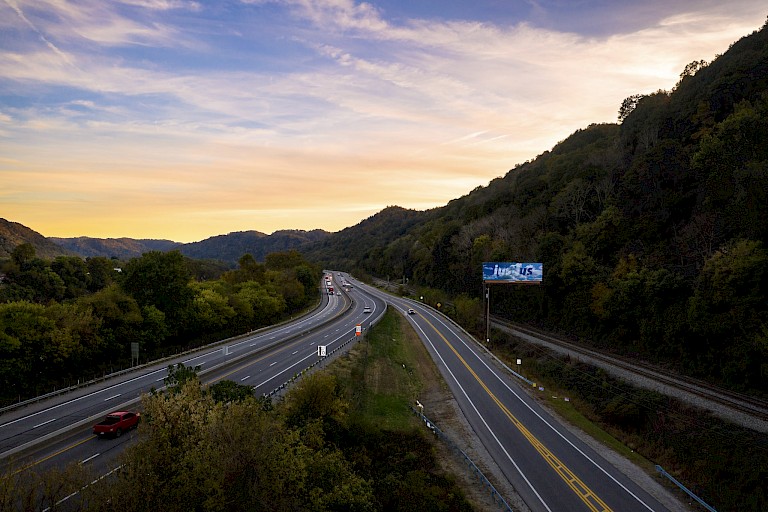 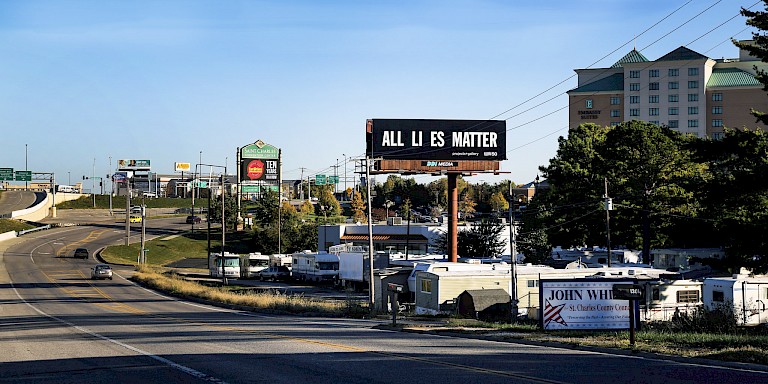