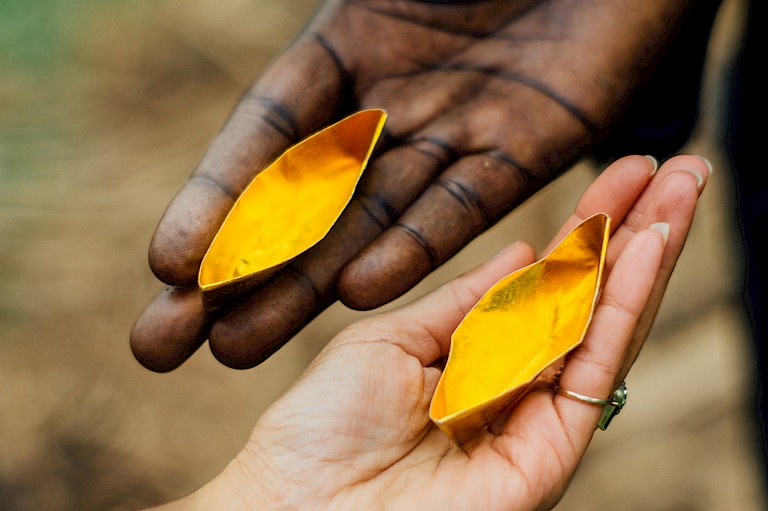 ARTIST: Tiffany Singh. In partnership with the Auckland Resettled Community Coalition (ARCC)
ART WORK TITLE / YEAR: A Journey of a Million Miles Begins with One Step – The Stories of Beyond Refuge (2017)
REGION: Oceania
NOMINATED BY: Kelly Carmichael

Tiffany Singh is a social practice artist who works across installation, public art, education, and occasionally theatre design. A Journey of a Million Miles Begins with One Step – The Stories of Beyond Refuge (2017) is a socially engaged art project which formed part of the bi-annual Sculpture on the Gulf project on Waiheke Island, off the coast of Auckland.

In 2016 artist Tiffany Singh responded to the Call for Proposals with a very ambitious project - to create an installation from disused small boats found on Waiheke that utilised the boats as sound shells for stories of refugee migration to be heard in a celebration of tolerance and diversity. The project would be a collaboration with the Auckland Resettled Community Coalition (ARCC), a grassroots, non-profit organisation led by former refugees for former refugees in the Auckland region.

A Journey of a Million Miles Begins with One Step – The Stories of Beyond Refuge took the form of four upright, up-cycled dinghies into which the artist had installed a screen of emergency blankets, and brightly coloured saris. From inside the boats came a soundtrack, individual histories from a book titled Beyond Refuge: stories of resettlement in Auckland that collected the unique stories of New Zealand’s resettled community in their own voices. Audiences were encouraged to stop and listen to the histories on the mats and cushions supplied by the artist, the shade of the boats offering a respite from the hot summer sun. The hull of each of the four boats was decorated with hundreds of small gold Washi paper boats, each individually adhered to the surface.

A Journey of a Million Miles… does the difficult thing of being an aesthetically pleasing crowd favourite, and also a sharp commentary of perhaps the most pressing international socio-political issue of this time. On a summer’s day, and from one of the most beautiful coastal views Auckland has to offer, A Journey of a Million Miles… was a project created with, not about, former refugees that invited audiences to pause and contemplate their communities in new ways. While A Journey of a Million Miles…. offered a strikingly beautiful group of objects to look at and spend time amongst, the real project lay much deeper. The project’s collaboration with the Auckland Resettled Community Coalition was an essential aspect of the concept and indicative of Singh’s wider practice, which frequently creates community-centered collaborations and seeks to produce art works that combine education, outreach, and empowerment, with strong social discourse.

Responding strongly to global contemporary issues and also the particular context and history of refugee settlement in Aotearoa-New Zealand, A Journey of a Million Miles…. offered a social cartography of migration through the persuasiveness of shared voice. “Communicating real experiences is a way to humanise the politicisation of immigration within New Zealand and elsewhere and strengthen conversations around resettlement”, Singh believes. Through her partnership with the ARCC, A Journey of a Million Miles…. communicates personal stories to redefine understanding of what it means to be a part of this community. Even the project’s title reflects an attempt at social change - these are not ‘refugees’ but New Zealand’s resettled community, some of whom have been NZ citizens for a dozen or more years now.

Important works of politically inflected public art are those that go in sharp and deep, artworks that remind the viewer of things they’d rather forget. Responding to what is a charged global political context, many art works addressing the plight of migrants currently proliferate on the biennale circuit. Yet while several recent and colossal public art works may serve as a stark reminder of the global migrant crisis, they function more as a sledgehammer or a ready-made Instagram meme for an increasingly instant reward focused visual culture. Rather than simply consume the work, Singh asks her audience to consider the issue.

A Journey of a Million Miles…. conveys a complex, non-celebratory attitude to the global issue of refugees finding safety and new homes. There is no ambivalent witnessing or skipping over the often horrific or heartbreaking journeys to get to the ‘feel good’ parts of resettlement in this art work. Through the personal stories of Auckland’s resettled community, audiences were taken on the arduous journeys these former refugees experienced, difficulties that don’t always stop once they reach their new country. Asking well known voices from radio and television to voice the stories, Singh grounds them in a New Zealand context and a local vernacular - these are no longer the stories of ‘others’ but the stories of New Zealanders. Like other social practice artists who are longer content to merely represent social reality, Tiffany Singh is part of a new generation of artists that seek to change it, blending art with activism for social regeneration. A Journey of a Million Miles…. reflects Singh’s unadulterated belief in the power of art to contribute to community building, empathy, and well-being. 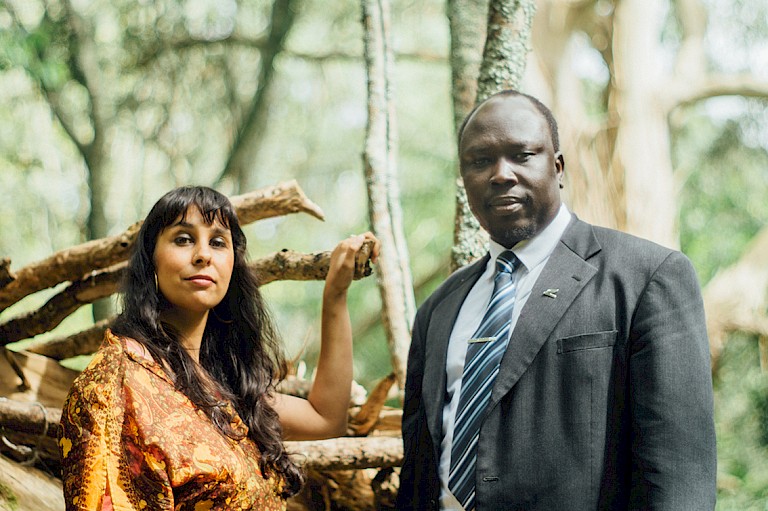 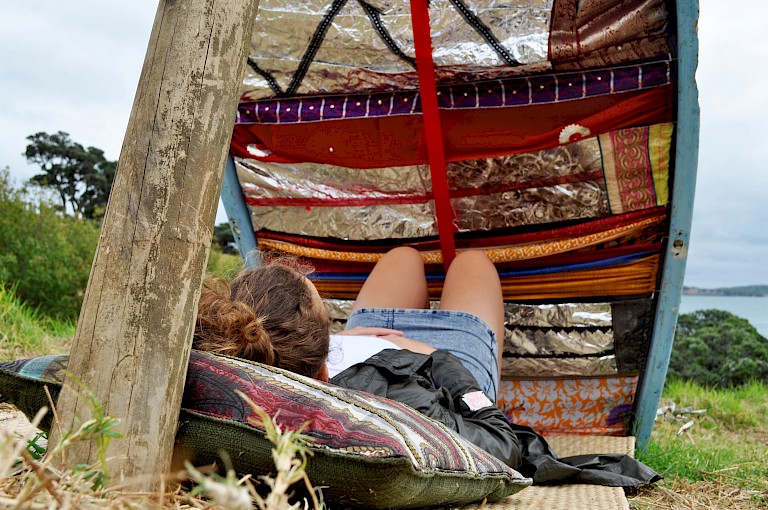 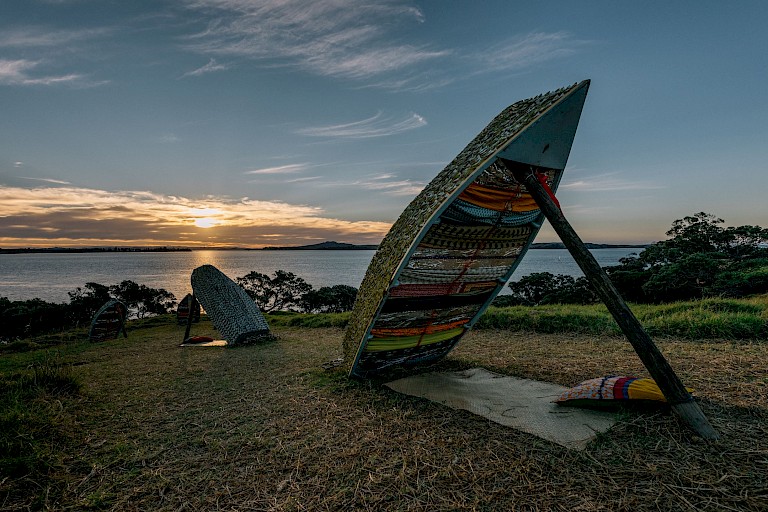 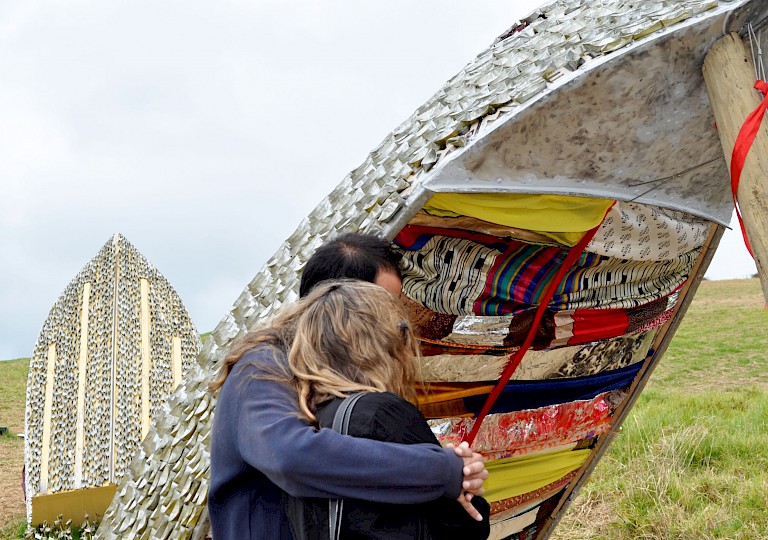 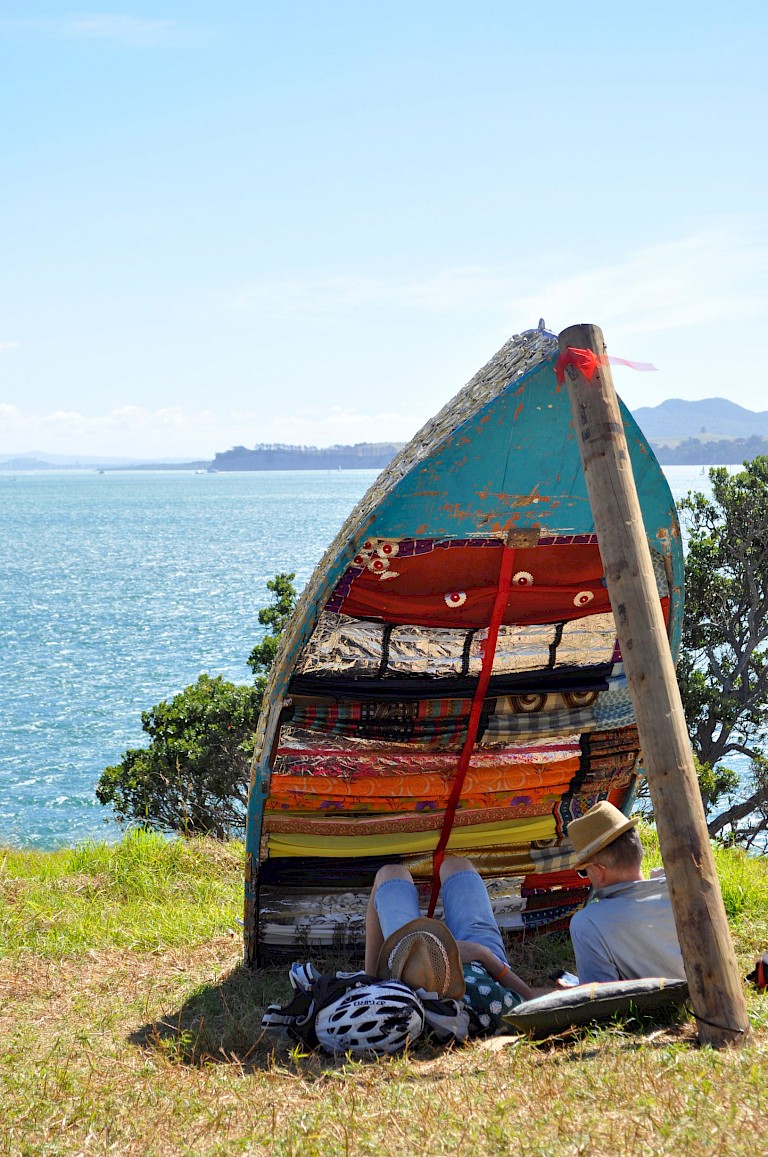 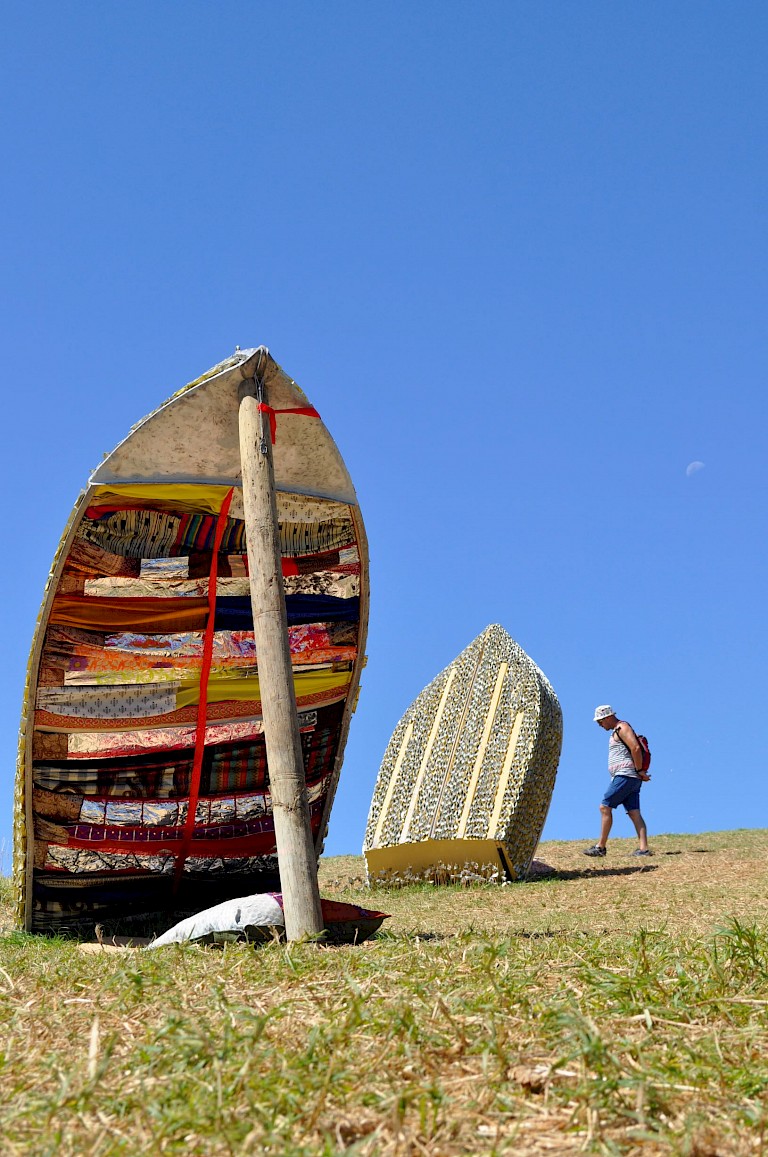 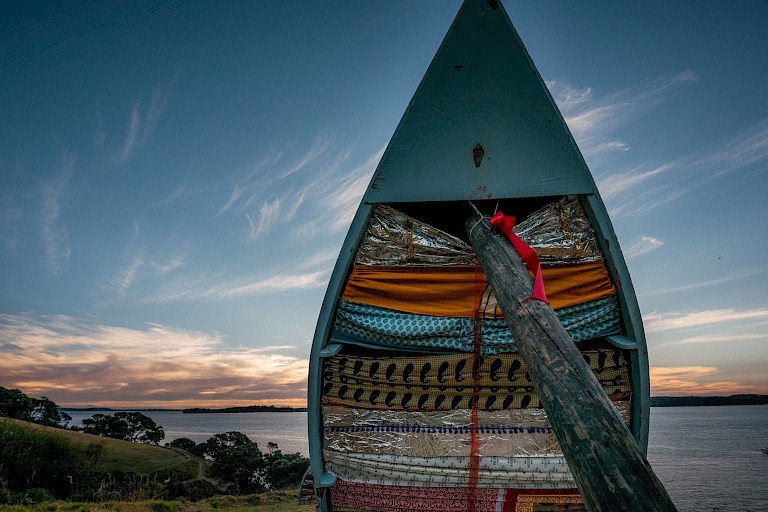