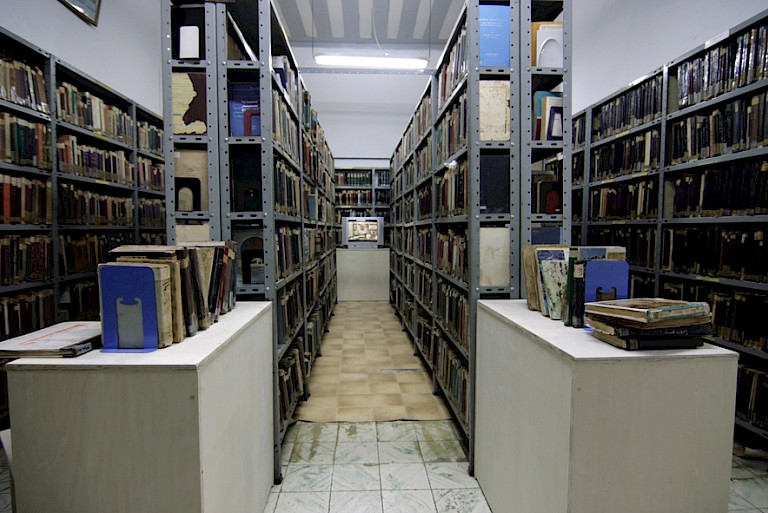 A Needle in the Binding

A Needle in the Binding is a relational and process oriented public intervention by Beatrice Catanzaro, which took place between 2009-2011 in the city of Nablus in the northern West Bank of the Palestinian Territories, in particular, in the Nablus Municipality Public Library.

The project began when Catanzaro first visited and spent time in the library over the summer of 2009, and discovered a much-neglected section containing approximately 8000 prisoners’ books, books read by Palestinian political prisoners between 1967 – 1995. Intrigued by these books, Catanzaro returned to reside in Nablus in September 2010, visiting the prisoners’ book section regularly so as to photo-document the books, many of which were deteriorating due to infestation by insects. As a result of her visits, she became acquainted with the Nablus Library staff. One staff member subsequently introduced her to Khalil Ashour and Abdallah Abu Ghudeeb, ex-prisoners, both of whom had spent 12 years in political detainment as prison-mates, the former an avid book reader, the latter one of the prison “librarians.” This encounter provided Catanzaro with a rare opportunity to learn first hand about the conditions of political imprisonment for Palestinians, especially about the regional history and practice of reading in prison. 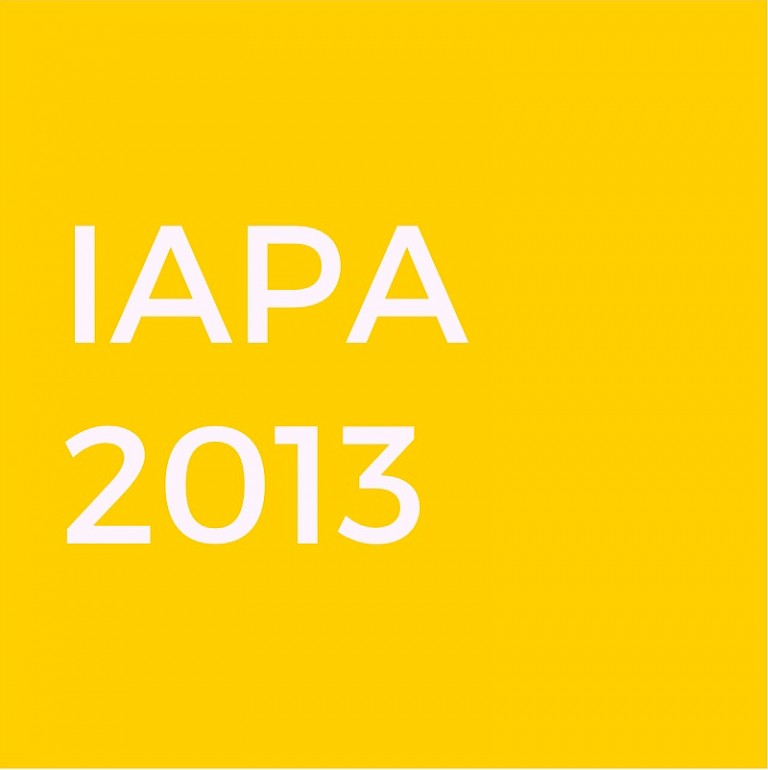 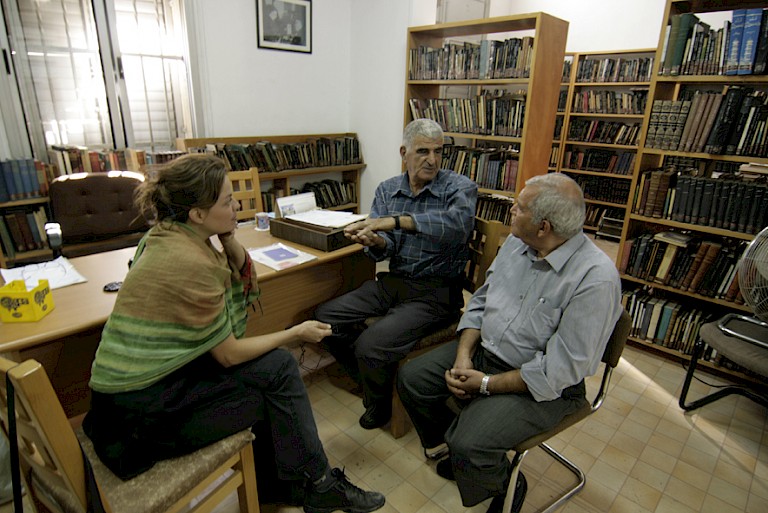 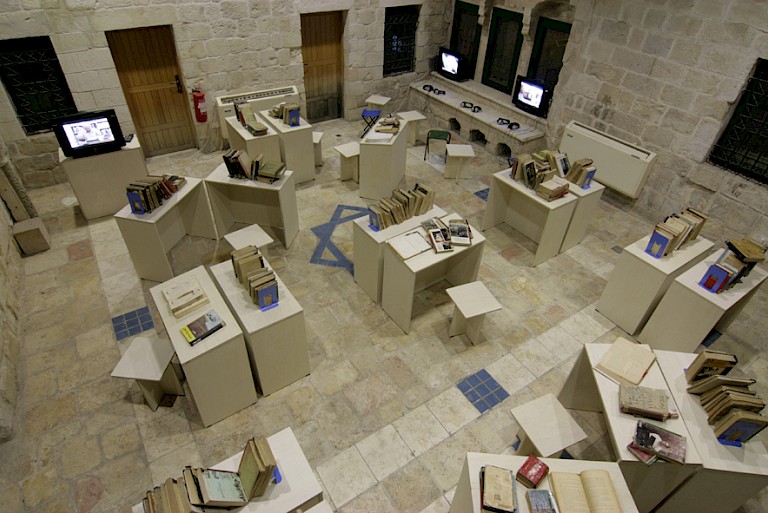 Between September 2010 to September 2011, Catanzaro collaborated with both Ashour and Abu Ghudeeb, engaging in a slow and painstaking process of selecting with Ashour books that were especially meaningful to him as well as his prison mates, and (audio) recording the narratives that emerged concerning the pivotal role of books in the prison for the education of detainees. In 2011, Catanzaro also involved the Portuguese director Pedro Paiva in filming this process. A great deal emerged from these relational interventions, for example the fact that at one point, Palestinian detainees in certain Israeli prisons were subjected to prohibitions on reading and writing. At this time, detainees were only permitted to write letters of ten lines to their families; any letter exceeding ten lines would be torn up by the prison administration. Things were a little different in the Nablus prison, since it used to be managed by Jordanian police prior to 1967. Hence there was in fact a small library of 10 books. Then, in 1972, with the aid of the Red Cross, prisoners were allowed to select from a list of permissible books, and these were duly added to the library. As books gradually spread in Israeli prisons, Palestinian detainees managed to transform prisons into educational workshops of a sort, with many gaining Tawjihi degrees while incarcerated, and going on to universities upon release.

The relational dimensions of Catanzaro’s work were not limited to these encounters. As one of the few foreigners living in Nablus, she inevitably attracted the interest of the local community to her regular library visits, and the attention of library staff to the precarious conditions of the books in the prisoners’ section. Catanzaro was in fact the first foreigner to work in the library. Her relational practice also extended to sharing her findings, audio and video, through a local women’s network she initiated (Bait al Karama). It would not be unreasonable to claim that her interactions in the city led to the prisoners books becoming recognized as an important cultural legacy, with a consequence being the cleaning and restoration of the books and the improvement of the prisoners’ book section. The significance of Catanzaro’s public intervention was recognized by a commission from the Al-Ma’mal Foundation for Contemporary Art for The Jerusalem Show (A Needle in the Binding, Khalidi Library, 2011), curated participation by the Ethnographic and Art Museum at Birzeit University in the Cities Exhibition - Between Ebal and Gerzim (2011), and a medal/award of honor presented by the Nablus Municipality Public Library.