Centring on the 400-year-old Chitpur locality (often extended to mean the entire Chitpur Road) that was once a major centre for arts and education in Kolkata. Chitpur Local is an effort to renew obsolete areas and lost arts and crafts traditions practiced there, including various kinds of printmaking, publishing, jewellry making, activities surrounding jatra performances (there are about 50-plus troupes of the once popular form of local folk theatre in Chitpur) and street or courtyard performances, locally held 'addas' or public conversations and much more. One end of the street houses bungalows and languid properties from pre-independence India including Jorosanko Thakur Bari, home to Rabindranath Tagore's family, the other end is a series of low income settlements. The combination of the two worlds of Chitpur slowly fading into obscurity made for an enticing starting point for Hamdasti.
The group had two objectives: one, to work within the community in a way that was organic and modern while still keeping the soul of the various practices they engaged with intact; and two, to constantly get feedback and tweak what they were doing, add what seemed missing, to the project. They worked out of Studio 21, a local art space they kept returning to for reviews, conversations and further planning.

The project currently has two phases: The first from 2013 - 2016. is centered around one particular neighbourhood- known as Jatrapara, or Battala, which was the hub of popular traditions like Jatra (travelling theatre), printmaking, publishing, jewellery-making and bamboo crafts. It is also a neighbourhood with a history of shared spaces - private courtyards, bookshops, public street corner rowaks (platforms) that were once the focal points of interaction and cultural engagement. Starting with mapping the area, and moving on to pop-up museums in courtyards of the large homes, the project constantly included community members as co-artists, producers, advisors and storytellers. These efforts led to a public art festival in March 2015.

Phase two began in 2017, and will continue through 2018. Since last year, eight artists have been developing projects through collaborations with diverse local communities who have come together to share their stories, and reveal different facets of their neighbourhood at the festival. The projects feature interactive, public artworks that not only explore the many histories of Chitpur, but also address the critical issues of its present, and create a platform to create new imaginations for its future. 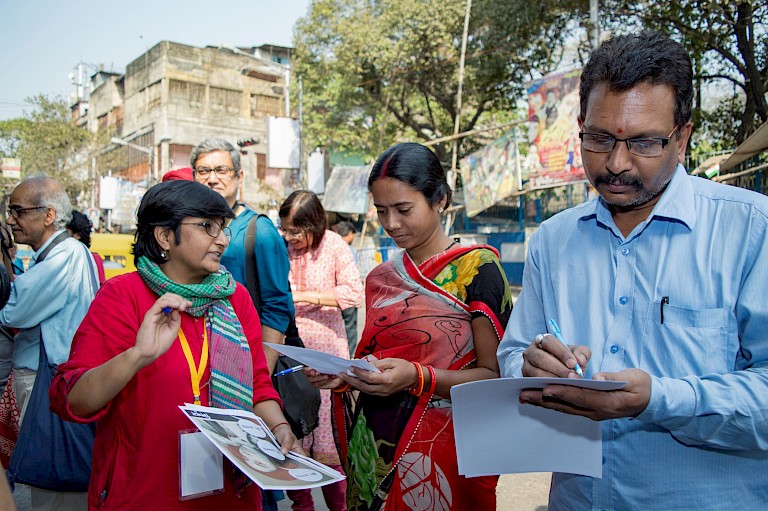 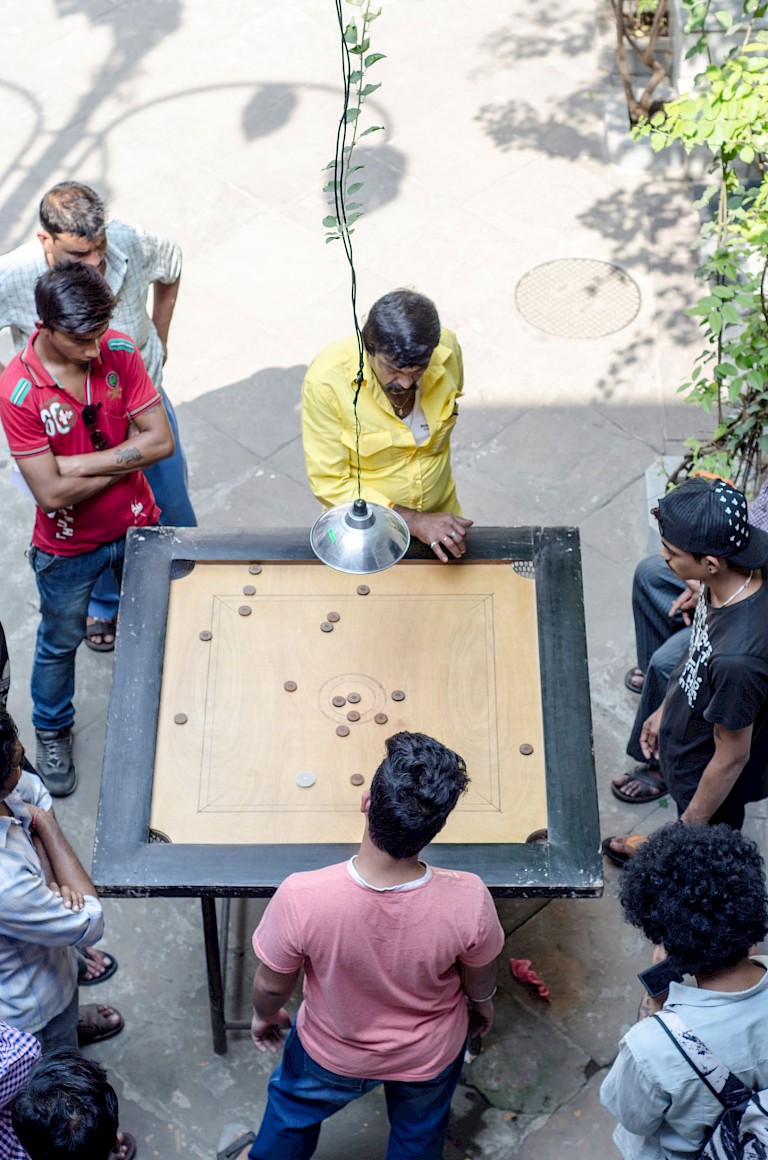 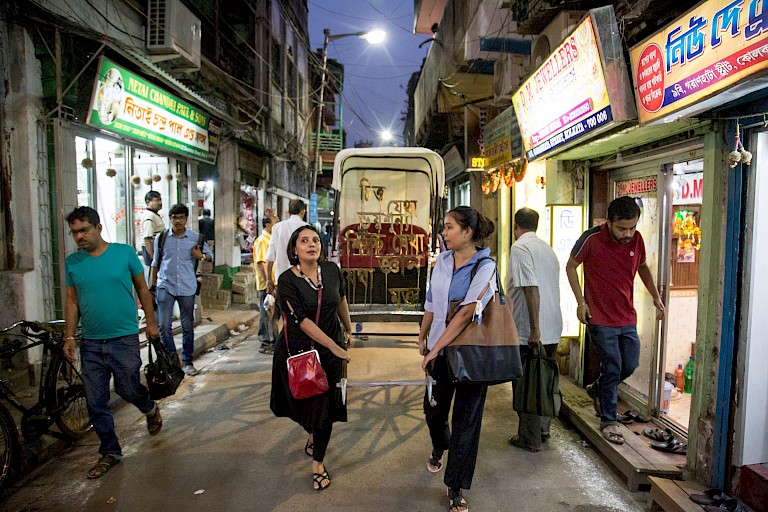 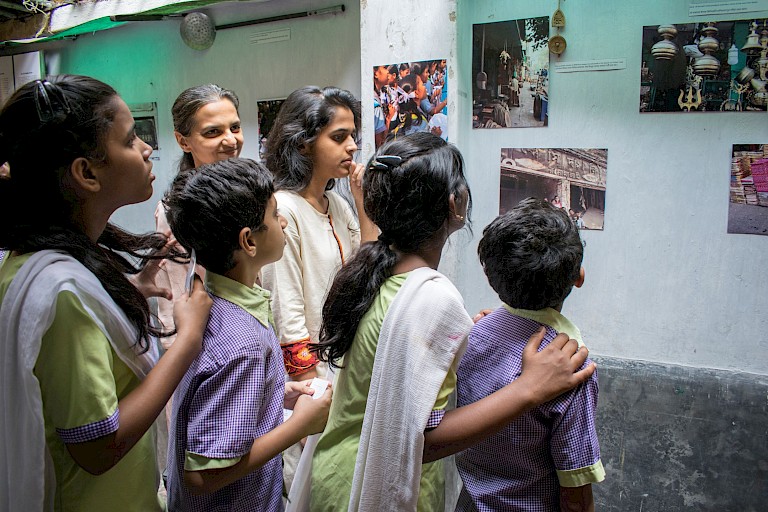 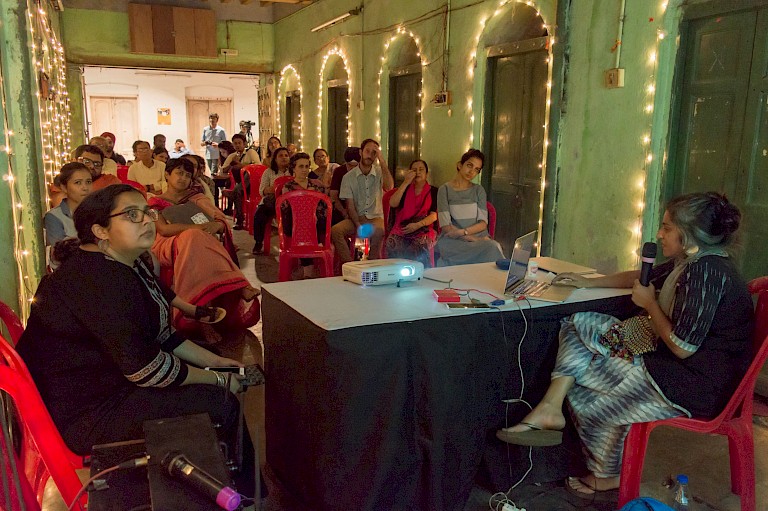 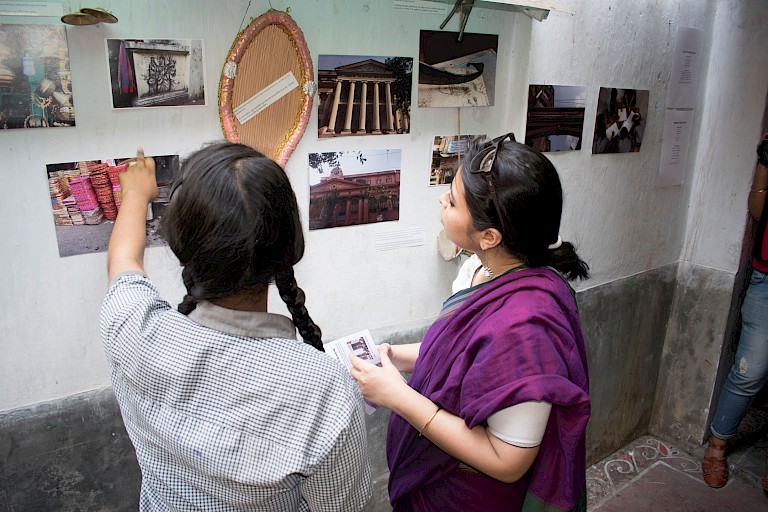 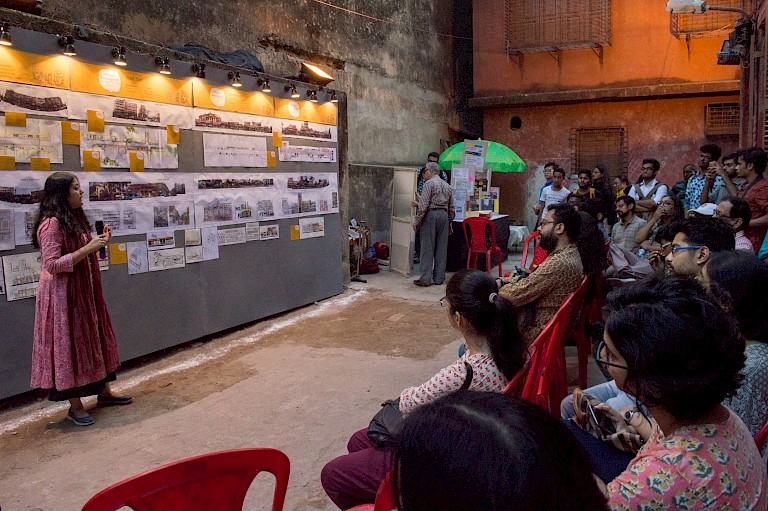 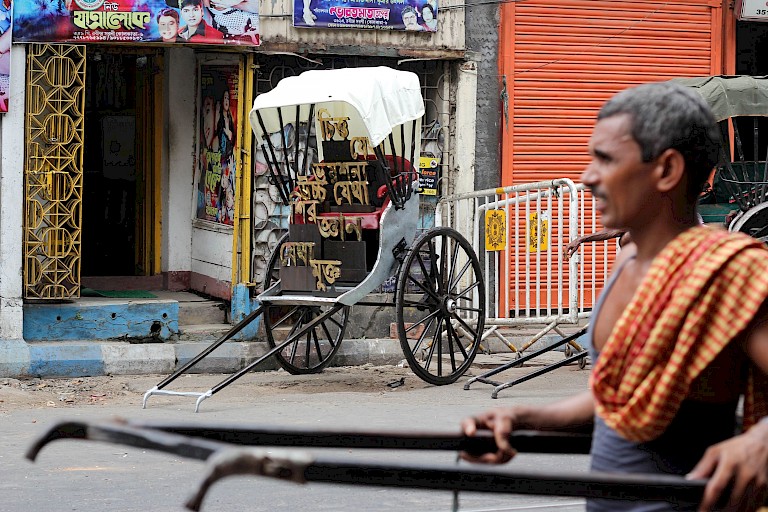 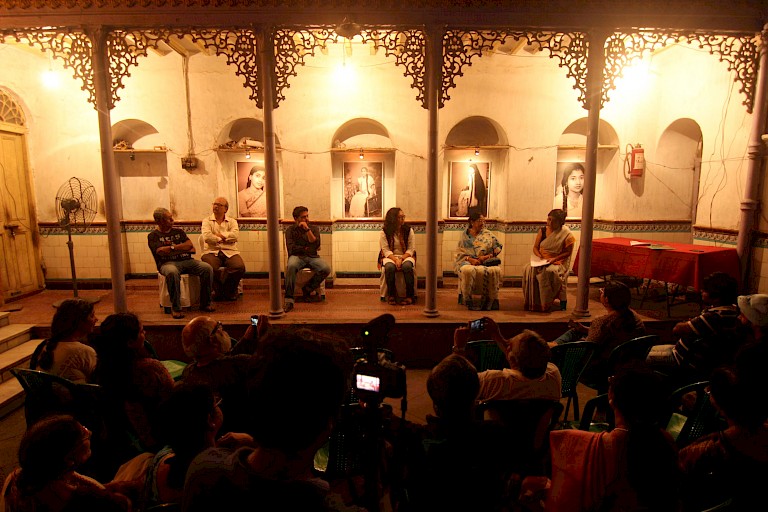 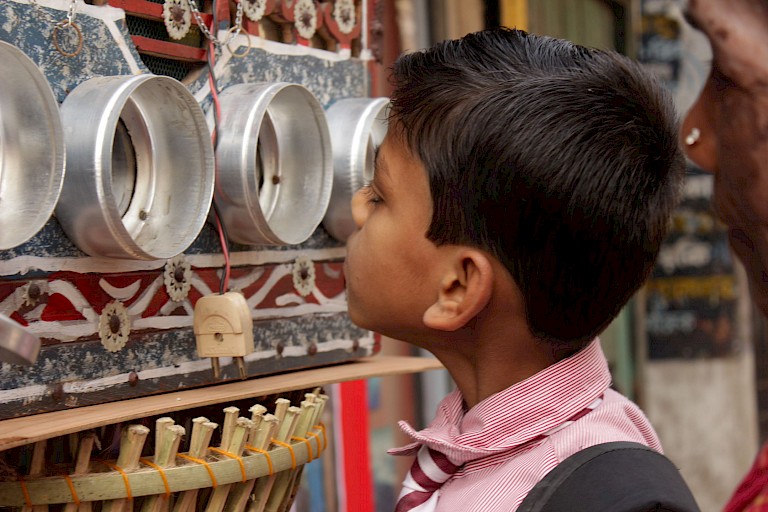 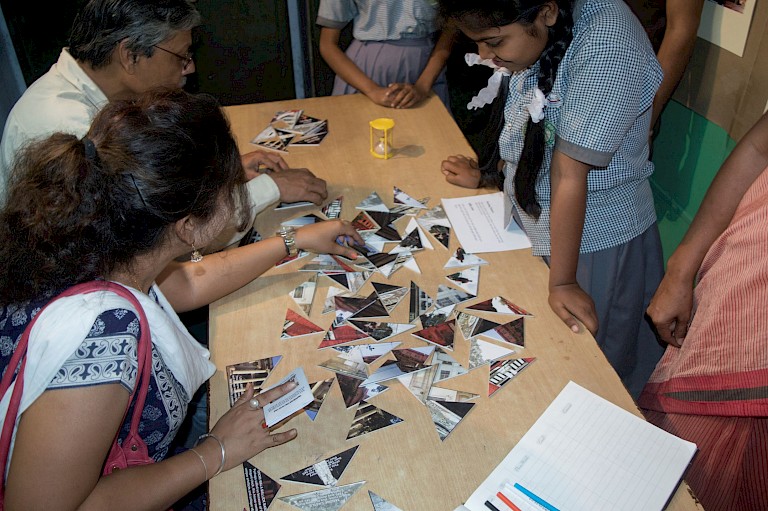