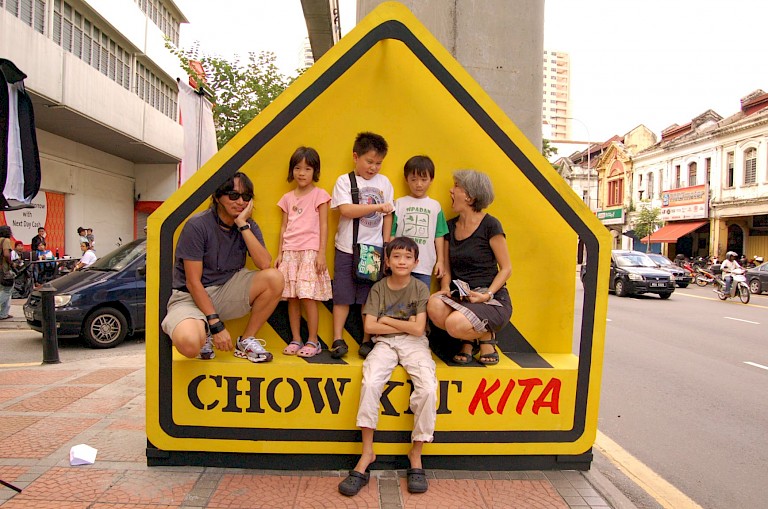 Chow Kit Kita project is a self initiated project that was started in 2010 by Fahmi Reza and Lew Pik Svonn. Both are act as art facilitator and project manager. “Chow Kit” is the name of an area in Kuala Lumpur, Malaysia. It is also derives from a street name Jalan Chow Kit, which by history taken from a wealthy Chinese businessman, philanthropist which also the owner of gambling and opium dens name Loke Chow Kit. Previously, the area has been a residential district and leisure quarters of early migrant communities. Chow Kit neighbourhood is an area of mixture between various different culture with migrant based from Indonesia, Burma, and Nepal. Although the area has become infamous as the red light district in Kuala Lumpur, the neighbourhood itself still retaining the historical function in relation to housing the migrant groups.

Chow Kit Kita Project as a mapping project take place in different phases, the concept was similar with community mapping project in Balik Pulau, Penang. In which they mapped out the heritage sites using photography. However, the aim of Chow Kit Kita project is to conduct a community mapping project with and for the children of Chow Kit and Kampung Baru; In order to change public perception about the area, as well as to encounter the stigma that the children were subjected in school for living in Chow Kit area. The mapping project was began with 10 selected children from the community centre through an auditioning process. They were required to fill the form to describe the reason why they were interested in the programme as well as to indicate their commitment.

Initially the project was operated with volunteer based with no funding, by recruiting friends to act as workshop facilitator; and throughout the three years and each phase, they continue to use volunteer assistance through a poster call assistance.

Prior to the project, the Fahmi and Pik Svonn have conducted a survey to find out what skills wanted to learn by the children. As a result they took 8 popular skills and convert it into workshop that are manageable and within their resources and skills. The first theme selected for mapping is “ethnic and religious diversity of Chow Kit”. Each phases of the project took about 6 months long with 3-4 months for research and another 2 months for planning and preparing for the festival (Pesta Chow Kit Kita).

The first phase focuses on the multiculturalism of Chow Kit, this attempt has allowed the children to step out from their limited sphere into a wider perspective of their neighbourhood culture diversity. The impact is actually deepening their awareness respect about other ethnic and religious communities of Chow Kit. Phase 2 and 3, children were given greater freedom to select their topics to focus on, within the same structure programme: cultural mapping, art workshop with tangible outcomes and festivals.

A few months before the project started, we conducted a survey to find out what skills teenagers wanted to learn. We took the 8 most popular skills and turned them into workshops that adopted experiential learning methods. The thematic community maps tie these workshops together. Themes range from food to transportation, and represent the voice of the Chow Kit youth. The mapping process creates avenues for them to explore, discuss, understand and share the knowledge they have acquired during research about the community. The outcome of these workshops like maps, brochures, videos, posters, performances and photographs, are given back to the community and beyond.

Project involving diverse professionals such as TV producers, architect, lawyer, designers, photographer, artist, etc. The idea is to encourage children to develop a large range of options to develop their creative medium to work with, such as photography, mural painting, fashion design, video, T-Shirt painting, etc. By participating on the project, children were developing new skills as well as receiving empowerment to express themselves. Through media coverage, Chow Kit Kita has been successfully change the public perception. Ever since the project began, the media started to reported good news about Chow Kit area. The impact of this positive coverage has invited NGO and other art groups to support the community at Chow Kit area.

The biggest contributor of this project is a gallery from Surabaya that has commissioned a logo creation that utilise water hyacinth as the medium. Additionally art collectors, local communities, and alumnus have made substantial contribution for the funding.

The fruition of this artwork was began by utilising Google Earth as a means to survey the location and followed by studying the bunch of water hyacinth. In the end the mapping was done by using the stems of bamboo as the sketch which then filled with water hyacinth. 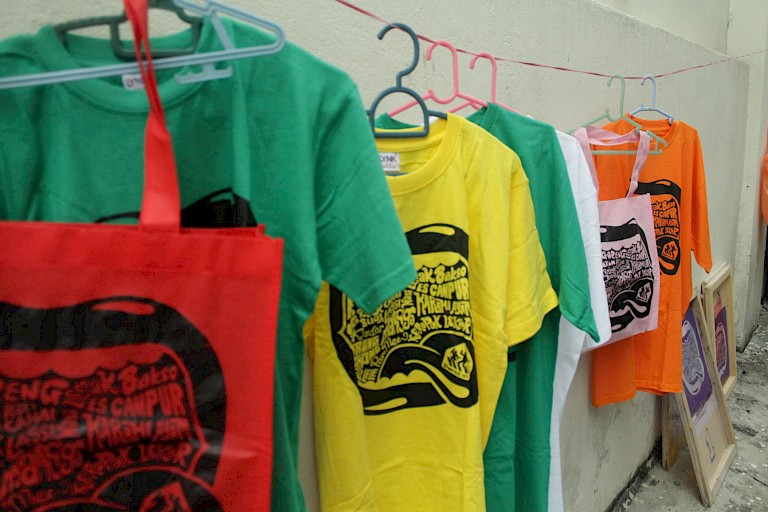 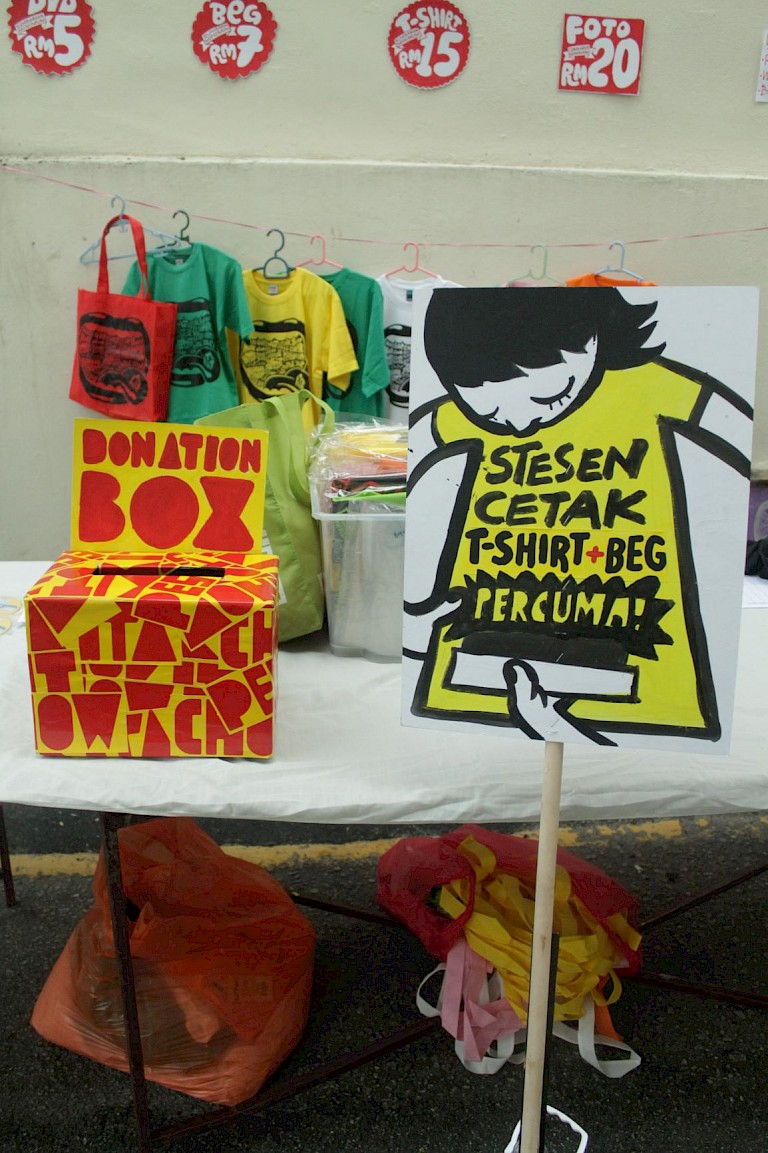 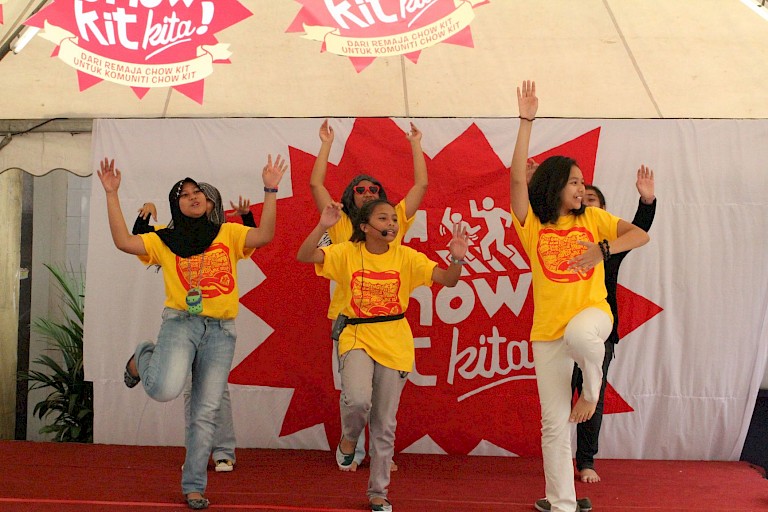 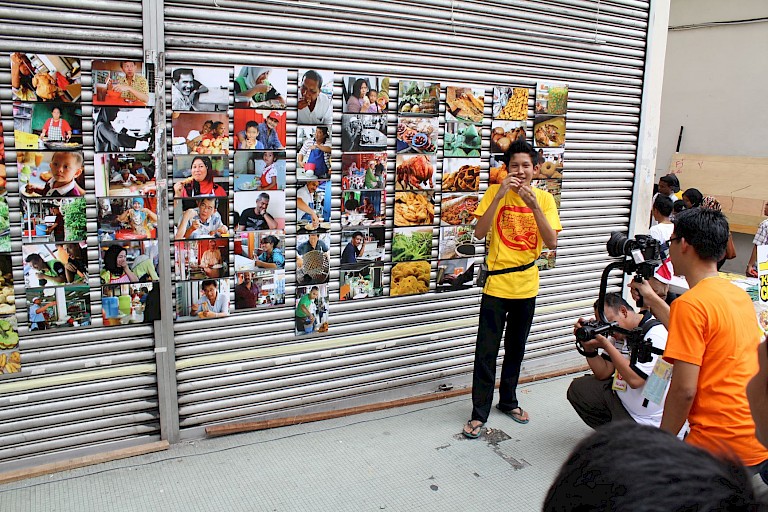 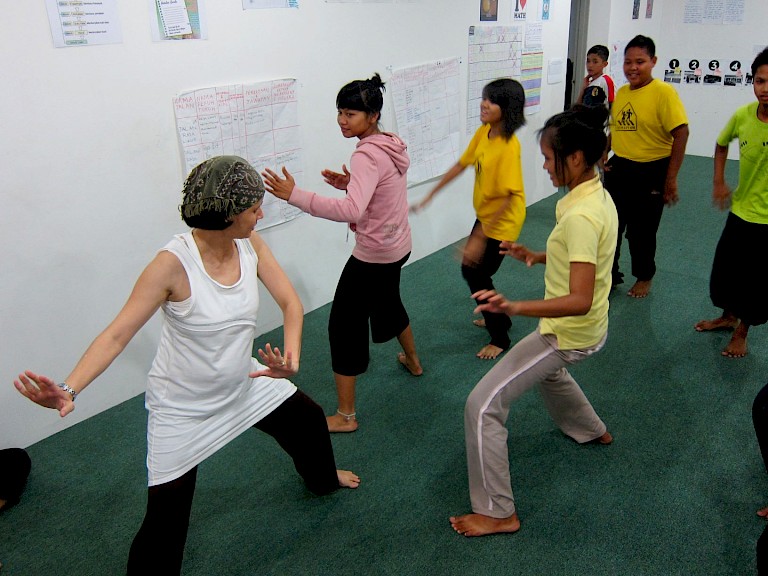 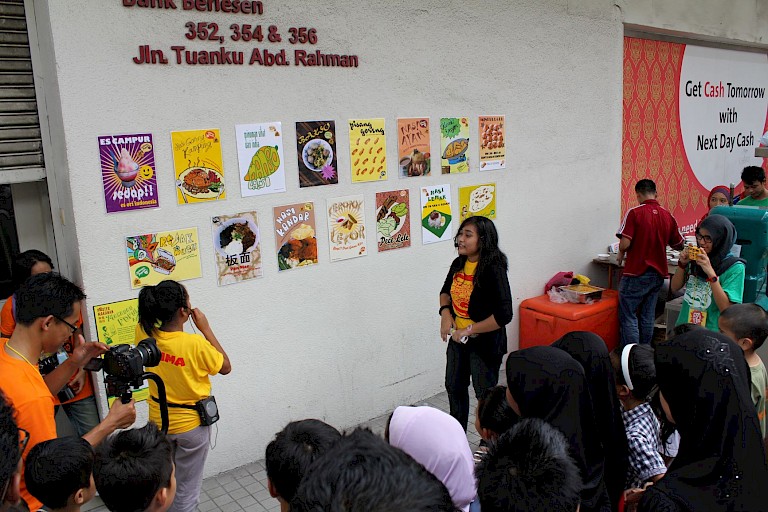 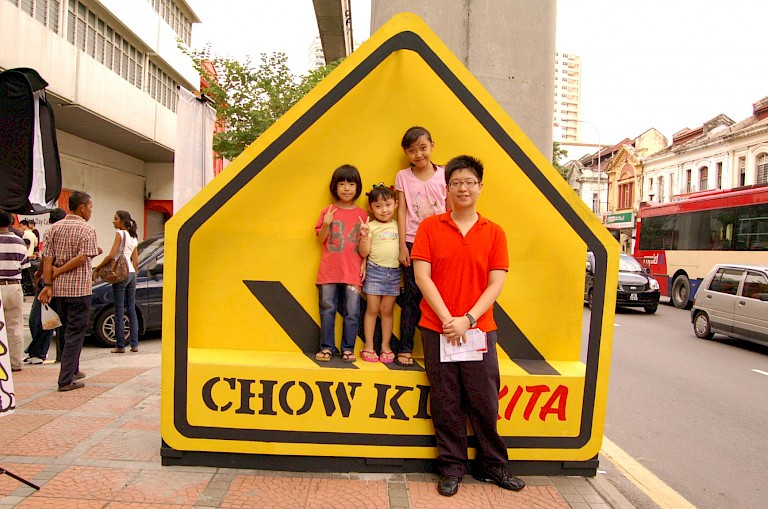