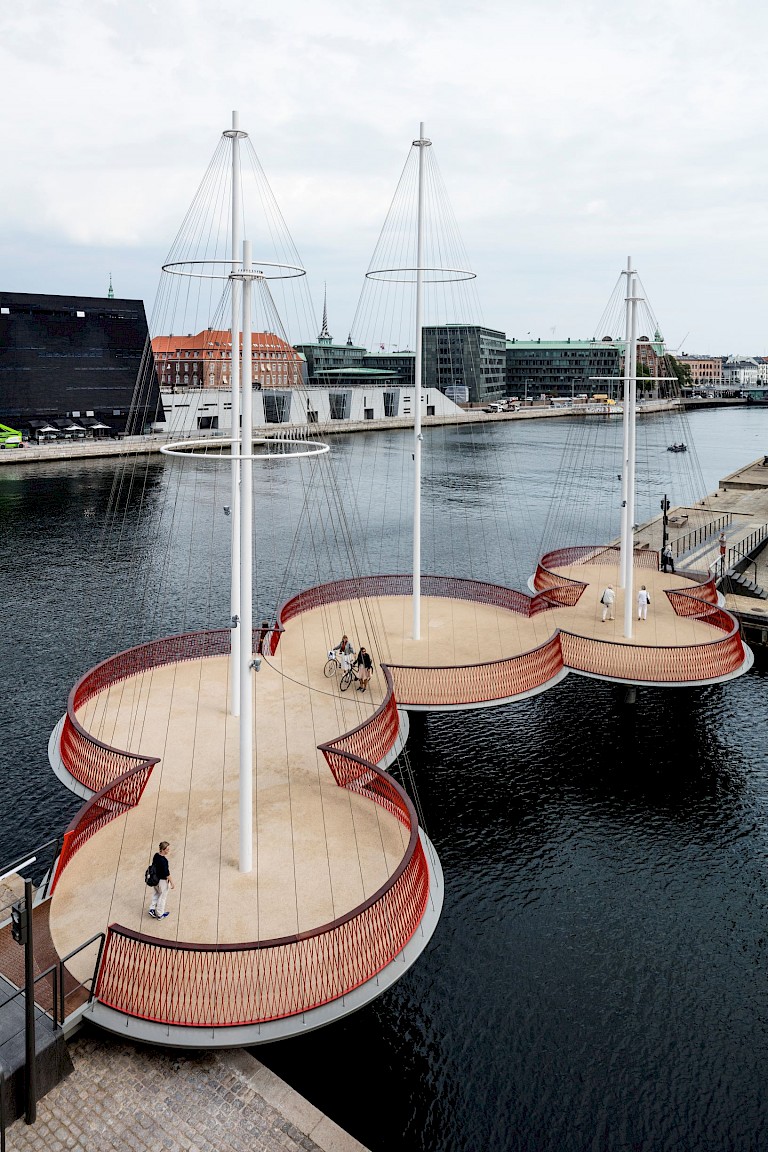 Cirkelbroen (the circle bridge) creates a winding path across Christianshavns Kanal in Copenhagen connecting Christiansbro with Applebys Plads. It was created as a bridge to celebrate pedestrians, the daily and the intimacy that can be found in the nearby proximity.

Cirkelbroen is based on Christianshavns history as well as being inspired by Eliasson's childhood memory of fishing boats he saw during his youth in Iceland. Ship masts were used as the visual starting point for these works. The bridge is composed of five staggered circular platforms of various sizes, each with their own 'mast'.

Eliasson drew inspiration directly from the bridge’s surroundings stating, ‘In the harbour, the boats were often moored right next to each other, and it sometimes seemed that you could even cross the harbour just by walking from boat to boat.’

Thin steel cables extend from the top of the masts – the highest of which rises up twenty-five metres – to the platform’s circular railings. Accessible via ramps at each end, the five steel platforms vary in diameter from ten to fourteen metres and are arranged to create a staggered, zigzag path that inspires uncertainty and pause.

Cirkelbroen is lit at night, and one section of the bridge functions like a swing bridge, rotating to allow large boats to pass into and out of the canal. The name “Cirkelbroen” arises from its shape: five differently-sized circular platforms, each with its own ‘mast’.

The circle presents an alternative to the direct line across the water. It encourages pedestrians and cyclists to reduce their speed; it provides a vantage point where people can take a short break, thus creating a new space between two urban areas rather than providing the fastest possible route across Christianshavn Canal. The circle also refers to the compass, to orientation and to cartography. It suggests a dynamic navigation model which enables a renegotiation of the public space. In so doing, the bridge makes small changes to the way we perceive and experience the city. At a macro level, the circle refers to the circle drawn by the inner city of Copenhagen, which Cirkelbroen helps to complete by connecting the Christiansbro area to Appelbys Plads. 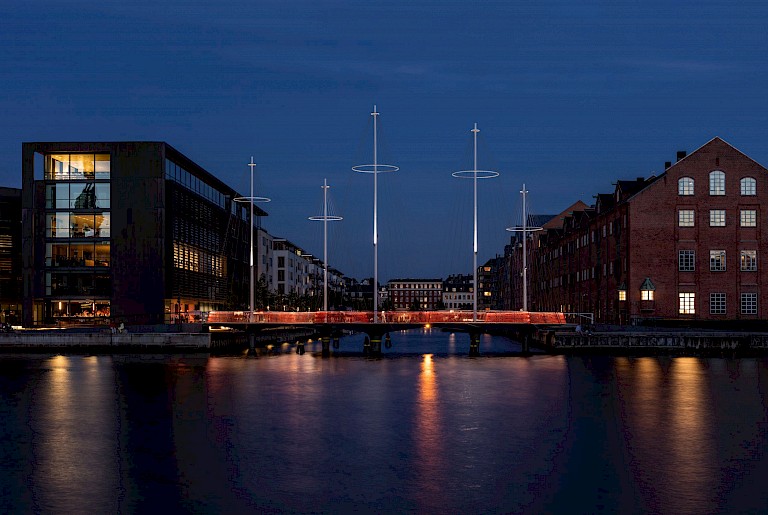 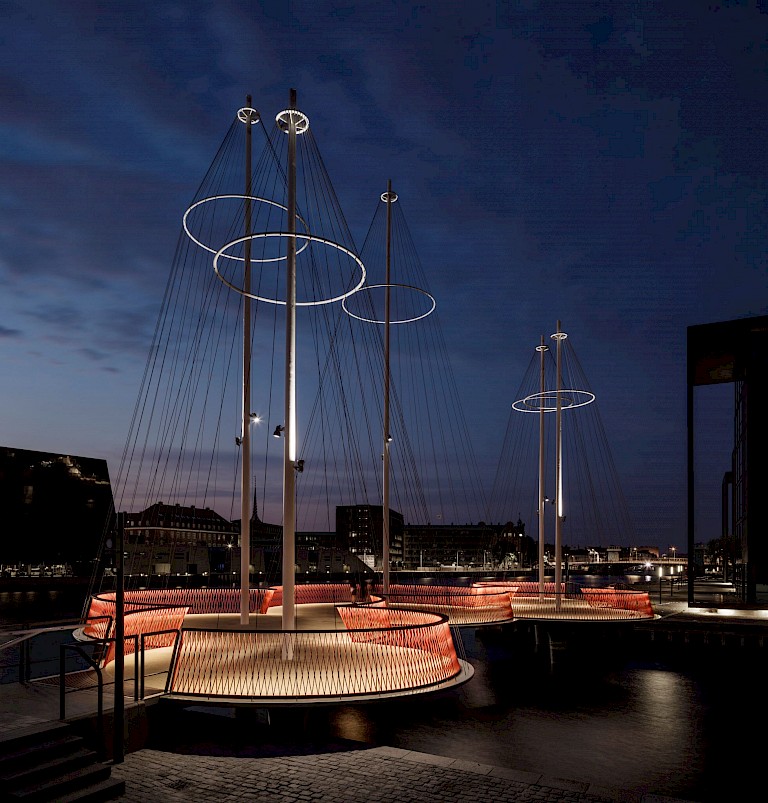 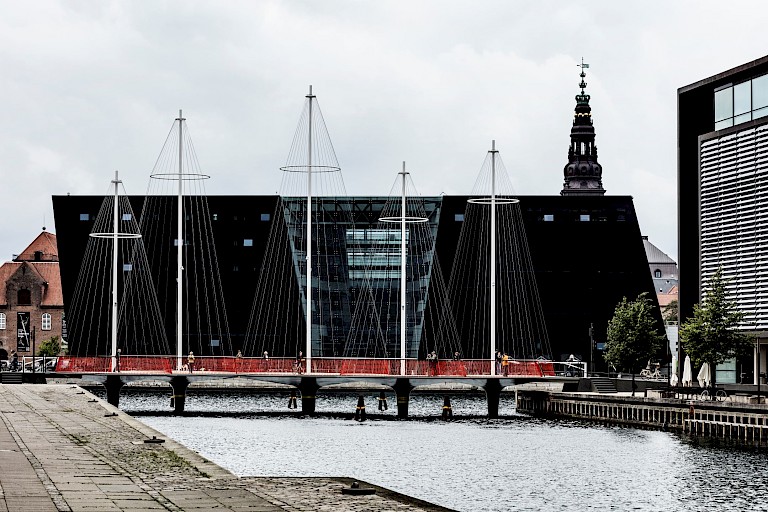 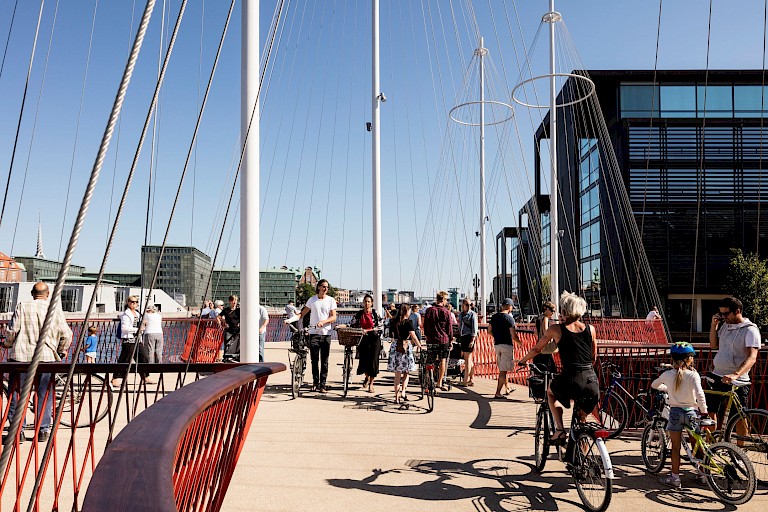