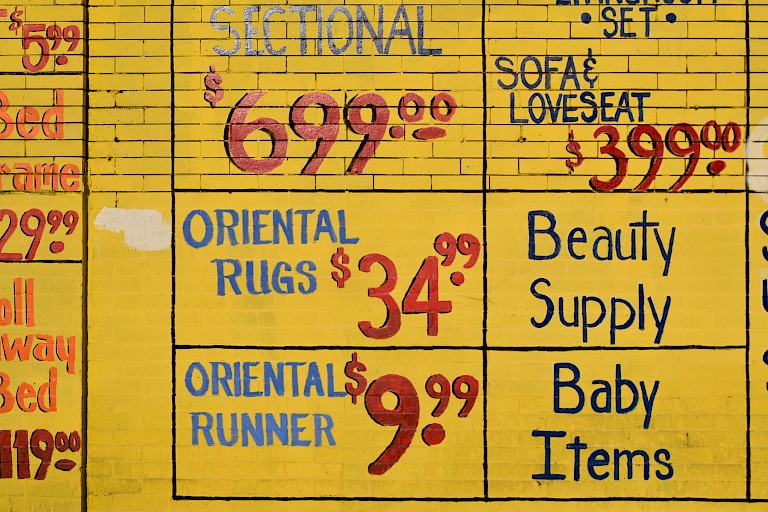 Amanda Williams’ multiyear project Color(ed) Theory overlayed her fascination with color onto intersections of race and place. Speaking to the experience of race within the social landscape of a city, she explained “In a city like Chicago and growing up black on the South Side, you cannot ever be separated from your race.” At the same time, she underscored the longstanding influence on her work of academic and theoretical examinations of color, making connections between her own lived experience and an analysis of color as subjective and existing in relationship with other colors. Describing the concept of relationality as “the first time that I was able to see my own neighborhood as a relational context,” she noted “Each color is affected by its neighbor. Each other is affected by its neighbor." Poetically tying together these themes of relational color as both an aesthetic tool and a racial signifier, she asserted, “Racism is my city’s vivid hue.”

From 2014-2016, Williams painted eight homes in Chicago’s Englewood neighborhood that were slated for demolition with bright, eye-catching colors. Each home was covered from foundation to roof in its monochrome hue, standing out as a brilliant anomaly. Williams’ chosen palette was derived from colors she grew up with—products and services marketed largely to Black communities during the 1960s-1980s that represented shared touch points and instances where consumer culture, memory, and community converge. These products—Pink Oil Moisturizer, Ultra Sheen Hair Grease, Harold’s Chicken Shack, Newport 100s/Loose Squares, Flamin’ Red Hots, Currency Exchange/Safe Passage, Crown Royal Bag—became a palette standing boldly out from its surroundings, from rich purple to vibrant orange, warm yellow, and deep teal.

With Color(ed) Theory, Williams harnessed the power of color, paint, and scale to draw attention, elicit memories, foster conversations, and point toward alternative futures. Summing up the approach, she explained that in so doing, she hoped to “Better understand color as both a medium and as an inescapable way that I am identified in society.” 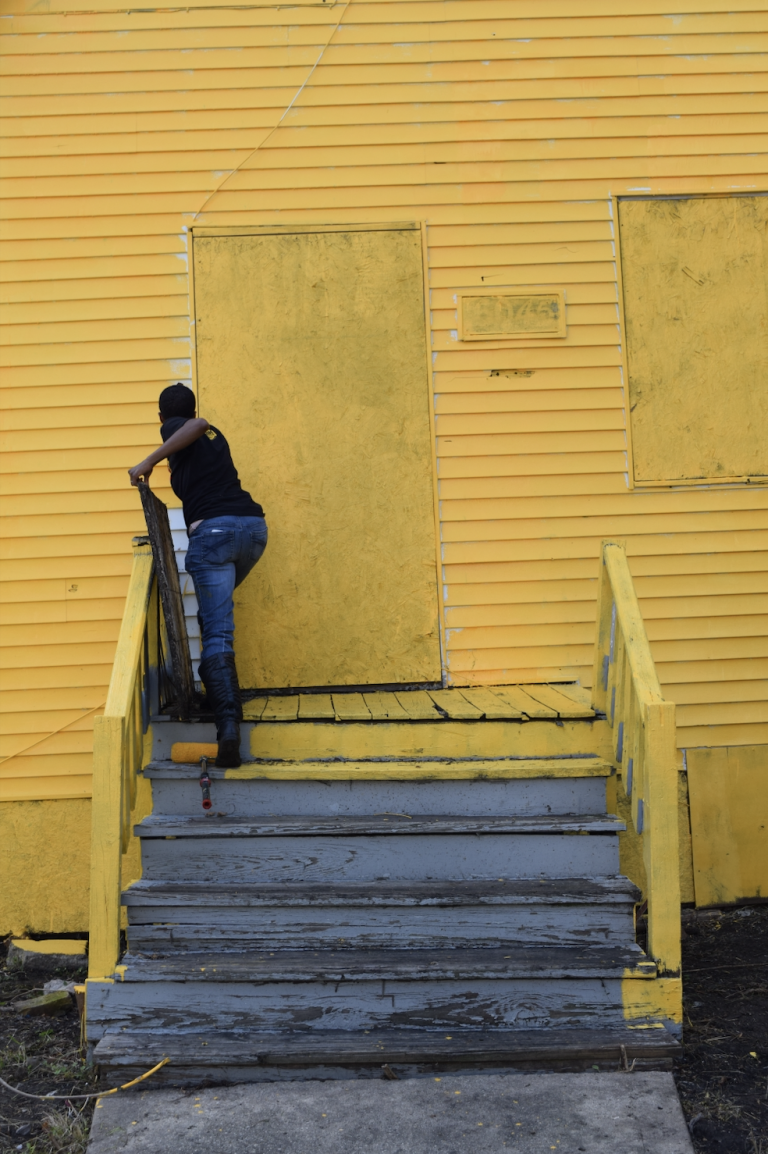 In her TED Talk, Williams described how her world came to be determined by someone else’s color palette. Outlining the history of racial segregation in Chicago, she shared maps with colorful, irregular, geometric parcels marking territories across the city—designating the neighborhoods where investments would and would not be concentrated. The spaces of her childhood, similar to the locations where Color(ed) Theory brightly dotted the landscape—were all zoned ‘red’ and deemed hazardous.

Writing on the many intertwined histories of racism that came to inform this contemporary geography, author Ta-Nehisi Coates underscored the “assiduous planning” behind Chicago’s racial segregation, from the Federal Housing Administration’s institution of maps for the direction of mortgage backing, to the echoing of these practices by the larger mortgage industry. These practices went hand-in-hand with broader institutionalized segregation, racial terror, white flight, and predatory lending practices, setting the stage for current disparities in home ownership.

Coates noted the dual sides of this history—a strong sense of belonging among neighbors that was nevertheless “premised on denying black people privileges enjoyed by white Americans.” These two sides of a coin are potently conveyed in Color(ed) Theory. Shared experiences and cultural memory are brightly foregrounded in the project's racialized palette. These same colorful symbols cast shadows and stains on the deeply embedded historical relationships of place, race, and inequity that continue today.

Emphasizing her continued interest in the meeting points of color, race, and space, Williams described her practice as “invested in constructing new potentials and narratives about personal identity and the connections of social and physical place.” In this vein, Color(ed) Theory, fits within a larger approach that “imagines artful ways to construct new narratives about zero-value landscapes that will allow them to shed an identify of victim and embrace instead the role of active protagonist.”

More recently, Williams is a founding member of the Black Reconstruction Collective, a group of 10 artists, architects, and designers who came together around an exhibition titled “Reconstructions: Architecture and Blackness in America,” at the Museum of Modern Art. Now a 501(c)3 nonprofit, the organization offers funding, design, and thought leadership in service to dismantling white supremacy and amplifying “knowledge production and spatial practices by individuals and organizations that further the reconstruction project.” Asking, “How can Black people move through spaces in ways that are self-determined?” Williams noted the possibilities that such reflection opens up: “To empower architecture as a vehicle for liberation and joy.”