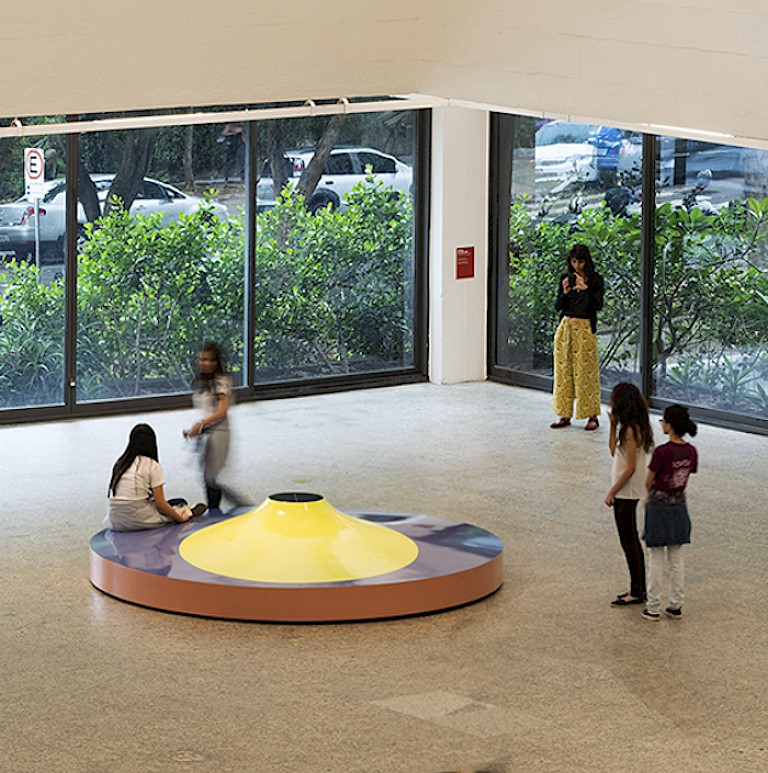 The Museu de Arte Sao Paolo is arguably one of the most famous buildings designed by Italian-born Brazilian modernist architect Lina Bo Bardi. The museum’s striking design is notable for many reasons among which is its suspension above a square. The building features a suspended volume, spanning 74 meters, held aloft by 4 concrete columns connected by two concrete beam running along the length of the building, with 2 floors of gallery above and below the ground floor. The open midsection of the building left the plaza open to Avenida Paulista, São Paulo's main financial and cultural avenue, and left the site unobstructed to the views of the lower-lying parts of the city, which was one of the conditions given by the local legislation when Bo Bardi received the commission for this project.

This design which bridges both necessity and concept is a unique feature of the MASP which Condorelli responds to through her piece created for the 2016 group show at the museum entitled Playground. In one of her drawings for the museum, 'Practical Belvedere Sculptures, Trianon Art Museum' (1968), Bo Bardi portrays the Free Range area as a playground for children. With this proposal, the museum would become a living, dynamic organism, where children (as well as adults) could access it and get to know its collection with curiosity and autonomy. Conversation Piece a set of two carousels designed by Celine Condorelli completes this vision of the museum as an active space. One carousel is installed inside the museum while the other is installed in the public outdoor square.

The two pieces were so-titled because Condorelli believed they were emblematic of the non-verbal conversation between people and form, form and the social. The interaction she strives to describe is one of the body rather than the intellect or just of eyes.

For Condorelli, playgrounds or play objects articulate certain ideas of what playing, childhood and culture are. Play is supposed to be low culture. Children allow adults to understand collective work in a completely different way.

It’s also about not being burdened by existing models and instead prioritizing a kind of spontaneous participation. Condorelli makes no claims to being a children’s or play specialist but her interest lies in taking the idea of authorship and the construction of process-based culture from the hands of artists alone, and protected objects. 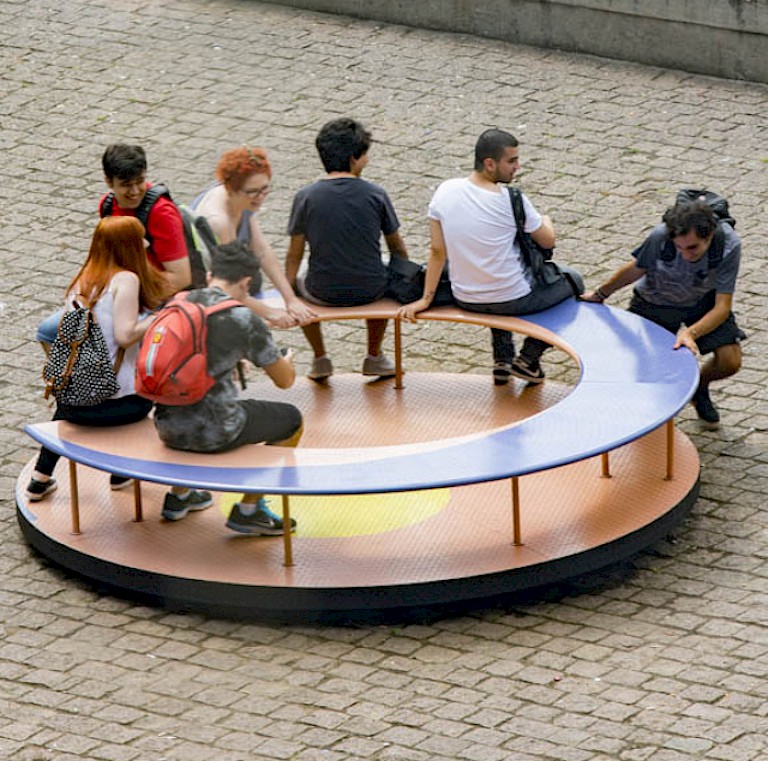 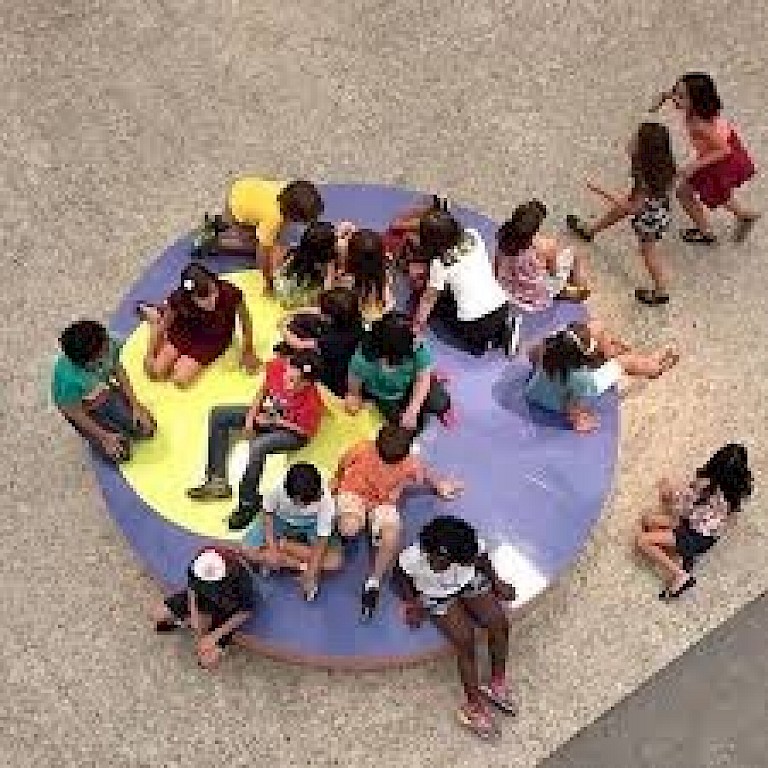 In a question posed to Condorelli in an interview asking her about how Conversation Piece was received at the MASP in Brazil, she responded:

“I don’t know really, but the one feedback I got was through Instagram; that’s how you know how people interact with you stuff and there’s a number of Instagram posts of people photographing their children, making little films with the carousels, posing, or whatever. That I think is the biggest compliment.”

For Condorelli, the stress on producing the object has always been independent of the way the object is received. As the title suggests, the opening of an avenue for conversation is the sufficient gesture. The well-crafted nature of her installations and objects ascertain their positive reception.

Explorations of play that are cognizant of the public spaces in which they are installed and also seek to de-hierarchize existing systems of knowledge by inviting a sensory interaction by the young visitors of spaces are what makes Condorelli’s Conversation Piece very special. This work’s success is further exemplified by the manner in which it inspired continued research and artistic production in the years that followed. Her experimentation with further structures of play in collaboration with different art spaces has become one of the hallmarks of Condorelli’s artistic practice.

Her work with MASP remains special to this day because of the intimate connection with the work of Lina Bo Bardi whose architecture, research, and writings informed the usage of space and the ideas behind activating the art museum beyond its traditional functions.