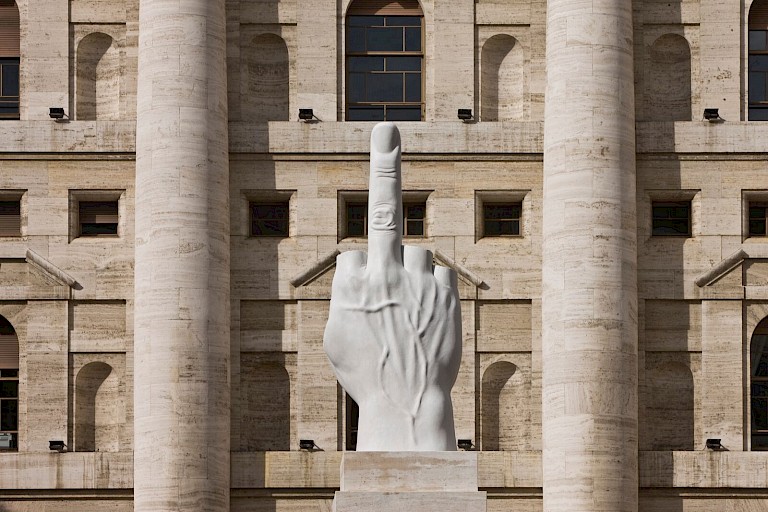 At the very centre of Piazza Affari, the square in Milan where the Italian stock exchange has its headquarters, is a marble statue depicting a hand with its middle finger extended. If you look closely, you’ll see that the other fingers are not flexed, butappear to be cut off; mimicing historical sculptures that are eroded over time.

If it weren’t for the severed fingers, “L.O.V.E.” by Maurizio Cattelan would show the infamous fascist salutation, and this can be interpreted as a political statement. The work sits outside of Palazzo Mezzanotte, a fascist-era building and is home to the headquarters of Milan's stock exchange. "L.O.V.E.", known in Italian as "Il Dito" (the figner) is consdiered a comment on the economic recession and the protest against high finance which followed.

“L.O.V.E.” by Maurizio Cattelan placed in Piazza Affari in Milan. The 36-foot marble sculpture is placed outside the stock exchange in Italy’s financial capital. The giant marble middle finger is a controversial symbol greeting Piazza Affari and its grandest building, the 1932 Palazzo Mezzanotte, the stock exchange headquarters, which is a hallmark of Fascist architecture.

Cattelan described the sculpture “L.O.V.E.” as an anti-fascist statement. He transformed Italy’s Fascist hand salute from the 1930s by cutting off the fingers and mutilating the hand. The artist stated he was criticizing the totalitarianism that ravaged Europe in the last century. It also comments of the recent financial crisis and serves as an everyday reminder to the traders of the Milanese stock exhange of this event.

Cattelan created this sculpture as a donation to the city of Milan as an anti-fascist statement. The sculpture was privately funded and installed temporarily in the plaza, inaugurated by the Mayor of Milan, Letizia Moratti. After it's installation in the high-profile Piazza Affari, the city and the new mayor, Giuliano Pisapia, decided to keep the sculpture on permanent display for at least the next forty years. 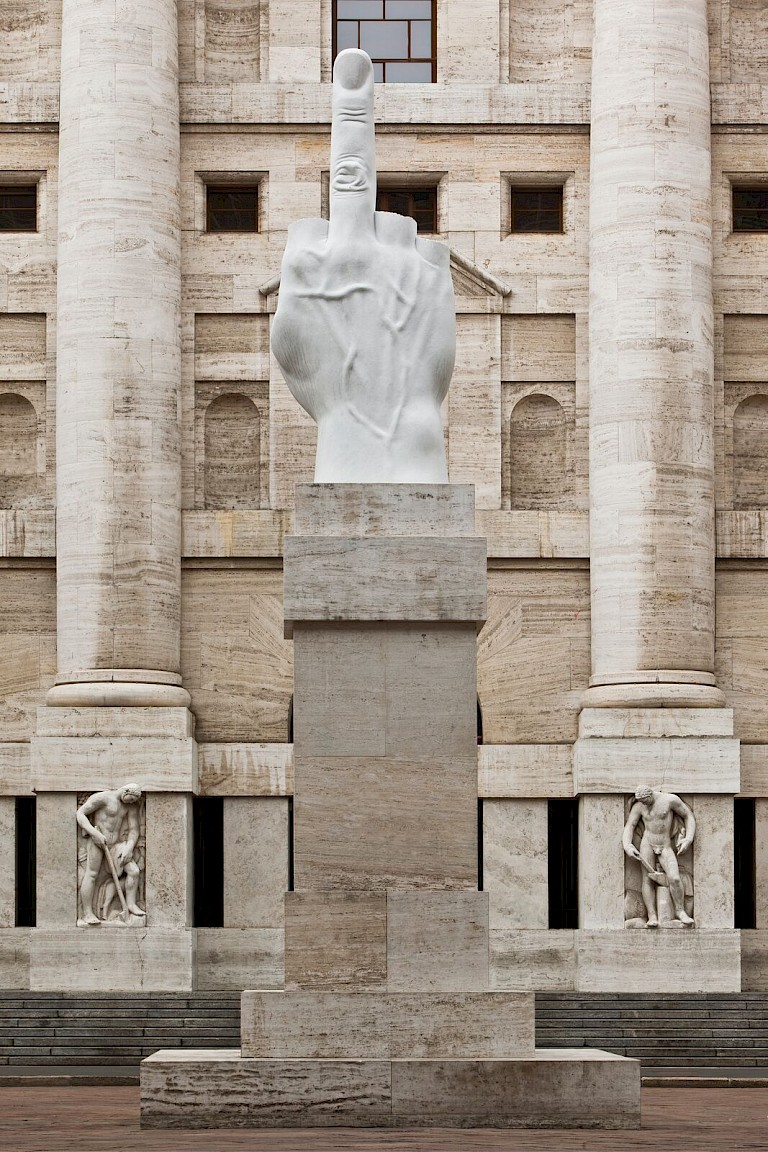 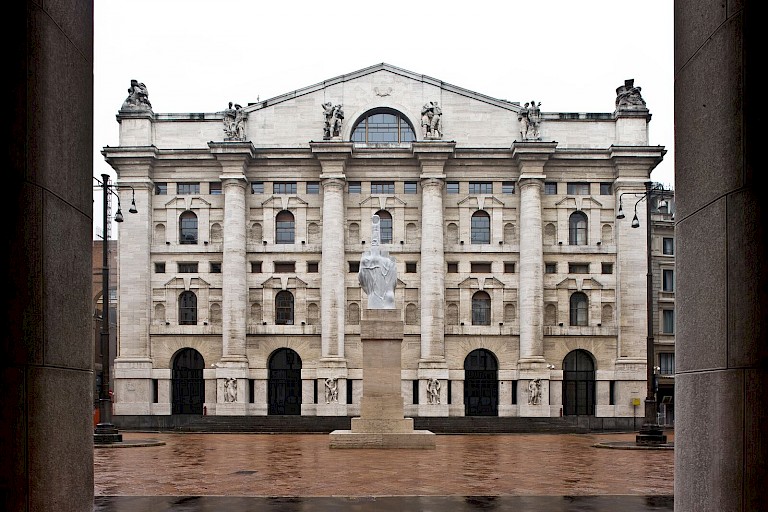 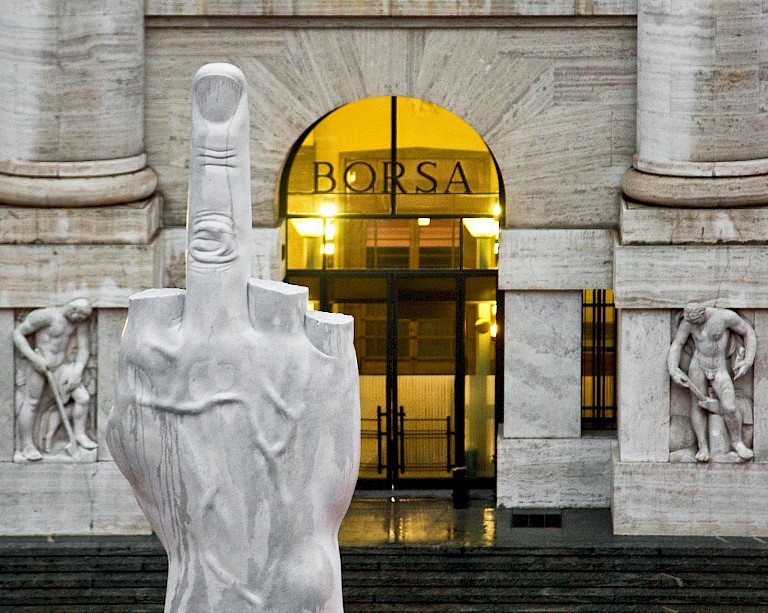 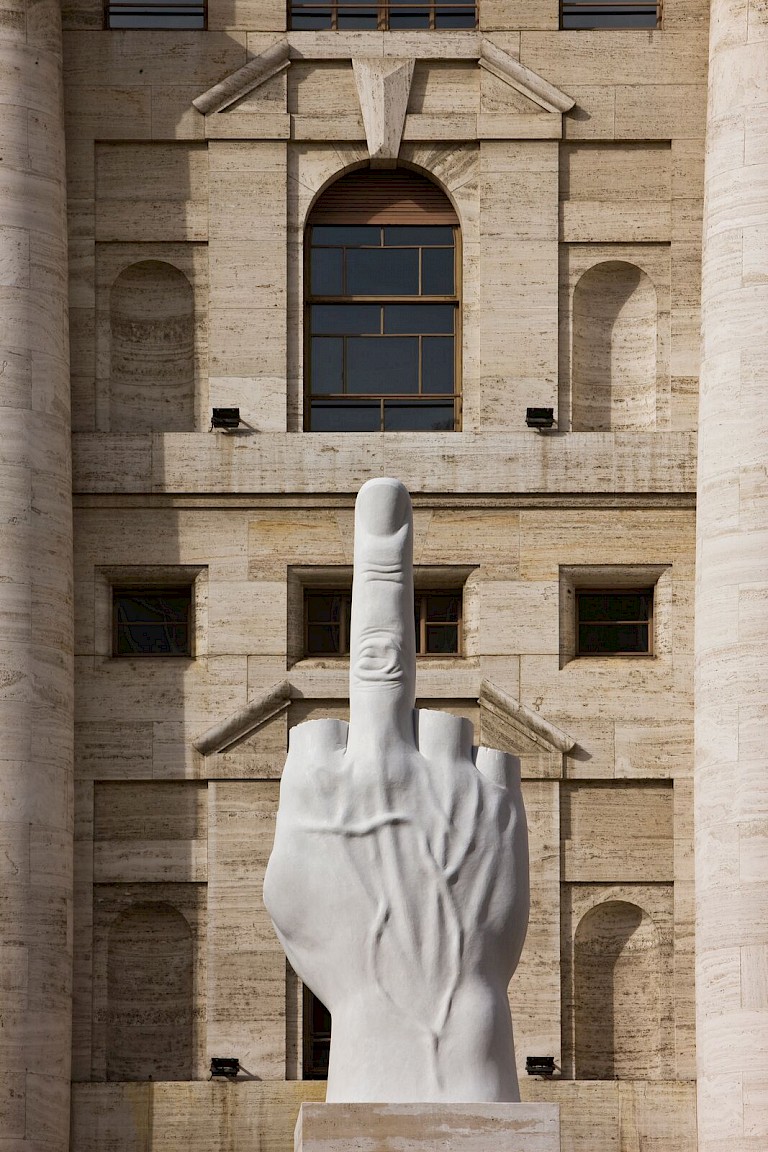