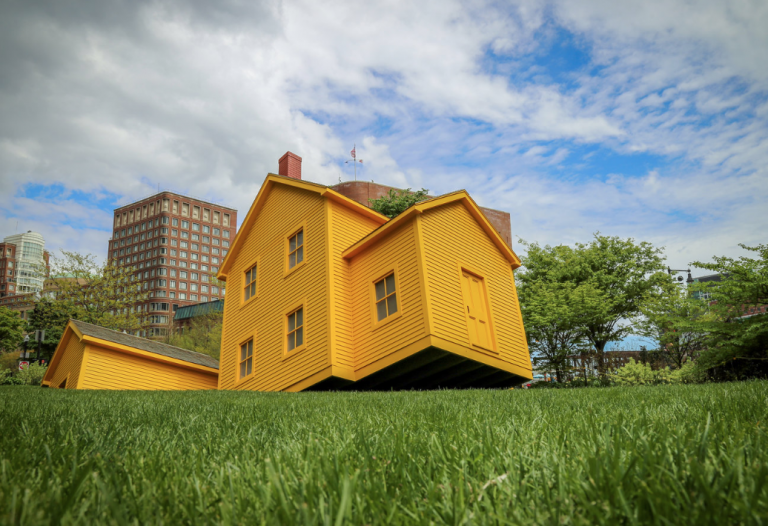 The Meeting House serves as memorial; references two significant parts of New England history: the small house-like structure is a reminder of the thousands of displaced residents and demolished homes that resulted from the city’s elevated highway infrastructure project.

Artist Mark Reigelman developed “The Meeting House” as part of the Rose Kennedy Greenway public art projects. These projects came about after the “Big “Dig” in Boston, which put highways underground. This left a serpentine scar through the city, destroyed a huge section of downtown, displaced people, and destroyed homes. The result, however, is an amazing public space. Mark was interested in this site as a way to explore the duality of transport above and below ground, and trying to figure out how an object could elude to activity in both spaces. He was also interested in showcasing the utilitarian nature of architecture in New England, and “The Meeting House” concept was developed. People were drawn to the concept immediately; in sketch form people thought the house was sinking.

As an almost exact replica of the Pembroke Friends Meeting House, this project connected the two worlds above and below, and brought attention to the infrastructure history of the site. “The Meeting House” also emphasized the quintessential New England architecture of meeting houses, and what they represent, from truth telling and gender equality, topics that are considered progressive ideas today.

In developing the concept, Mark realized color and angle were key factors in the project. Determining the color of the house was a long process. He rendered it in every quintessential New England architecture house color imaginable, from deep purples, to greens, blues, reds and yellows. He landed on yellow as it was a happy color invoking a visceral reaction from visitors as their immediate reaction was to smile. It was uplifting and created a sense of levity to a project with many layers.

In original sketches of the sinking house, it was level to the ground. This was relatively uninteresting. It had a sense of whimsy, but was not as dynamic as Mark wanted the project to be. He wanted it to look like a giant tossed it from a distance, or that the house started sinking. It was more dramatic and organic when being submerged at an angle. This angle also created nice shade and shadows – when the entry is coming out of the ground the angles become exaggerated when moving around the piece.

“The Meeting House” is essentially two structures – a house and a garage or shed. The angle at which the house intersects with the ground creates opportunities for visitors to interact with both sculptures. Visitors climbed on the roof or laid under the floor boards. Visitors were able to investigate all parts of the house. The project was not just about the architectural form of a meeting house, it created an overall experience for visitors, and some likened it to the house in the Wizard of OZ.

The project was built by a team of collaborators. While Mark is the creative engine behind the works, he teams with brilliant fabricators, installers, transporters, safety experts, and more, in addition to his studio team, which varies from projects to projects.

Mark’s work in general focuses on public space, social interaction and positive ramifications of promoting social interactions through public works. Whatever the output is, the ultimate function is to get people to say hello or have eye contact with one another. These are very subtle but important markers of a functioning society. 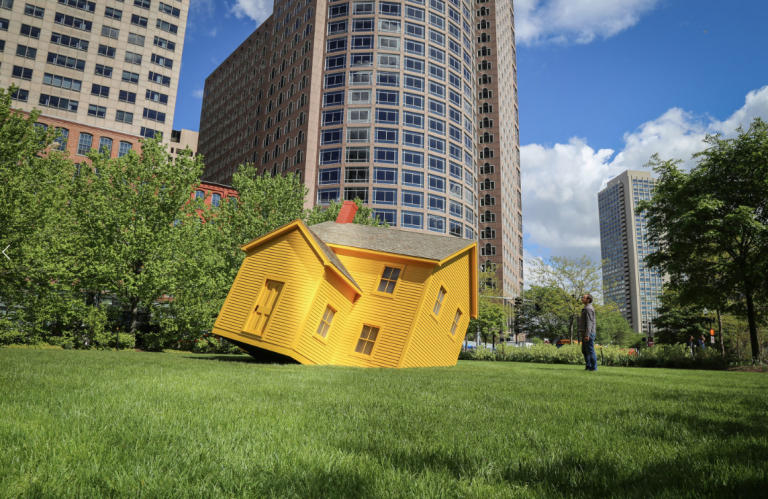 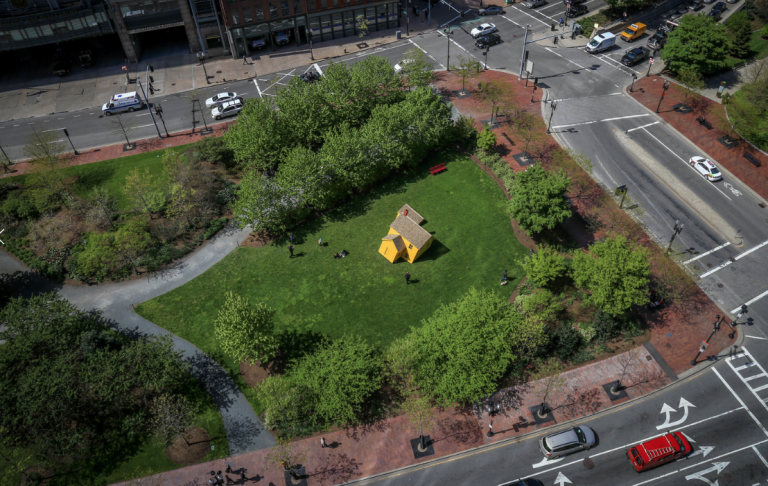 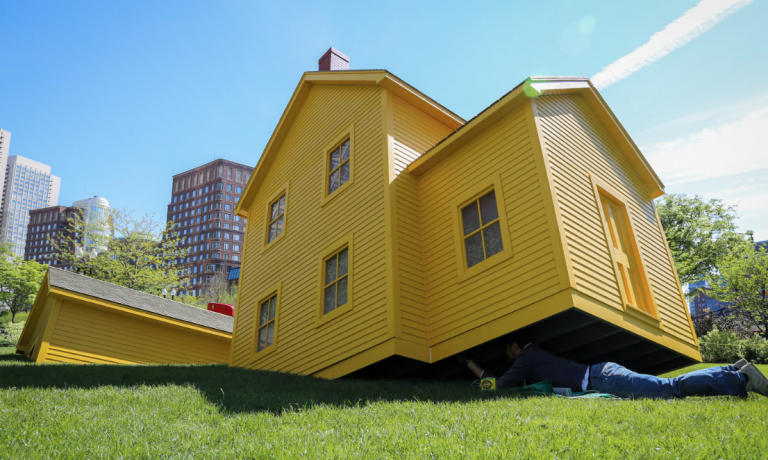