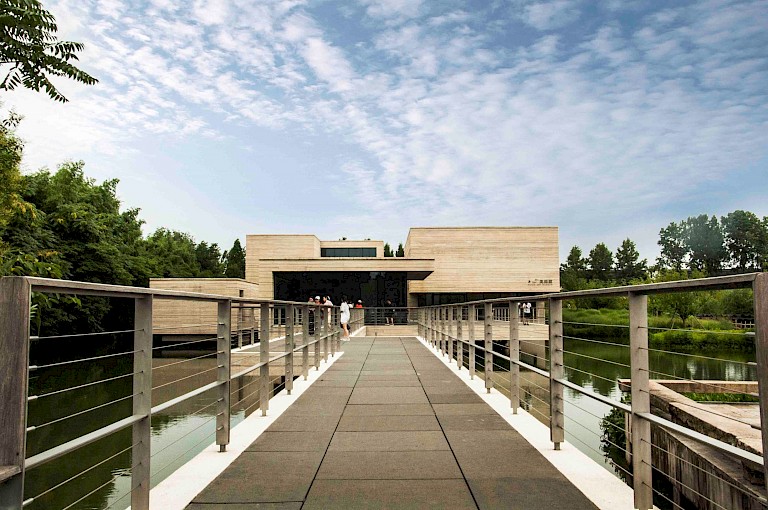 Wooden Heart (1927-2011) Wuzhen people, since childhood, loves painting, literature, practicing piano and composing music. In 1946, he entered Shanghai Academy of Fine Arts and in 1949 he was the president of Hangzhou Painting Research Institute.

After the fifties, he was a middle school teacher and a Shanghai arts and crafts designer. He wrote privately and accumulated 20 works. Three times before and after being imprisoned, 66 pages of manuscripts were put into prison. In 1979, he was rehabilitated and he served as Secretary-General of the Arts and Crafts Association. In 1982 moved to New York. He resumed painting and writing, and published more than thirty poems and anthologies on both sides of the Taiwan Strait. During the same period, painting was not awkward. In the new century, Muxin was invited to Wuzhen, the home town, and settled in 2006. Died in 2011. In the same year, Wuzhen built "Muxin Art Museum" for it.

The Muxin Museum is located on the north side of Wuzhen Xizha and above the Yuanbao Lake and is adjacent to the Wuzhen Grand Theatre. The museum not only provides a complete literature for the study of wooden hearts, but also an academic space between the past and the future.

In the layout of the city, the buildings and streets of Wuzhen are urban textures that are stretched by the cross of rivers and rivers in the south of the Yangtze River. The streets are twisted by the changes in the terrain, and the buildings are built up against the water, forming a messy and orderly compositional aesthetic. The Muxin Art Museum is just like a section of this order, which explains Wuzhen.

In the architectural design, the museum becomes a space that blends in with the local landscape. Each facade is connected to the "water" and "street" through different texture patterns and colors built by concrete to echo the millennium water town of Wuzhen. The urban texture has become a three-dimensional Chinese painting in the overall artistic conception.

In the interior space design of the building, each volume space is intertwined, and the “street” interspersed with each space is like a bridge between the museum and the visitors. While experiencing the space expansion, it is also in the heart of Mr. The complex world is engaged in dialogue.

OLI Architecture PLLC is not only the art museum owned by Mu Xin but also the common space in Wuzhen. The choice of the color and material of this building represents not only the reading of Mr. Mu Xin but also the return to Wuzhen. As for the spatial design, on the basis of satisfying the needs of the display function, the museum not only completely represents the living conditions of Mr. Muxin during his lifetime in the spatial atmosphere rendered by lighting and space but also holds a spatial conversation with him through the motion sense of the facial features in the process of the public spatial participation.

The Muxin Art Museum is managed by Ieoh Ming Pei and OLI’s Fabian Servagnat and is designed and constructed under the supervision of Hiroshi Okamoto and Bing Lin. In addition, it is funded by the Cultural Wuzhen Limited., Co and constructed by Jujiang Construction Group. 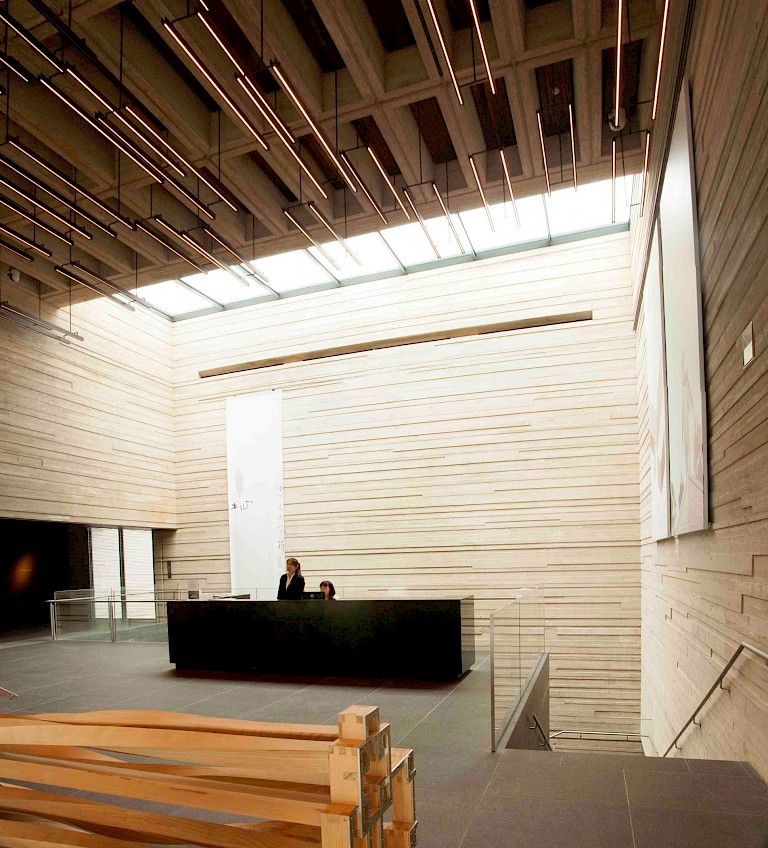 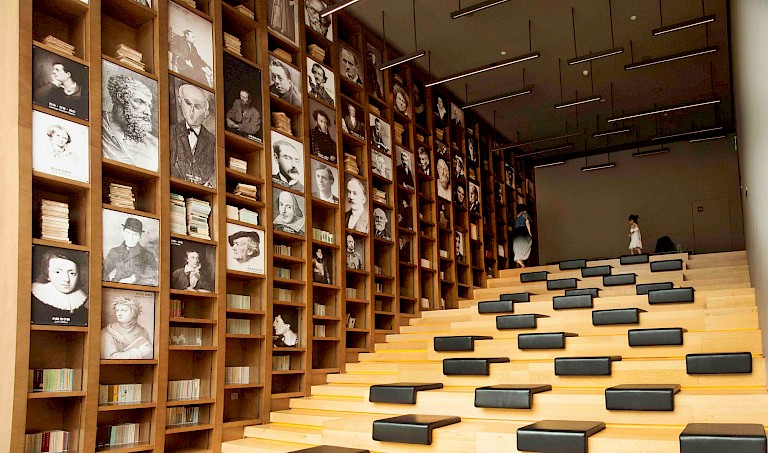