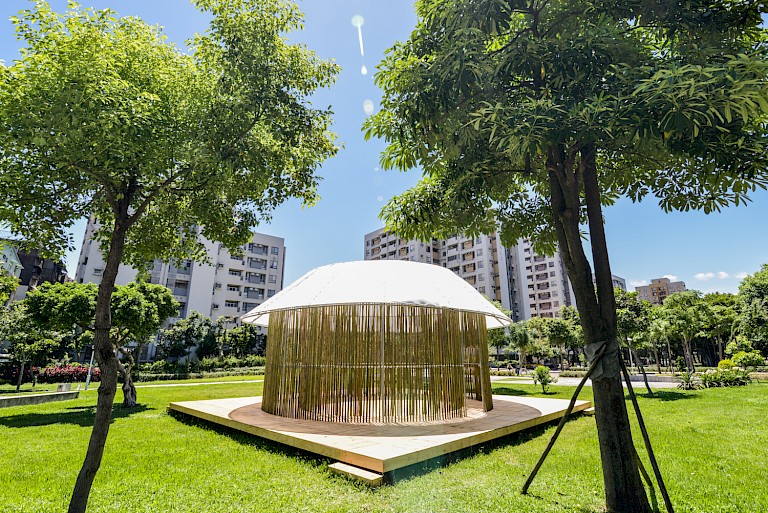 The neighborhood surrounding An Bang Park is an epitome of Taiwan’s socio-political development. Over a century, new elements have merged with old ones through the alternation of generations, while new residents became old inhabitants, together receiving new comers from different places.

The title of this project refers to “land memory,” hoping to establish a vision of “cultural identity and memory participation” in the process of public art initiation through changes of land texture in Zhonghe District where An Bang Park is located.

Memory is never “absolutely” in consistent clarity on its own, whereas it is “relatively” obscure in the long, changeable river of time. Therefore, we call it “history” or “hyper-story.” Every city has its own story, whose womb nurtures the growth of each resident. Coming out of a family and a land to write “a story of one’s own” in the city is to “reconnect with memories,” which is the final purpose of searching for memory “coordinates” as a way to realize the glory of personal identity and to be identified through collective participation. In the end, it is a wish that a city’s memories may write in the history of one’s own family and land, becoming a series of endless targets of migration and growth.

New Park Zhonghe is a participatory public art project, created by artists Ming-hung Yen, Jui-chen Huang, Yi-ling Liao, and Geng-mao Huang. It traces the local soil and water conditions, botanical colors, human stories, and housing materials, prompting the neighboring old and new immigrants to gain a broader perspective of “recognition” and “identification” with this land. The axial extension of the base area has resonated with all the participants to have a bigger dream of life.

This project, under limited time and budget, exploited various types of plans to enhance “collective public participation.” The diverse ethnic groups in Zhonghe have been revealed from elders’ oral descriptions of local family migrations, while emotional memories of individuals and communities have been discovered, together gradually reconstructing a bigger land memory. In each campaign, every urban participant was catalyzed to become a viewer, brining public art and creative concepts of environmentalism--coexistence of humans and nature--into communities and campuses. The meaning of public art, not merely some newly installed works in public spaces, has been accentuated through the interaction and interpretation of local folks.

The cultural development of a land states the immigrant stories of different ethnic groups at various times. The project comprises the following phases:
1. The meaningful confirmation of regional axes and spatial coordinates.
2. Social groups were organized in connection, and story texts were combined.
3. Centered on An Bang Park, the radiating development of 11 new construction sites was covered for collecting soil DNA.
4. The exhibition of soil DNA was set up on the southern base.
5. The temporary main installation work was set up on the southern lawn.
6. The clay bodies of pottery wares were made of Zhonghe soil DNA as materials for the future environmental facility.
7.Raku program.
8. Through the participation and discussion of residents, the form and contents of the environmental installation, “An Bang Pottery Tiles,” were determined.
9. The permanent installation work was completed. 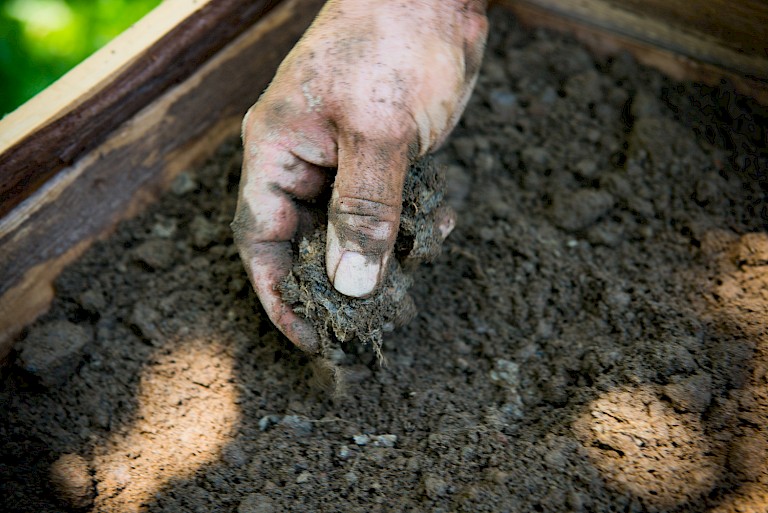 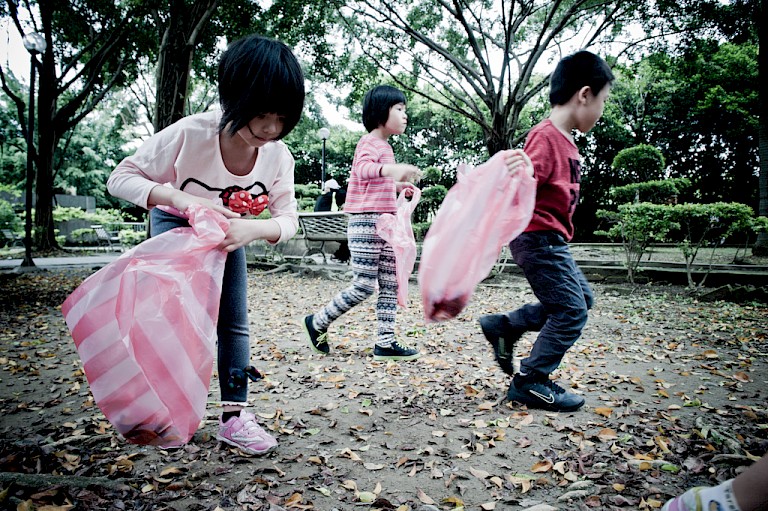 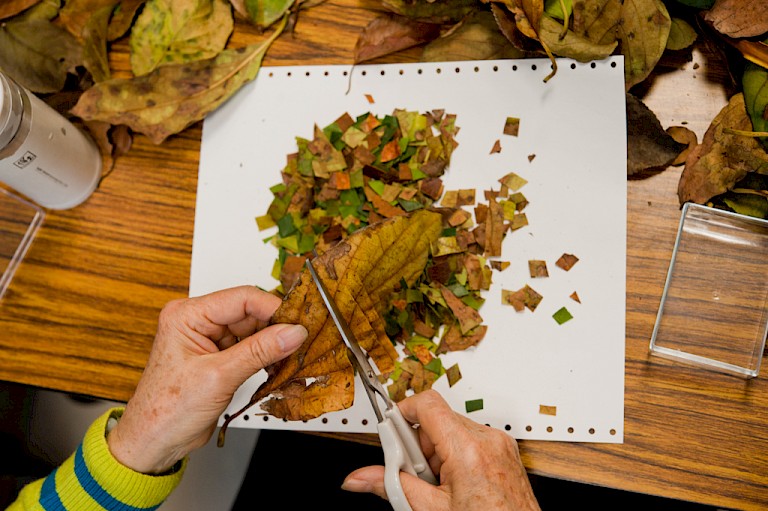 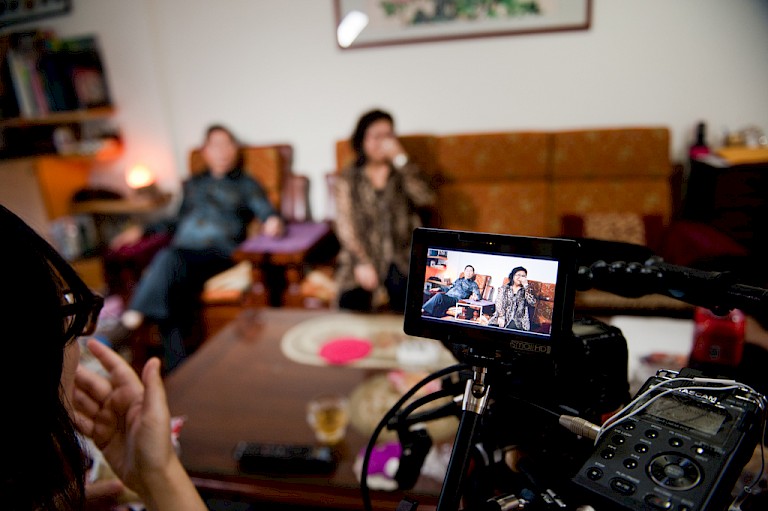 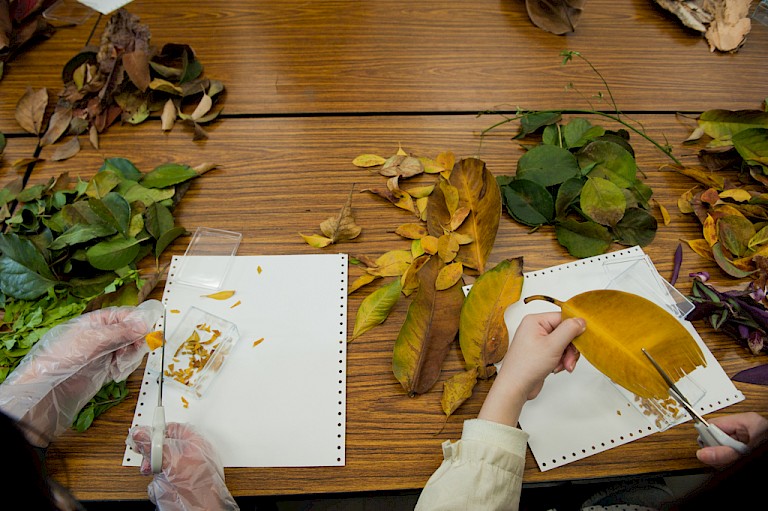 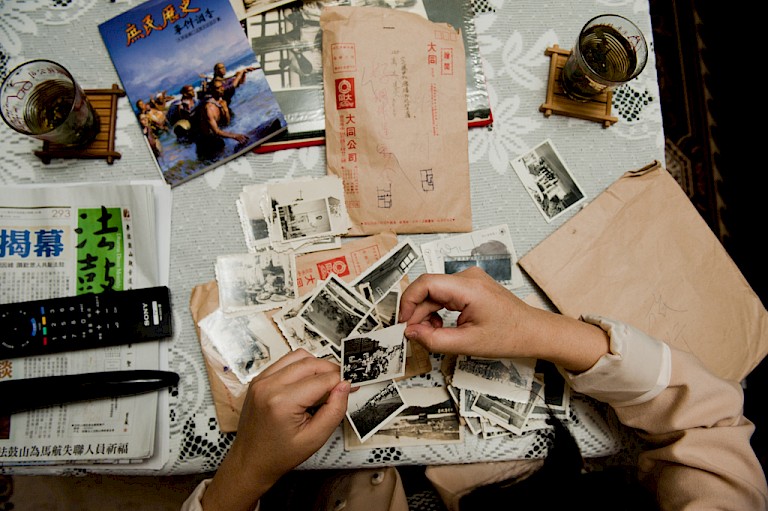