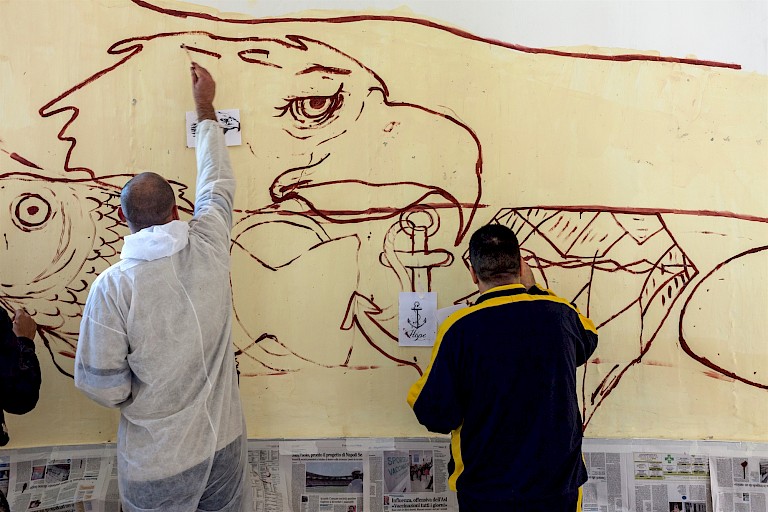 ARTIST: Collectivo FX, Nemo's
ARTWORK/YEAR: Non me la racconti giusta (You are not being straight with me) (2016 - ongoing)
REGION: Eurasia
RESEARCHER: Federica Buonsante

Often neglected by the institutions, prisons represent an uncomfortable dimension to society, especially to the Italian country. An high public spending, overpopulation and a slow and heavy bureaucratic system make everything more difficult to handle. Managed with few resources and very often with little incisive directions, Italian prisons leave few opportunity for its prisoners to reach a social redemption through work. In fact, according to most recent statistics only the 30% of prisoners actually work, 82% of which do job that are not spendable outside (http://www.antigone.it/quattordicesimo-rapporto-sulle-condizioni-di-detenzione/) as a result highest amount of criminals strive to find a placement, and are more likely to recommit crimes after being released.

In November the Collective Fx, and Nemo's, Ziguline Magazine and the photographer Antonio Sena started a social action called “Non me la racconti giusta" (en. lit. You are not being straight with me). The goal of this project is to draw attention to the Italian prison system, often underestimated by public opinion to understand where it is located in our society and to challenge its function, questioning whether detention in Italy is rehabilitative or merely punitive. The project consisted in number of large scale wall painting realized in three Italian prisons: the first two being held in Ariano Irpino Jailhouse and the Jailhouse of Sant'Angelo dei Lombardi, the province of Avellino; an the third one in Rimini Cassetti. During the whole process, the prisoners are given the opportunity to test themselves in a cultural project, wholly designed and built by them and for them, and not introduced from the outside. The artists become guides and social facilitators, while the prisoners are not only mere users, but real project managers, responsible for the entire creative process.At the very beginning of the project, the artists observed and evaluated the context of each specific prison, researching the related problems and identifying the best strategies to be adopted. Specifically, the first days were dedicated to mutual knowledge amongst the prisoners and artists. A work table was created to discuss themes and define subjects of interest to the inmates, to elaborate a shared vision along with a design draft, representative for the entire prison community.

The selection of the subject was different for every prison and was decided during the open table discussions amongst the artist and the prisoners. Mostly the artworks consisted in a transposition and reinterpretation of mythological and popular figures. For instance, in Arinao Irpino (AV), the mural depicted the Ulysses; in San’ Angelo dei Lombardi (AV) it depicted a flying Totò; in Rimini Cassetti two artwork were realized form two different groups: the first one, realized by a team transexual prisoners, was freely inspired by the “Angel” of Da Vinci; the second one realized by a group of recovering addicts, reinterpreted the myth of Andromeda.

The value of this project lies on the social urgency of the matter, the uncomfortable and mostly forgotten dimension of prisons in Italy, lacks any chances to provide its inmates the opportunity to rehabilitate and reintegrate in society. Its success lies on the combination of art and social work, that translate in the extraordinary close relationship established amongst artist and prisoner. The artist is a facilitator, while artistic practice is conceived for its pedagogical functions. The elimination of hierarchies, an engaging and opened environment all contributed to reshape the meaning of art, in many cases still seen as vandalistic act or merely decorative. This experimental-pedagogical approach allowed to establish a trust-empathic relationship between the community of prisoners and the artists, that last even after the project. By involving detainees in the decision-making and creative process, the prisoner is empowered, as to make them feel an integral and central part in the success of the project. The result is a sense of responsibility and self-confidence towards the artists, towards their colleagues and, above all, towards themselves and the world. 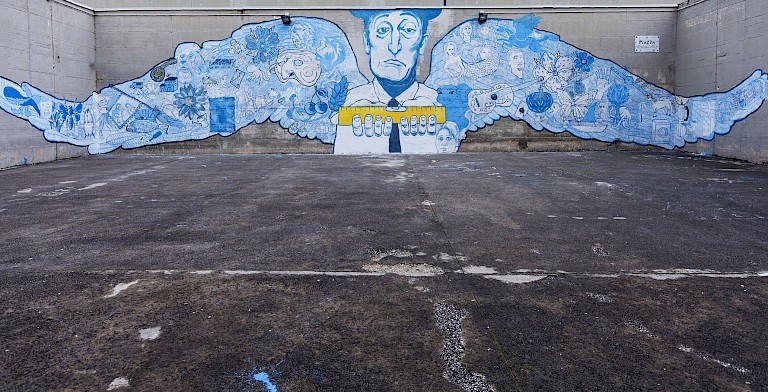 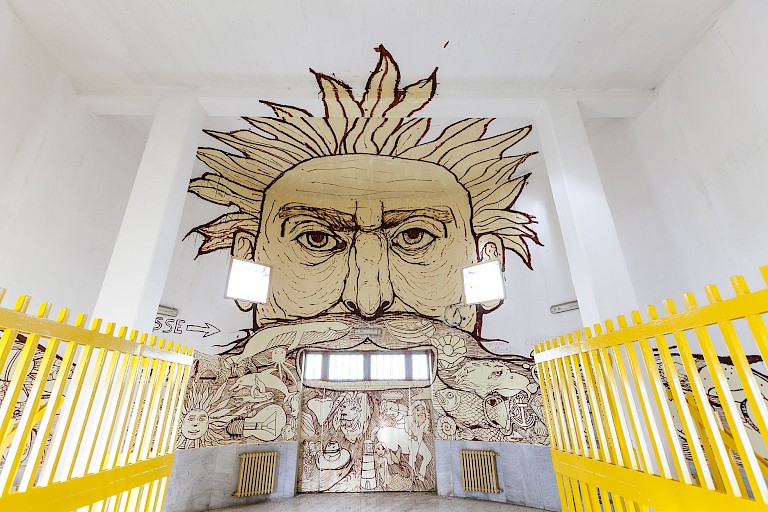 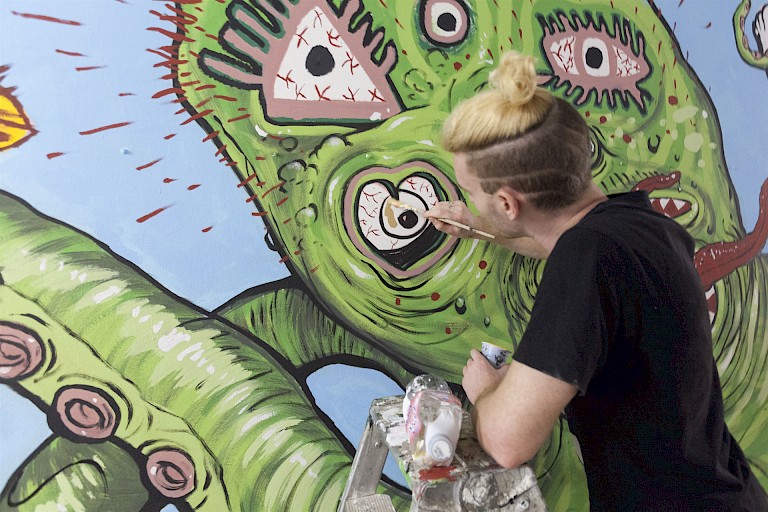 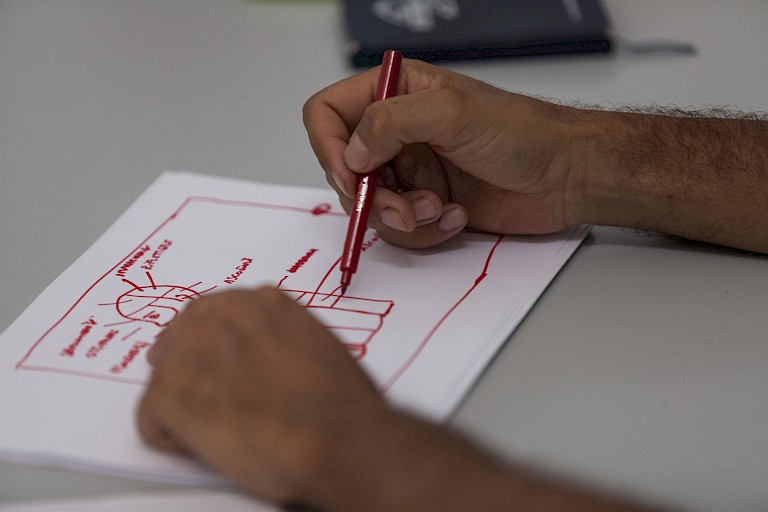 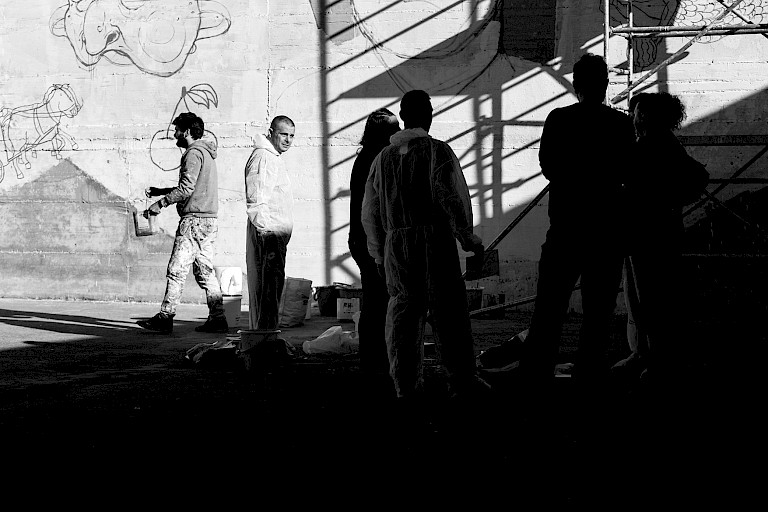 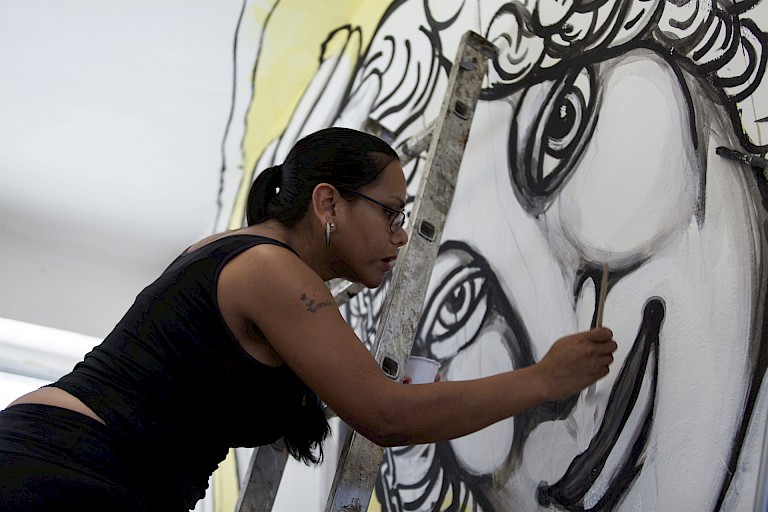 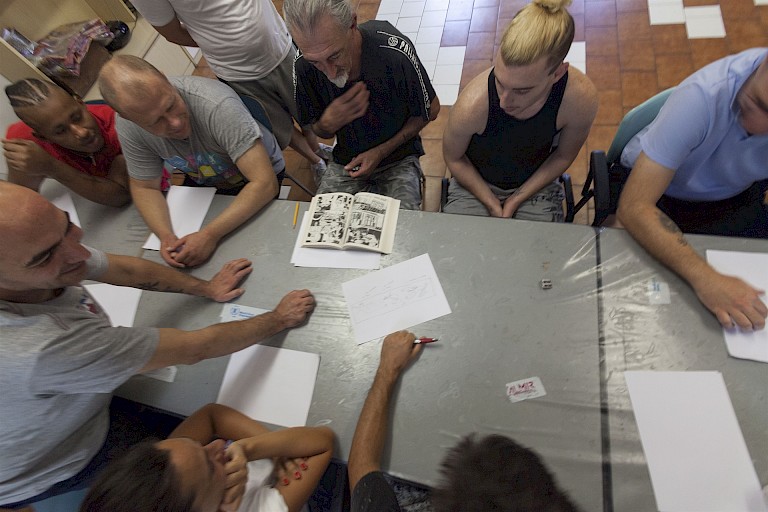