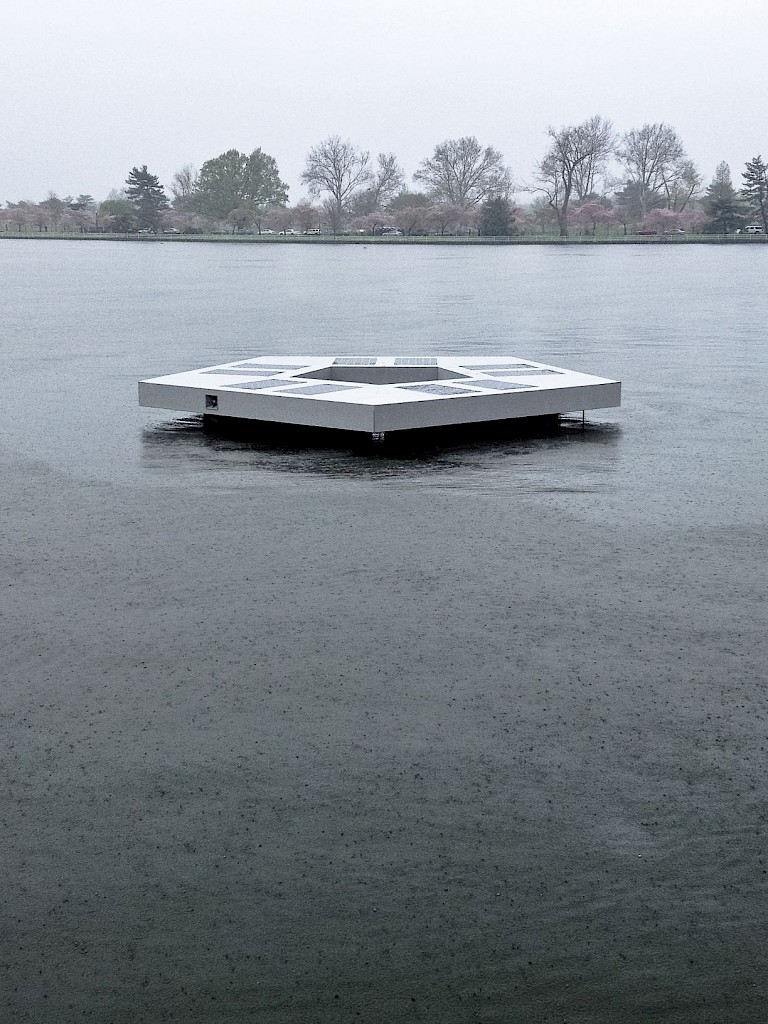 The Polygonal Address System, by artists Steve Badgett and Deborah Stratman, was a monumental pentagonal raft, 30 feet across, anchored in the Washington Channel, a federal waterway between the Waterfront and Haynes Point in the District of Columbia. The raft was entirely solar powered and spinning under the power of electric motors during daylight hours. A sound component was provided by loudspeakers, which announced a wide range of historic sound recordings primarily from public addresses and protests made in the District. The PA System was inspired, in part, by Abbie Hoffman’s “Levitate the Pentagon” that back in 1967 created a playful spectacle, an absurdist response to the absurdist reality of war in Vietnam that served as a predecessor to many creative actions over the past 45 years. The Polygonal Address System serves as reminder of historical events that have entered into a dialogue with the politics and the power system, shaping the American experience and creating agency.

The project Polygonal Address System, was a playful project that allow people to rethink the political self. The project serves as an archive of the language that transformed a nation through historical speeches, creating a playful memorial that reminds us of the need for agency and transformation. 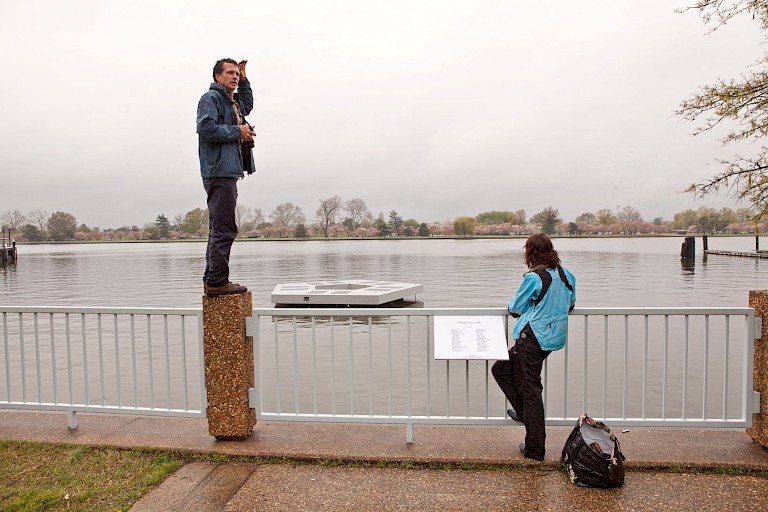 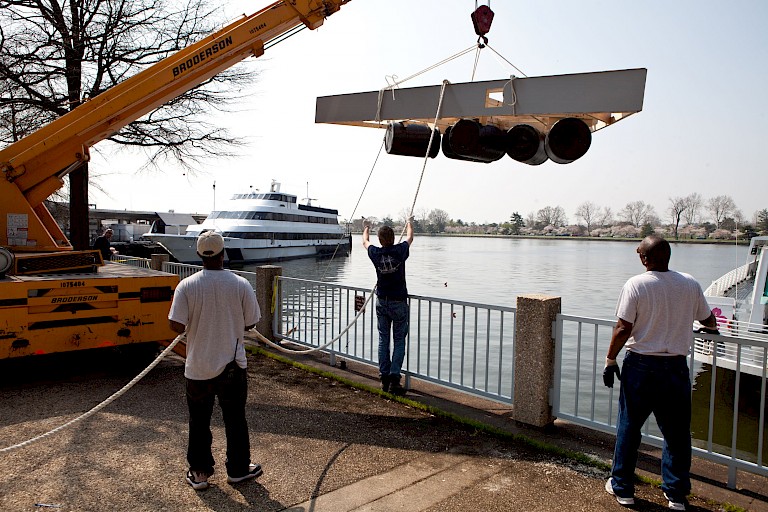 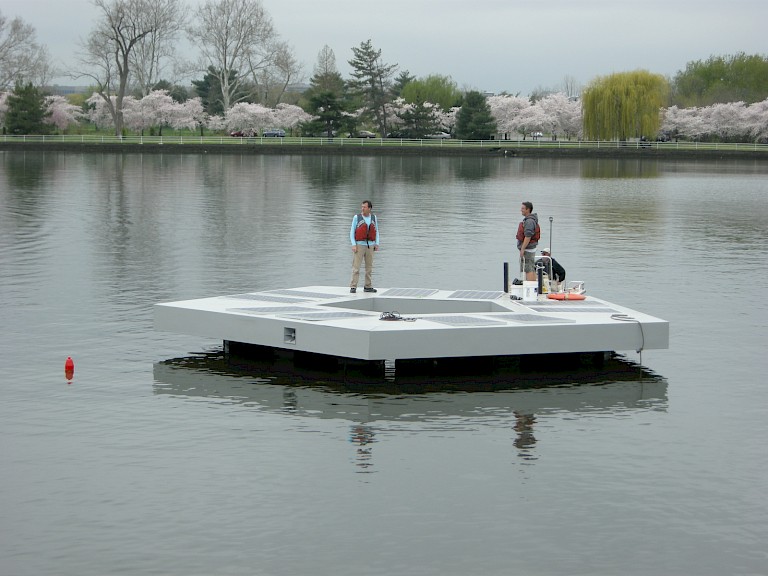 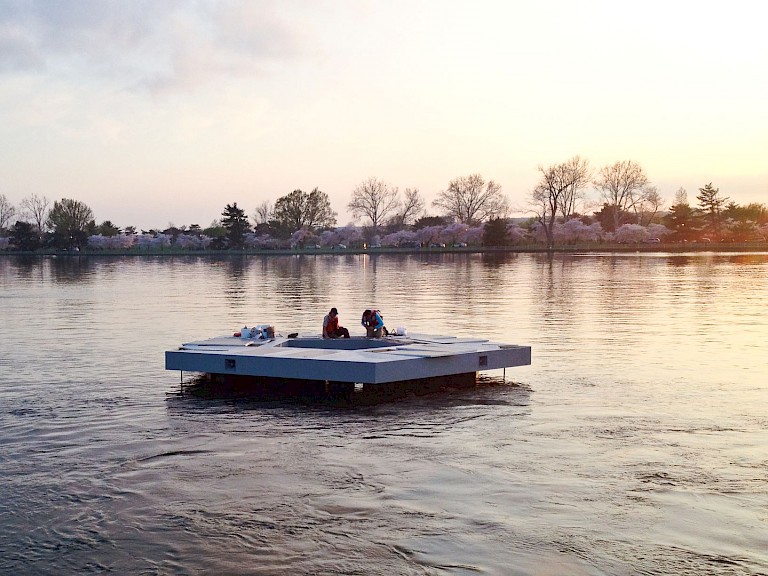