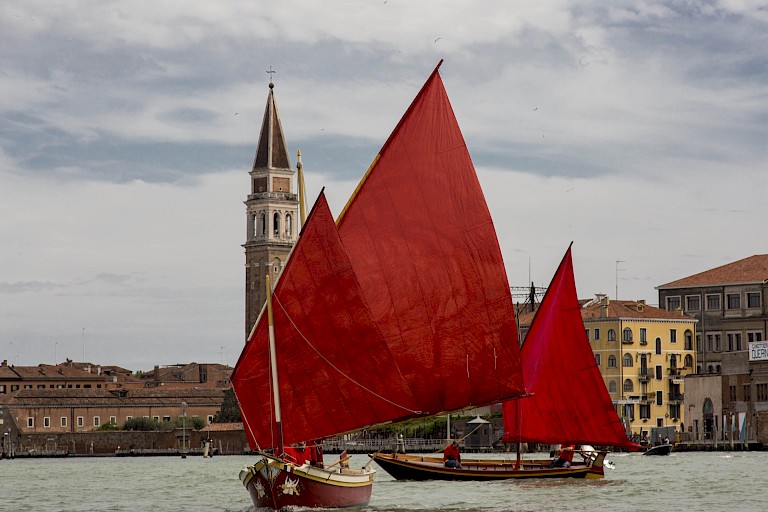 Red Regatta were large-scale site-specific performances in the waterways of Venice, which included a collective performance in which 52 traditional Venetian boats sailed a loop between the islands of San Servolo and Poveglia. Typical for the Adriatic and characterized by trapezoidal shaped sails, each boat had their sails hand painted by locals in different shades of red. The aim being to narrate the maritime culture and history of Venice, whose survival and identity is threatened by climate change and mass tourism. Independent from the Biennale, Melissa McGill used the lagoon itself as a canvas for the local community to reclaim their right to public space. Every sailboat was equipped by custom-made sails, hand-painted in 52 different shades of red (colour associated to Venetian cultural identity as “Rosso Veneziano”). Red Regatta is the first artwork to be registered as a CLEAN REGATTA, a program of Sailors for the Sea that mobilizes sailors to protect the ocean through education and activism. 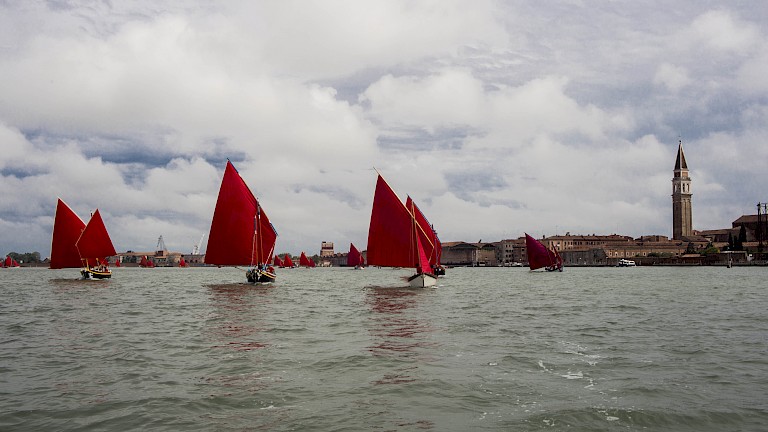 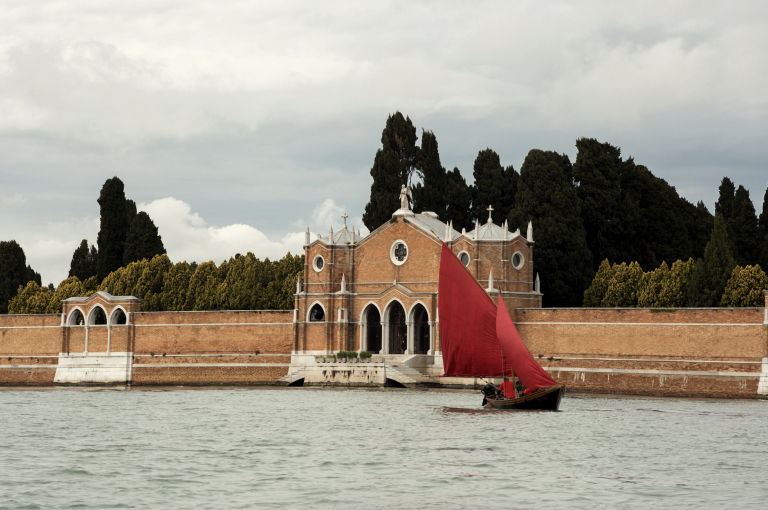 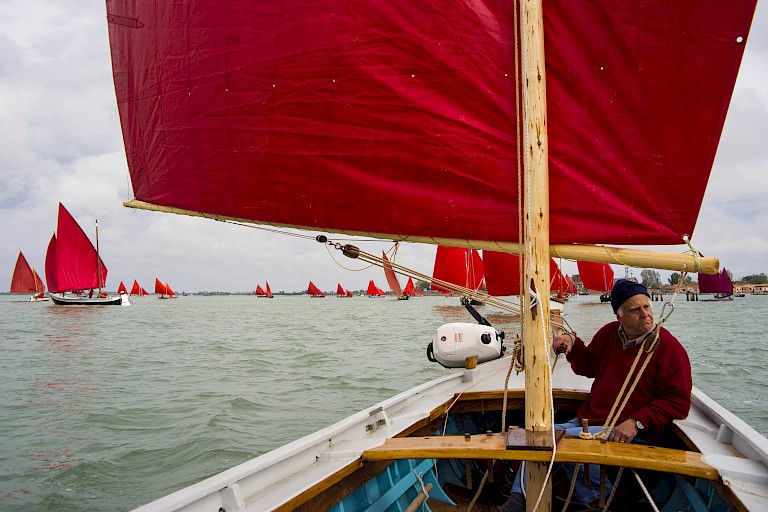 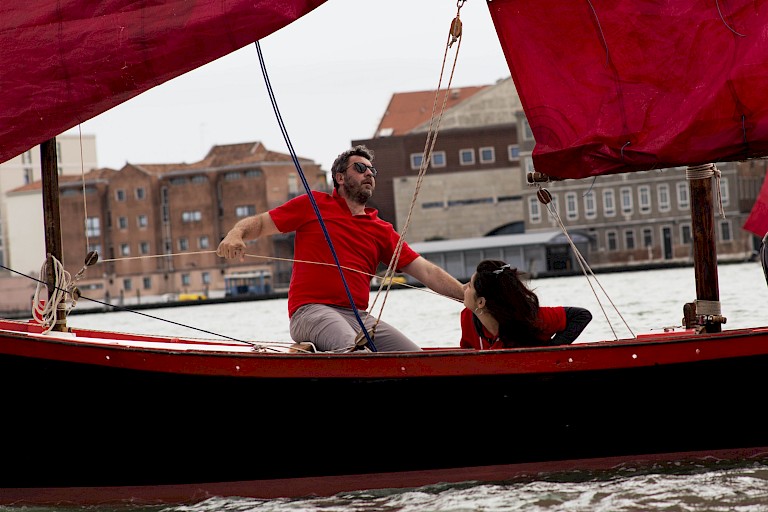 Venetians have been sailing the vela al terzo boats in the city’s waterways and lagoon for over a thousand years. Designed with a removable mast for passing under low bridges and a flat bottom to navigate shallow water, these wooden vessels have been a feature of lagoon life for centuries. Vela al terzo boats traditionally hoist sails painted with identifying graphics in earthy colors, representing each sailor’s family.

With Red Regatta, Melissa McGill celebrates the city’s maritime history and calls attention to forces she feels threaten its future. Venice’s vela al terzo boats serve as a symbol of the stark changes McGill has observed in the city since she first lived there almost 30 years ago, since when she has seen Venice eroded by depopulation, the looming threat of climate change and by the damaging impact of mass tourism.

McGills performative regattas involved fifty-two vela al terzo vessels, sailing in routes mapped out by McGill and the local sailors to be visible from vistas circling the city, each in a different location. The first group of works includes large-scale photographic renderings hand painted by the artist, which anticipated the realization of future performances.

On May 2019, fifty-two red sails crossed the canals of Venice. All this during the same day of the opening ceremony of the Venice Biennale. But here the notoriety of the global event becomes an expedient: Red Regatta is in fact independent from the Biennale, a counter-culture movement, to evoke and legitimize the presence and hierarchy of the local dimension, to address its specificities above all else.

McGill presented programs and workshops with mission-aligned Ocean Space (a new platform for oceanic research and artistic innovation in the recently revitalized Church of San Lorenzo) and the Peggy Guggenheim Collection, that joined ASviS, the Italian Alliance for Sustainable Development that promotes the 17 Goals of the United Nations 2030 Agenda, in particular Goal 13, to fight against climate change, and Goal 14, focused on the Sea Life.

Here the question of space arises through a form of iconic and referential activism. The choice of color is of an emotional and culturally specific nature: it is the historical theme of the city of Venice and is also linked to the evocation of contradictory feelings such as that of love and danger, emergency and passion.

The meaning for the community is related to the multiple symbolism of water, the lagoon, as theatre of action for the city. The artist chose to place centrality on this element and at the same time highlighting, through the red, the dual function that it plays for the community: now in state of climate emergency, but which still contains the seed to flow and flourish, with proudly and free.

This is where the idea of civic space takes shape, the hierarchy of public space, from local to global. By restoring the authority of the local community. The different shades of red are linked to the idea of freedom of interpretation for the community. Unified, however, by the theme and the sense of belonging.