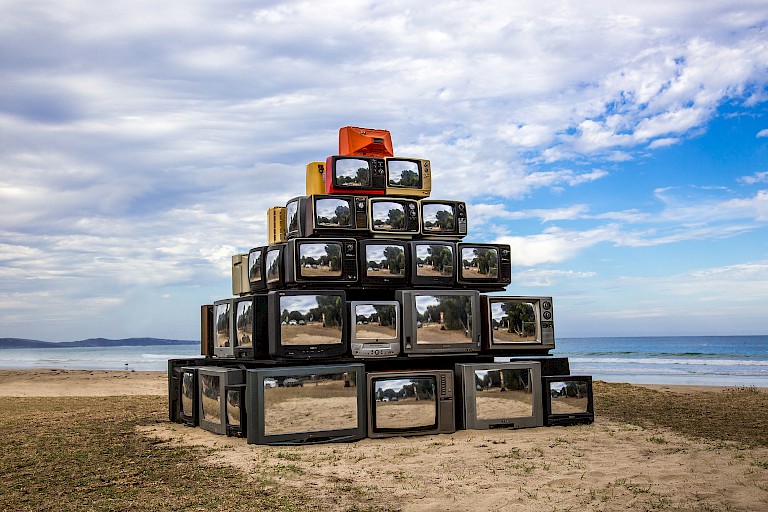 Iranian artist Shirin Abedinirad realised the “Revision” installation for the Lorne Sculpture Biennale 2018 in Victoria, Australia. A ziggurat made with mirrored retro televisions is the starting point for reflection on the perception of nature.

The Lorne Sculpture Biennale (LSB) held in Victoria, Australia, is the largest outdoor sculpture event. Every two years since 2007, this event created by a not-for-profit association has been taking place for three weeks on the foreshore of Lorne, a popular seaside town situated on the Grand Ocean Road, where the Great Otway National Park meets the ocean.

The theme of the 2018 Biennale, curated by Lara Nicholls, is “Landfall”, a word pun that describes time and place where ocean meets land, as well as a sense of collapse, as in “landslide”. The invited artists were requested to explore the theme of nature and its fragility by using sculpture - including light, sound, performance and projections.
Iranian conceptual artist and painter Shirin Abedinirad (1986), who studied graphic design and fashion design in Tehran and who worked at the "Fabrica" of Treviso, decided to respond to this challenge with an installation entitled “Revision”. “Revision” is a site-speciﬁc land art project that mirrors all that is around it: a group of retro televisions whose monitors were replaced by mirrors form a ziggurat on the grassy isthmus at the mouth of the Erskine river.
“This project,” explained Shirin Abedinirad, “invites audiences to watch a nature in a new frame. Instead of watching TV news, which we do not know if it is true or not, we could break the waves that televisions create and watch reality and nature instead. This installation creates a live movie through the simple reﬂection of everyone and everything around it.”

With “revision”, Shirin Abedinirad continued her exploration of mirrors and the psychological power of their reflective properties. The mirrors of these old cathode ray tube televisions replicate the context around them, that appears to be real, and allow to investigate the intersections between reflection, revelation, illusion and truth starting from the major role of the environment, that dominates the screens.

To create Shirin Abedinirad’s Ziggurat, Powerhouse Geelong was involved, a local project born in a former, abandoned powerhouse transformed into a street art place, where particular attention is paid to the themes of sustainability and recycling.

Revision is a site-specific land art project, which will be installed in a Lorne Beach in Australia. It is a ziggurat shaped installation made of used and broken televisions, whose glass-screen is replaced with a mirror made screen in order to reflect the ocean and the people in the beach. This project invites audience to watch a nature in a new frame. Instead of watching TV news which we do not know whether they are true or not, we could break the waves that televisions are creating and we could watch the reality and nature. This installation creates a live movie through the simple reflection of everyone and everything around it. When there is no one in the beach the ocean itself plays a major role and it is watching its’s beauty.

During the event some people when faced to this installation they thought there is a camera recording their movements but when they come closer to it they understood that actually there is mirror which reflects their picture and movements. Children were asking their parents what are these boxes and they didn’t know that they are actually retro Tvs and they like to watch their image in the mirrors. 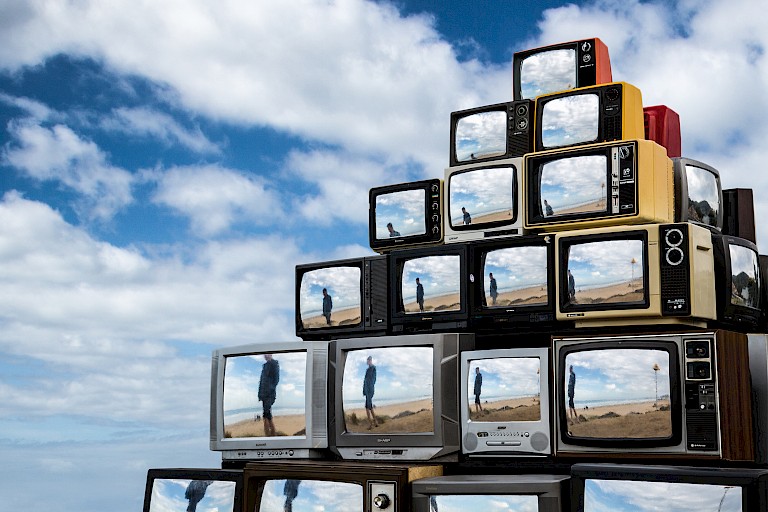 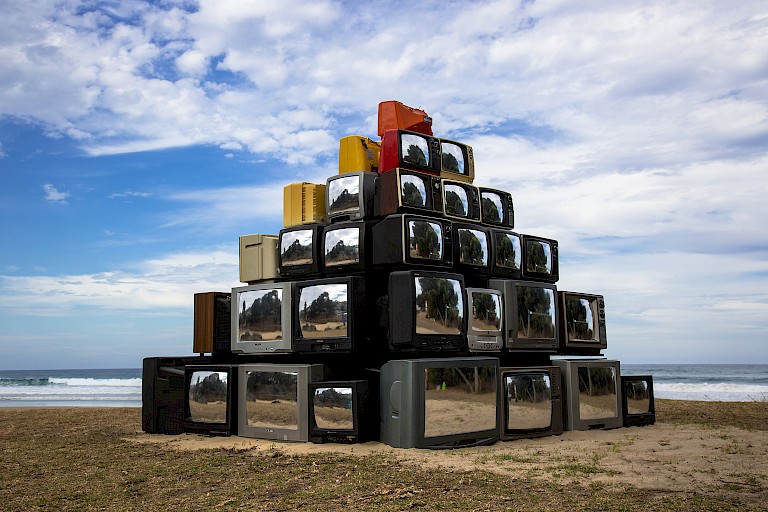 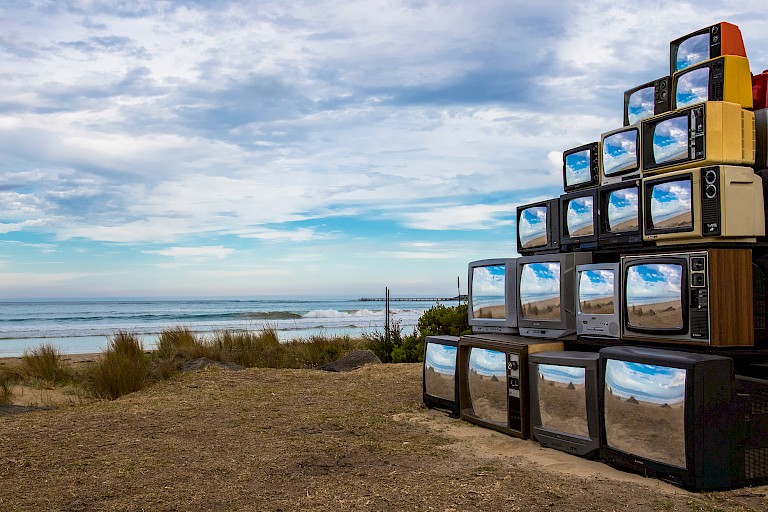