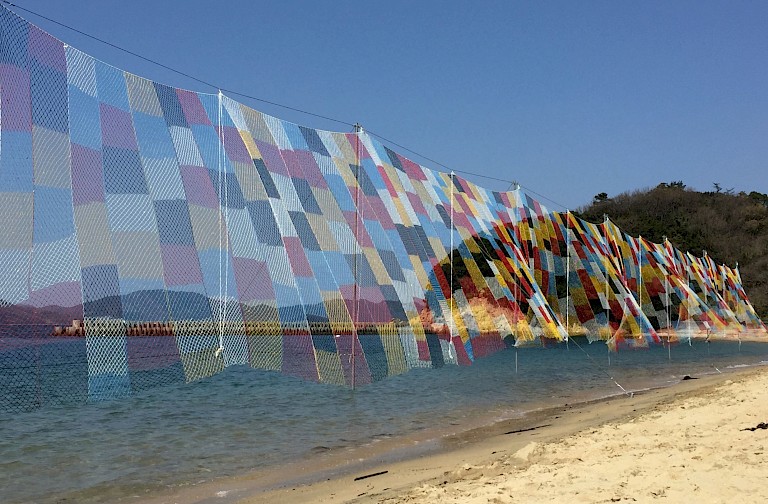 The hoisted fishing net will change the region’s view. In other words, it is a system to recapture the scenery. Since fishing net is originally a tool used in the ocean by a fisherman, by carrying the technique to land it creates a bond between fisherman and the local people. Therefore it is also an attempt to reweave both the relationship between the local people and the relationship between the scenery and human. Until now this work has been carried out in various regions in Japan after the artist encountered and experienced the life of a fisherman weaving fishing nets.

“Sora-Ami : Knitting the Sky” — Shimameguri” was created in “Art Setouchi 2016”. Setouchi, where the art festival took place, is an inland sea around Shikoku, which is one of the four main islands (Hokaido, Honshu, Shikoku, Kyusyu) of Japan islands. This work was based on Yoshima Islands, a group of the many small islands in Setouchi inland sea. This work was done with the help of people from the five islands, Shamijima, Seijima, Yoshima, Iwakurajima, and HItuishijima. These islands were significantly affected by the constructions and land reclamations to connect Shikoku and the Mainland for 10 years from 1978 to 1988. The artist said in his blog “although the islands are connected by bridges or located next to each other, each island and islanders have their unique characteristics.” He decided to walk around islands and conduct the project of weaving fishing nets and eventually weaving them all together and installing it at the seashore where the tide shifts. “Sora-Ami : Knitting the Sky — Shimameguri” can be said to be a developed version of the project since the artist not only discovered the colors of each island and change the scenery, but also created a new type of communication line between the islands.

Universal concept. Yasuaki Igarashi, who started with a 4000km journey across the sea, works with a concept of “Perspective from the sea”. Unlike most of the people who live most of their time on land, he focused on the technique of Fisherman who goes back and forth between land and sea, and took this technique onto land, reconstructed it and changed the scenery. This work allows the spectators to be conscious about the perspective from the sea, which shows that he is committed to his concept. This concept is not based on Japanese philosophy; therefore Orientalism will not accumulate the idea. It includes a universal question for all human beings who live in a world consisted of sea and land.

“Japanese” process. This work has been appraised since the universal concept has sublimed into a “Japanese” style process through the artwork. “Sora-Ami : Knitting the Sky” has valued the uniqueness of the locals and through cooperation it makes us aware of the scenery of the region. From the writer's perspective, this process links with the process of Japanese traditional festivals. The artist himself has also been involved in many traditional festivals (for example, Fukuoka’s Yamagasa festival). Therefore this work has both a universal concept and has a reference of Japanese festivals, in other words, it can be said to be reflecting the current situation of “Japanese public art”.

“Art Setouchi” is an International art festival held once every three years, having the islands in Setouchi inland sea as its venue. It is organized by towns and cities based in Kagawa, and the public interest incorporated foundation Fukutake Foundation and many other organizations. The Comprehensive Producer is Soichiro Fukutake from Fukutake Foundation with Fram Kitagawa being its Comprehensive Art Director. This work was exhibited in “Art Setouchi 2016”, where there were 206 artworks and 37 events in total. The funds were mainly from related Municipalities and foundations with subsidies and donations and by the admission tickets and sales of goods. Selection of the artworks was by invitation and competition with a comprehensive producer and director as judges. The theme of the competition was “Using regional resources at a site specific project” and by staying in the area for a certain period of time and make works with the citizens. 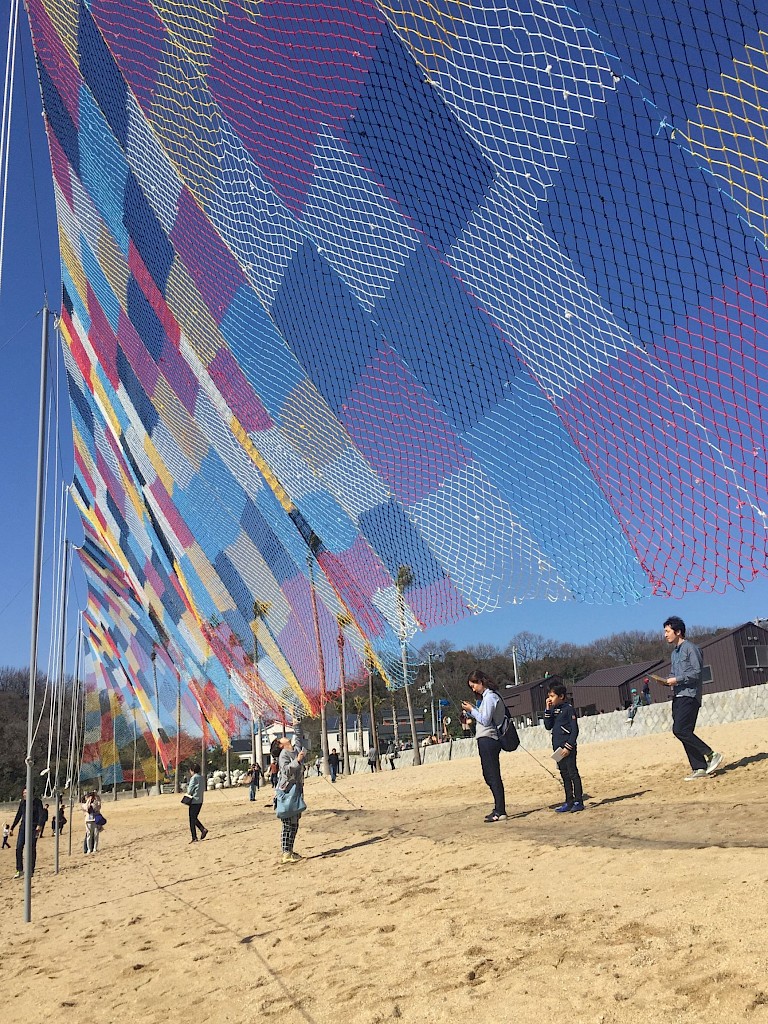 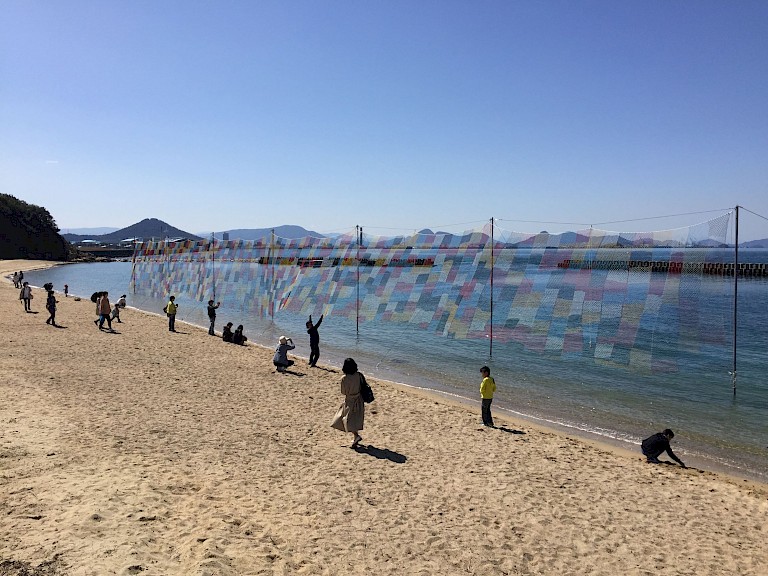 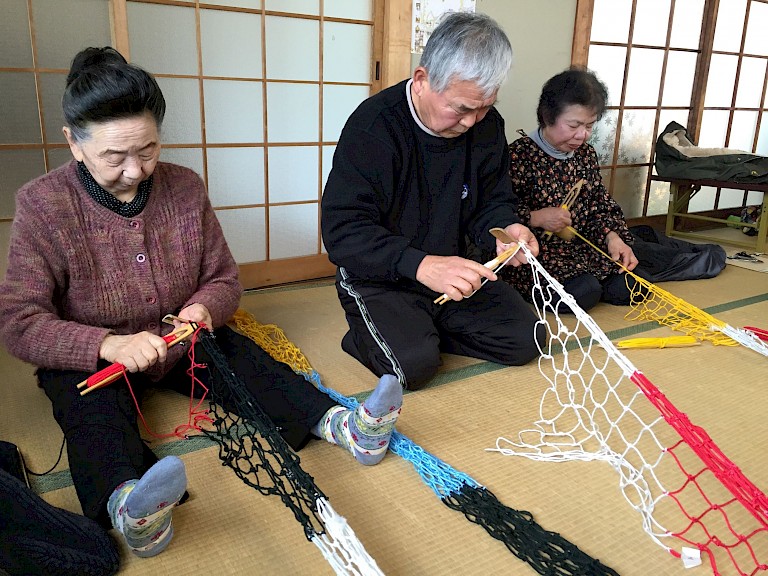 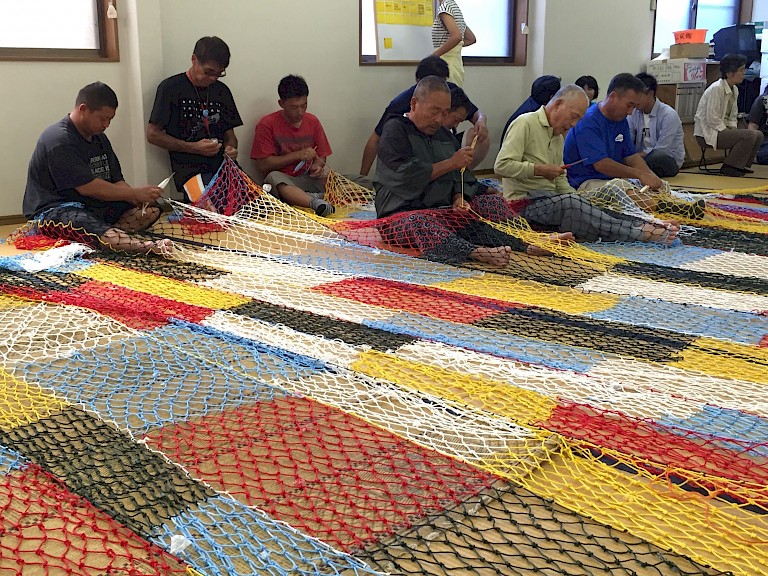