Storefront Theater transforms an abandoned storefront into an outdoor theater on Main Street in Lyons, Nebraska. Matthew Mazzotta, in partnership with the Center for Rural Affairs, received a grant from the National Endowment for the Arts to work with the people in Lyons and understand what they need and want in their community.

Matthew came in as an outsider and used his innovative community engagement process of outdoor living rooms to connect with members of the Lyons community. He also held one on one meetings with stakeholders. His goal was to capture voices of people who don’t think they can be part of an artwork, or who didn’t think they could have their voice heard in a project like this. He was able to get a real sense of the community through this, and find a thread that can carry them together through the project.

Lyons was faced with a downtown core that had been abandoned due to economies of scale – services were becoming globalized through companies like Amazon, and small businesses couldn’t remain competitive. The commercial center of downtown started to fade away, and as the social connections in the community were directly tied to going downtown and engaging in the commercial atmosphere, the social fabric started to fade too. The middle of Lyons was a cluster of empty buildings that were being used as storage. Matthew’s charge was to focus on the social aspect of Lyons, and if they could bring that back, they might be able to bring people back into downtown.

One Lyons community member told Matthew that there was a building on Main Street that isn’t actually a building – it was just a façade. That became the impetus for the project. Another piece of information that Matthew found through his community engagement sessions was that there wasn’t anything for the town’s kids to do. How could the façade on Main Street help to create a multi-generational place?

Matthew worked with community volunteers to turn the abandoned storefront into a movie theater, who’s façade could lower onto the street and turn all of Main Street into the theater. He worked with Lyons citizen, Bill, who is a movie enthusiast and owned several pieces of film equipment. Through this partnership, Bill agreed to make a documentary of the town of Lyons. This turned the entire city into a film set, and told the story of how the downtown started. All of the actors in the film were residents of Lyons.

On the opening of the Storefront Theater, the documentary was screened. One resident said it was the greatest thing he had ever seen. The film gave the community members a broader perspective of their own downtown.

The Storefront Theater has become a community asset that brings people back to downtown Lyons, and reweaves the social fabric of the town. A young volunteer from the community has taken on the project, and turned it into a performance space as well as a movie theater. The space can be rented out – Bill has been making films and showing them, there have been community anti-bullying events, and it has been the location for a project where community youth interview elders and housed an exhibit of their work.

In addition to the community having access to a forum for social and creative outlets, Bill was featured in newpapers and TV outlets across the state, and he has opened an art gallery next to the theater, as well as creating a film studio in downtown Lyons.

It has become quite clear that art can play a role in the transformation of a downtown. There are now three art establishments downtown, journalists are doing stories about it, and the mayor has been fighting for art during city hall meetings. 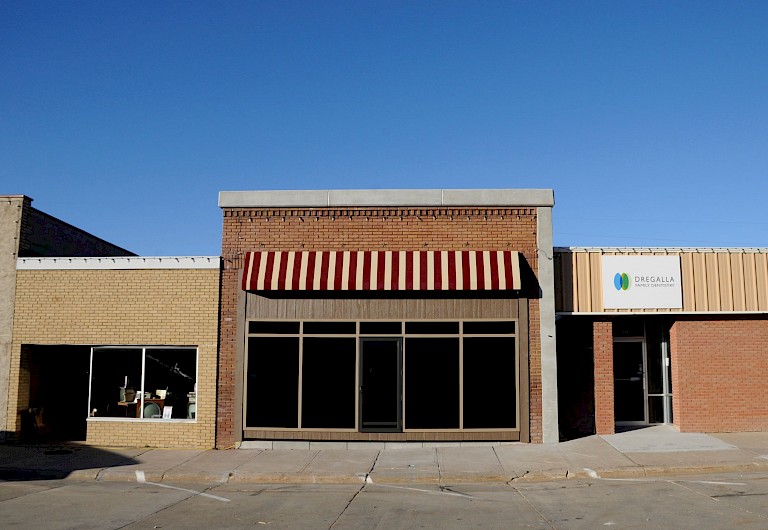 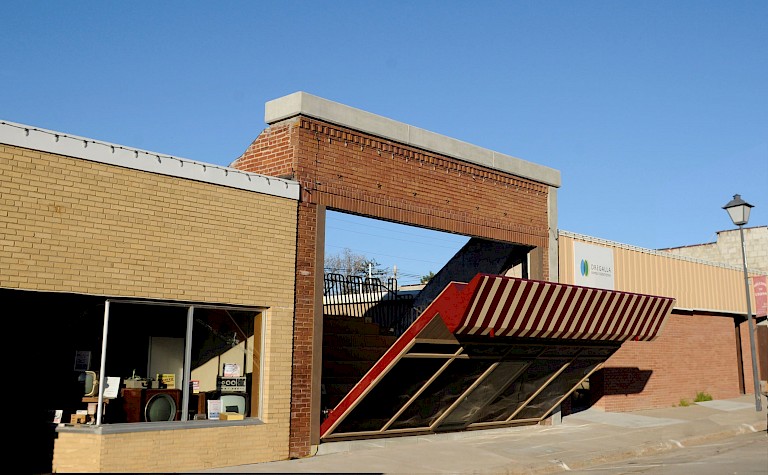