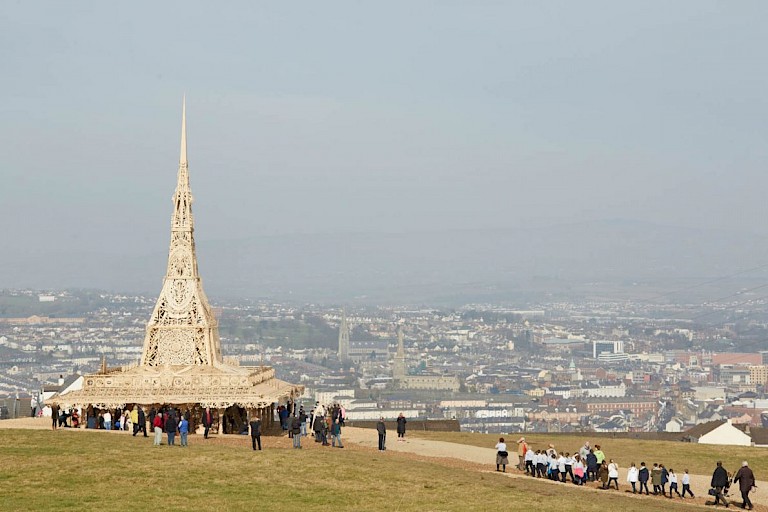 The Temple project was launched to address conflictual community tribalism affecting the Irish and British community (Catholic and Protestant) in Londonderry. Hate amongst these group was expressed by a bonfire tradition taking place on both sides every Sunday. David Best was invited here by Artichoke Trust (UK) to subvert the set of velds related to fire. A Kickstarter campaign raised over £30,000 in 40 days to realise the initiative. The project required participation of 40 local unemployed volunteers from both sides working together for the realization of a 72ft high non-religious temple located on the border between the two factions. Setting and conceptualizing a neutral space, the artwork was visited by 60,000 people over the seven days it was open, covering the inside of the structure and its central pillar with personal messages. Over 15,000 people attended the burning event. 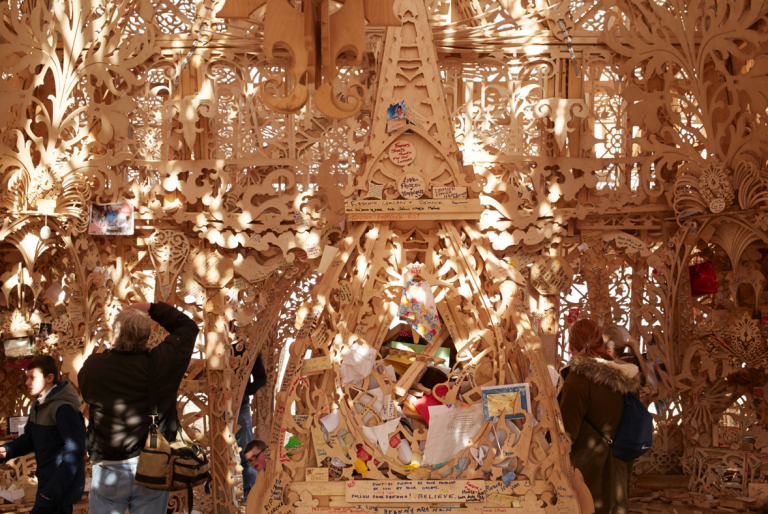 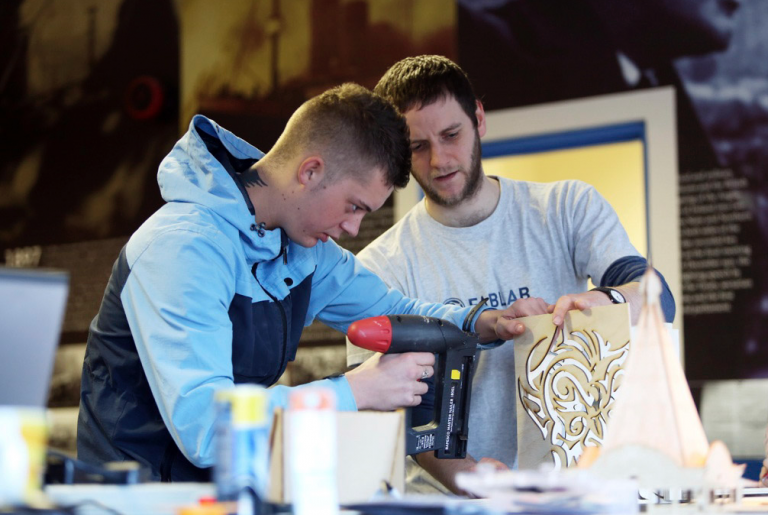 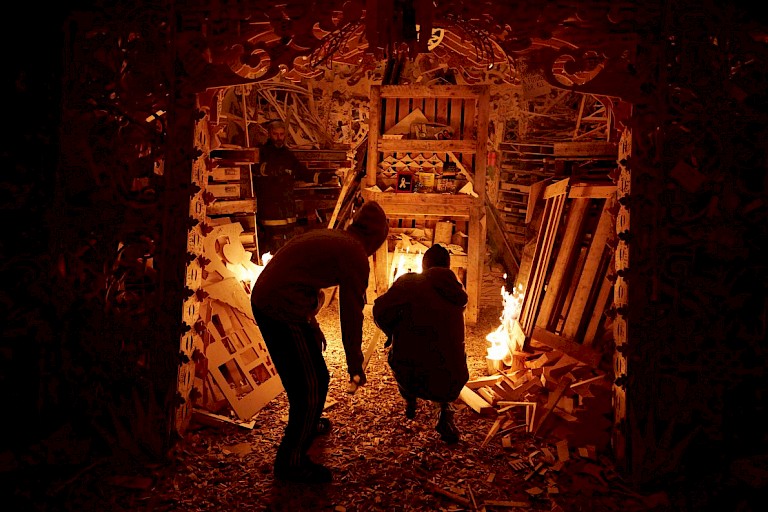 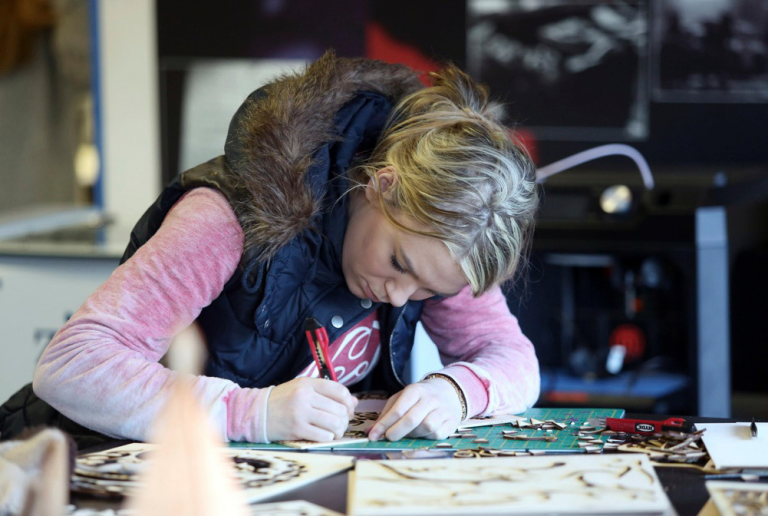 Dating from the Troubles, the conflict that roiled Northern Ireland from the late 1960s to the late 1990s, Derry is a city historically split by religious and political divisions.

David Best construct temples, unaffiliated with any religion, free and open to the public. The guiding principle is to provide a place to pay respect and offer acceptance. Since 2000, these installations are constructed and ceremonially burned throughout the world, in various communities, and particularly in places affected by conflict and natural disaster.

Consequently, 76-year-old Californian artist David Best was invited by Artichoke to London-derry. Along with his team of volunteers, the Temple Crew, Best constructed and ceremonially burned a grand-scale international temple, at dusk on Saturday March 21st in Derry, Northern Ireland, the place where bonfires have a significant part on their own.

The sculpture was a memorial to the more than 3,500 people who lost their lives in the Troubles. Members of the public used the Temple as a space for contemplation and remembrance, and to leave mementos, messages and photographs in its interior. Following this period, the Temple and its contents were torched in a collective ceremony.

Following a long-standing tradition of burning and building extreme bonfires, David Best’s temple instead served as a source of healing, uniting people as they came together for the build and moved by a common desire for healing. This was artist's largest temple to date: a 75ft wooden temple, featuring intricate designs and wooden panels.

The process of the project touches on many aspects: it challenges our conception of architectural beauty, participation, and permanence all at once. It arises issues on the relationships between politics and architectural practice; it questions the quality of design that does not follow minimalist trends but rather represents, through complex decorations, an intricate texture of human stories; it questions access to public spaces and monumentality, addresses the importance of civic rituals and the opportunities for those who suffer. Daniel Libeskind once claimed that great architecture should, ‘yearn for timelessness’. But only structures are temporary, as Best temples teach us that beyond ash and smoke, there is always a seed that awaits for our attention to brightly shine.