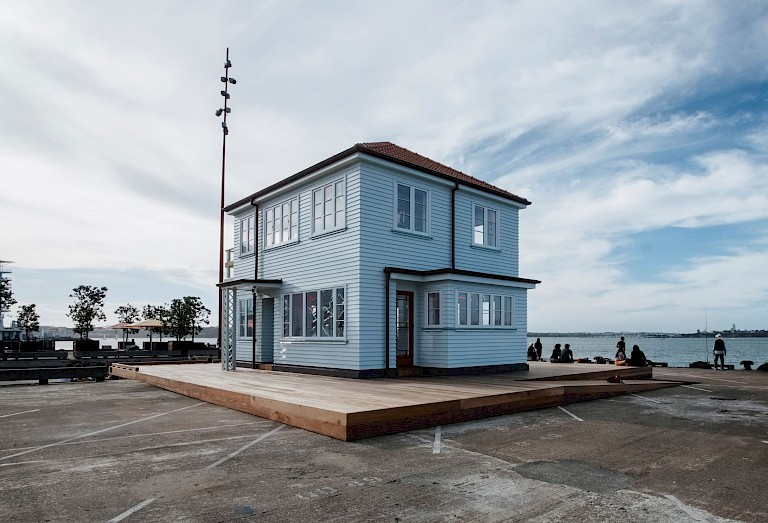 The Lighthouse: Tū Whenua-a-Kura (2017) by Michael Parekowhai is a 1:1 scale sculpture of a quintessentially 1950s New Zealand home. Parekowhai received the commission from Auckland Council after a real-estate company offered one million New Zealand dollars for a public sculpture to celebrate their 90 years in business. The artist’s concept was to erect a structure in the instantly recognisable style of what is known locally as a ‘state house’ or public housing. The sculpture engaged public and media attention in unprecedented ways, not only for its form but also the story behind how it came into existence. While early media bluster promoted the false idea that the artist planned to transplant an actual state house, or that it was an art world prank, The Lighthouse: Tū Whenua-a-Kura is in fact finished with the highly polished literal and conceptual gloss of Parekowhai’s practice.

The interior of The Lighthouse: Tū Whenua-a-Kura explodes with colour from neon light installations of Southern Hemisphere star constellations covering glossy walls and scattering light over a reflective sculpture of 18th century British explorer Captain Cook. The artwork sits on a low wooden jetty, the public cannot enter the art work but can look through windows and doors and climb the staircase that leads to the second storey of the structure. Shutters frame the windows (an architectural divergence from actual state houses) featuring chevron patterns that reference the traditional tukutuku panels in a Māori meeting house and common warning signs. The interior floor is native timber, a reference to the flooring of original state houses and to the decks of sailing ships that brought Europeans to this land.

The Lighthouse: Tū Whenua-a-Kura evokes a dialogue of cultural legacies and civic controversies both global and strongly specific to the Aotearoa-New Zealand context. An early statement by the artist noted "The Lighthouse: Tū Whenua-a-Kura will mark an entrance to Auckland City from the Waitemata [harbour], referencing our diverse history of journeys across water, navigation and return. Welcoming those who come by water and by land, the sculpture signals not a hazardous coastline but a safe harbour….” This is a country defined by ocean — its small landmass, large coastline, and isolated position shape the nation and way of life. First settled by Polynesian navigators, subsequent immigrations across the Pacific Ocean brought European settlers and a history of migration by sea. Migration unites indigenous and more recent immigrations to this land but, in characteristic fashion, Michael Parekowhai avoids any attempt to illustrate or soothe New Zealand’s vexed and complex bi-cultural context. This is a strategy he’s used before, to set a stage upon which what he describes as ‘the real art work’ can occur. “The Lighthouse: Tū Whenua-a-Kura resonates with the Māori concept of ahi ka, telling us that our home fires have long been burning and the lights are still on” the artist commented. The concept of ahi ka is more than simply a welcoming fire, but an assertion of title to land through continuous occupation, defense of, and influence over the land

Trapped inside the structure, or perhaps protected by it, what role does Captain Cook play? His image is instantly recognisable to local audiences thanks to a living legacy that sees Cook memorialised in place names, paintings and monuments. In contrast to the conventionally heroic, neo-classical portrayal, Parekowhai presents him perched atop a trestle table, feet not quite touching the floor, eyes downcast. The highly polished surface seems at odds with Cook’s body language and peering through a window the viewer has the impression of witnessing an intimate moment. Cook’s posture is contemplative, possibly even dejected. It is a provocation, of course, that device often employed within Parekowhai’s practice. While Cook is a celebrated explorer and key figure in the history of Aotearoa-New Zealand, a timelier more nuanced view inclusive of the controversial aspects of his legacy and of colonialism offers a cultural shift. Intriguingly, the sculpture of Captain Cook was first exhibited inside another art work titled Memory Palace (2015). Cook — as both an agent of Empire and of early interaction between the British Crown and Māori — acts as a memory prod to its audience, a memory prod to places where history continues in the actions and consciousness of people in the present.

It is Parekowhai’s comment about The Lighthouse: Tū Whenua-a-Kura signalling ‘…a safe harbour’ and in the art work’s form that the sculpture speaks most strongly in contemporary terms of people and place. In its instantly recognisable state house guise, The Lighthouse: Tū Whenua-a-Kura carries huge amount of social, political, and cultural history. State housing has been a cornerstone of New Zealand egalitarianism since 1935 and the country was proud that citizens could look to government to guarantee shelter and a home. However, since neoliberal policies of the 1990s inequality is sky-rocketing and the government has started to ask market rents for public housing. More recently housing stock is being sold and can change hands for over $1 million NZD. A housing ‘boom’ has created a new political divide between those already on the property ladder and those who will never be able to afford a house, let alone the ‘safe harbour’ that a state house promised. As critic Robert Leonard noted, “Now the state house reminds us how the system has failed us.” That The Lighthouse: Tū Whenua-a-Kura was largely funded by a real-estate firm that profited hugely from Auckland’s housing boom is an irony not lost on anyone. However, nor is Parekowhai’s ability to stimulate important discussion about people, place, and politics through the art work. Never overtly political, Parekowhai’s practice has nevertheless always held a mirror to popular culture and, in turn, provided incisive commentary on where this nation sits. His sophisticated aesthetic is above the stereotypical clash of conflicting cultures metaphor or the even more problematic melting-pot approach, employing a complex and allegorical iconography and opting for open ended narratives.

Lighthouses are navigational tools, both welcoming and warning and it is tempting to speculate that this artwork functions in the same manner. The Lighthouse: Tū Whenua-a-Kura isthe largest and most prominent public art work to be completed in Auckland for many years. Unlike most public artworks it had minimal funding from the public purse, but media were quick stir controversy. While media skepticism towards art is nothing new, reaction to The Lighthouse: Tū Whenua-a-Kura generated important mainstream discussion about art in public places and funding for the arts. While the commissioners were quick to acknowledge the private funding cries that it was being funded by ‘dirty money’ were balanced with information that most arts funding in Aotearoa-New Zealand comes from the Lotteries Commission, sustained by gambling. With cuts to arts funding globally, private patronage will be key if we still want to see art in our cities. In this sense, The Lighthouse: Tū Whenua-a-Kura offered a dose of reality and was oddly prescient considering the arts-landscape that followed the opening in February 2017.[1] While The Lighthouse: Tū Whenua-a-Kura ignited an important and overlooked debate about the role and value of culture in New Zealand’s largest city, it may have been a warning beacon for troubling times ahead.

[1] In early 2018 the ‘Save Our Gallery’ group campaigned to reinstate the Auckland Art Gallery’s funding to a level where it again had an exhibitions budget. Mid 2018 also brought the news that the specialist Fine Arts library at the University of Auckland, said to be the largest fine arts collection in the Southern hemisphere, would close. 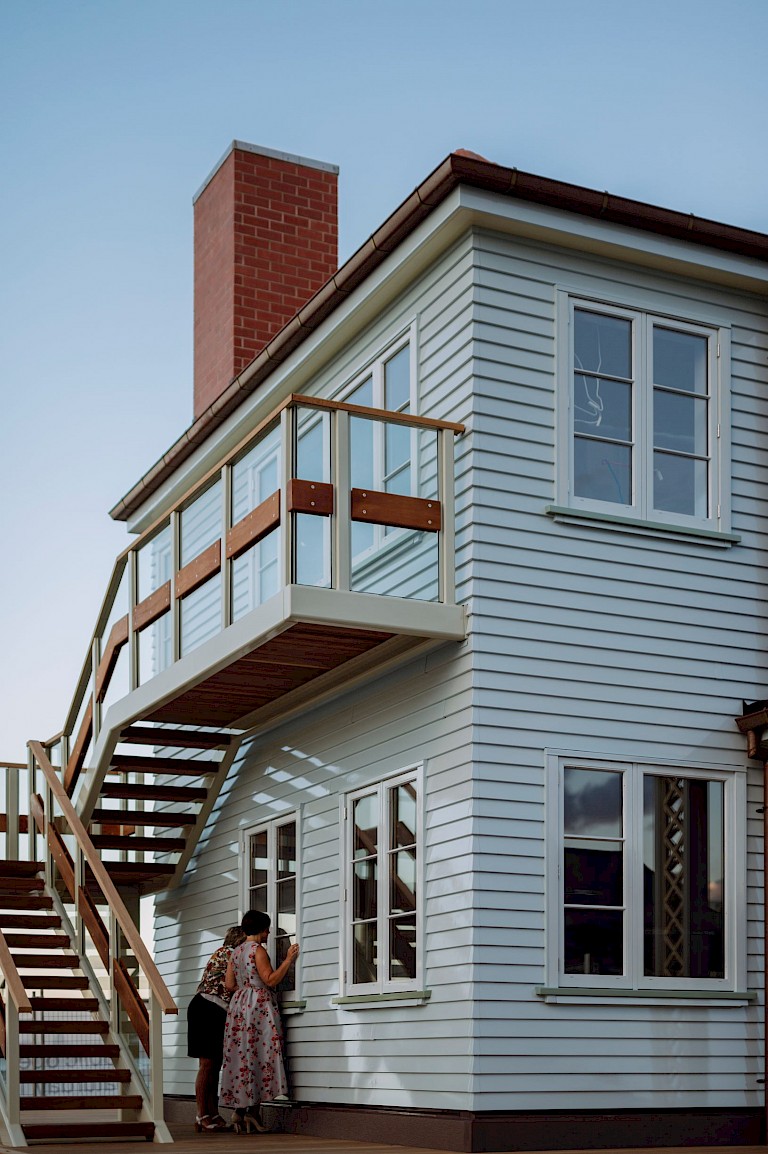 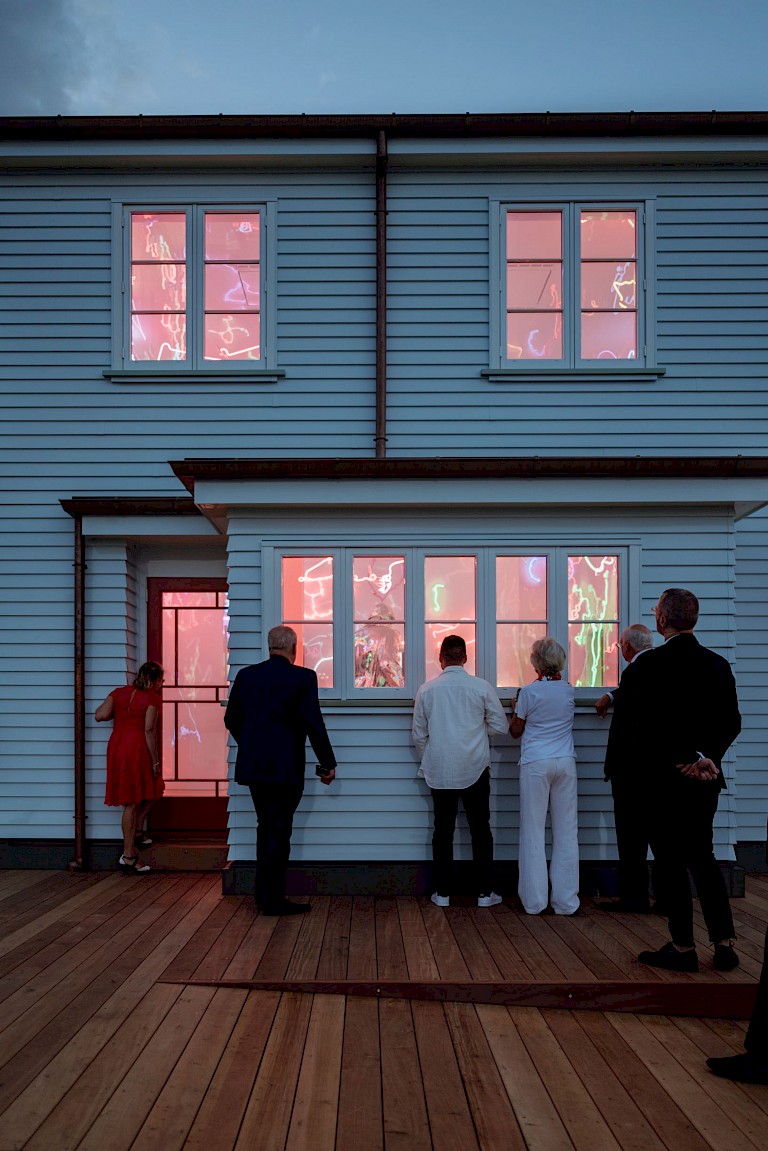 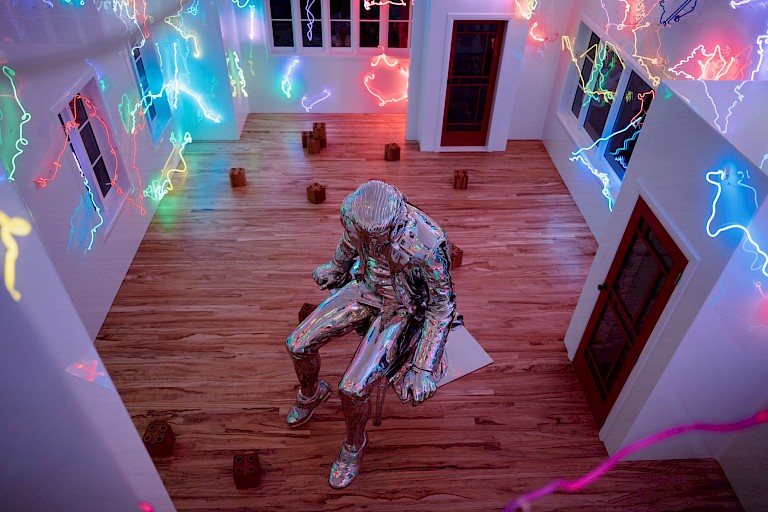 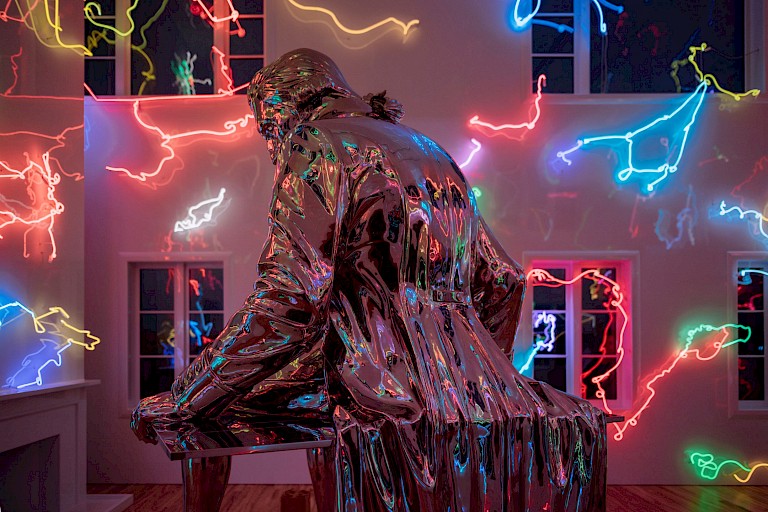 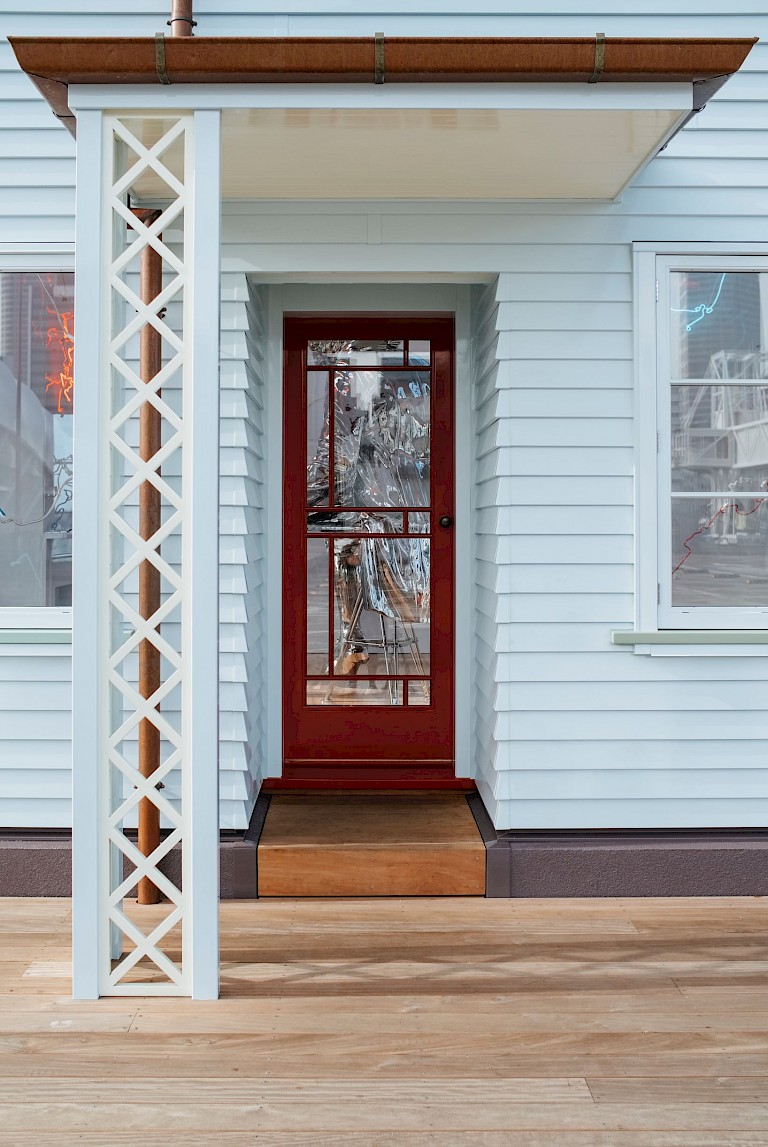 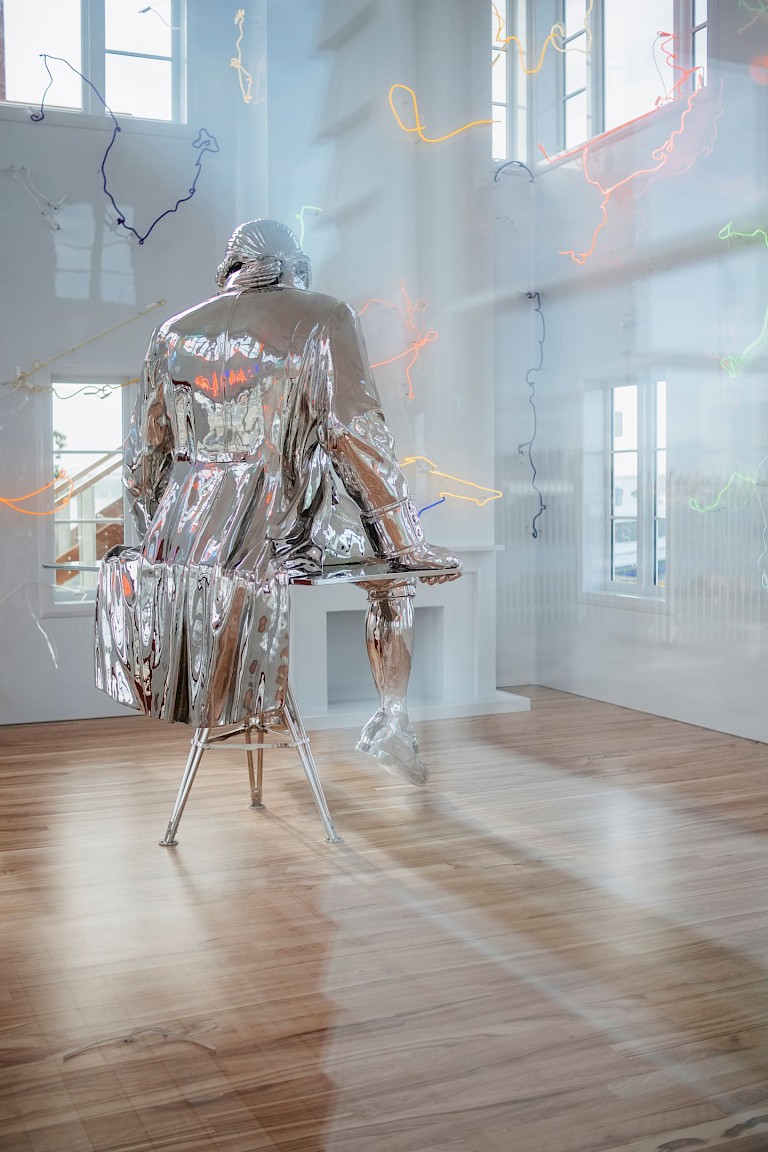 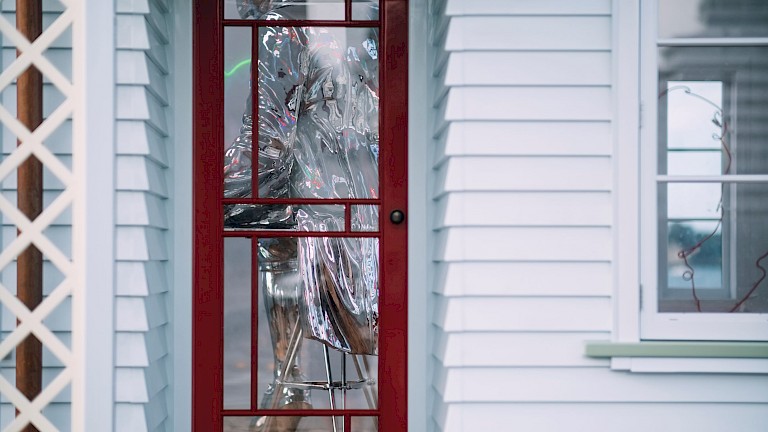 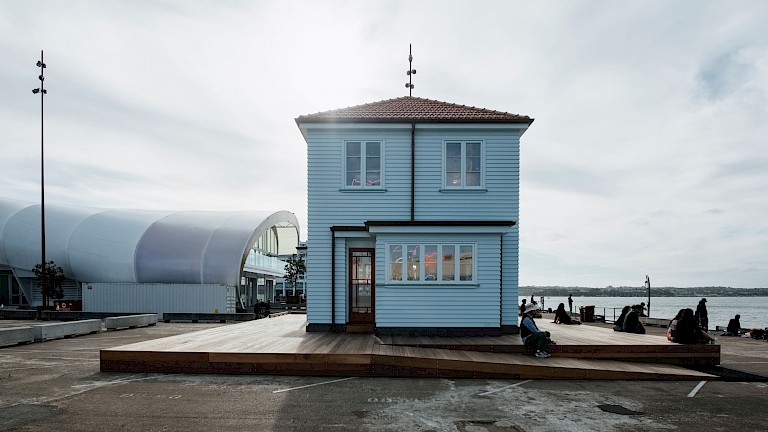 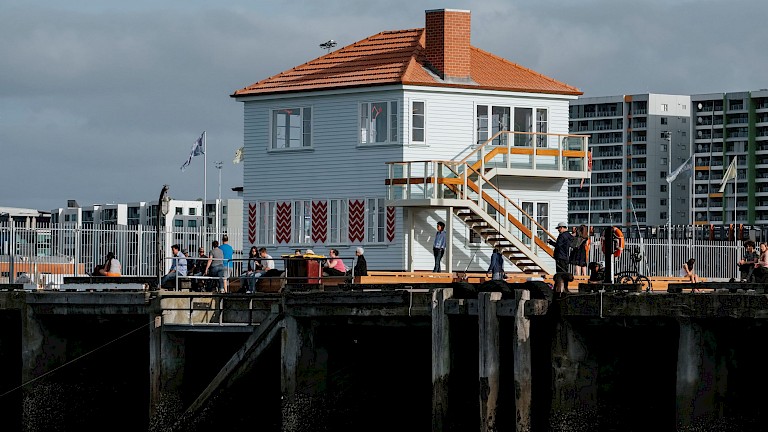