This project is summoned and financed by the French National Forestry Office (OFN) in its overseas territory, Guyana, to develop artistic interventions within the forest.
Teo Betin applied in 2017 to the ONF call for artists to build sculptures in the forest of Guyana. The only premise was to build the work starting from dead trunks. Teo selected a dead but still standing tree. He spent 10 days working with a local man who was very knowledgeable about the forest, the types of wood and the techniques. This boy taught Teo the name of the tree: Nambioca. This tree comes from the Sapotaceae family. A large family with importance for wood, latex extraction, oils. Some species have edible fruits

The office is an installation, which translates elements and office materials to the space of the forest. The artist has the purpose of initiating an architectural construction taking the trunk of Nambioca as the point of reference. The chair comes from Teo's need to have a place to stay and work from. During the 10 days he spent in the forest Teo realized how difficult it was to work that wood. And at the same time he was adding more elements to help him stay longer in the forest, such the table.

From Sapotaceo comes a structure made of wood and traditional office materials. Glass, concrete and paint are embedded in this tree. The hardness of the tree competes with the solidity of the concrete. And somehow there is a generic office in the middle of the jungle of Guyana.

Other works in the festival use techniques such as carving to compose the sculptures. This is what makes the office stand out at the festival. For its installation proposal. It achieves the mixture of two places that in the general imaginary are opposites. 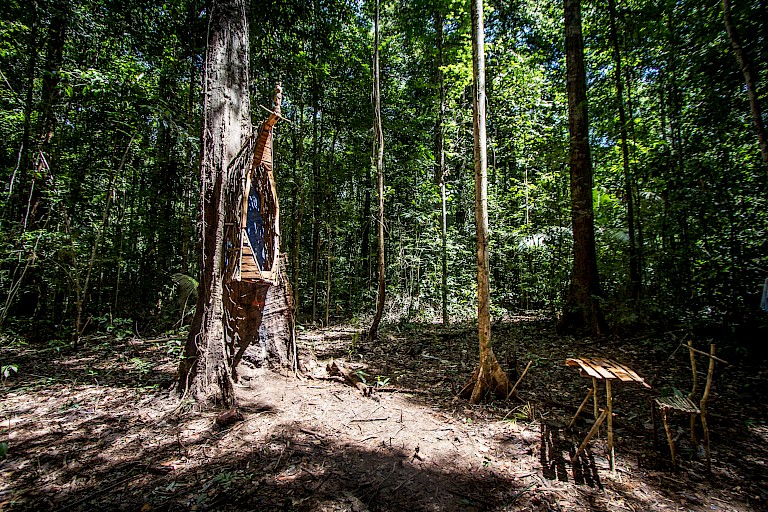 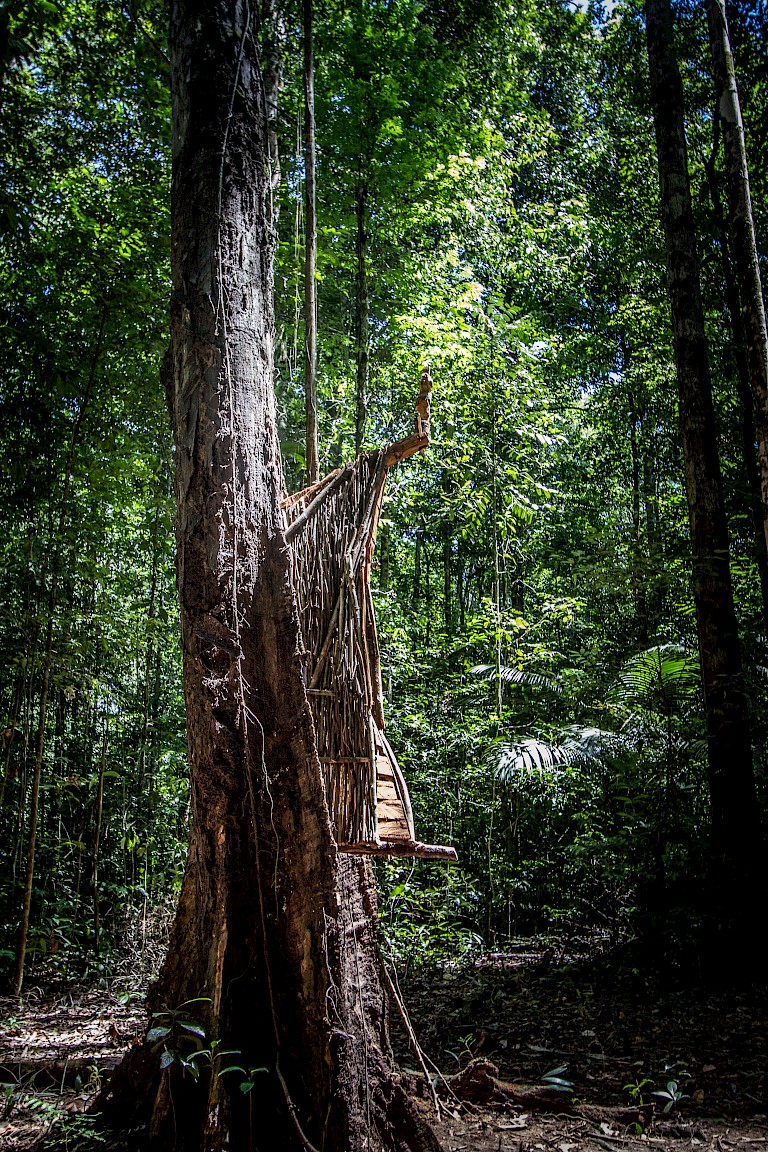 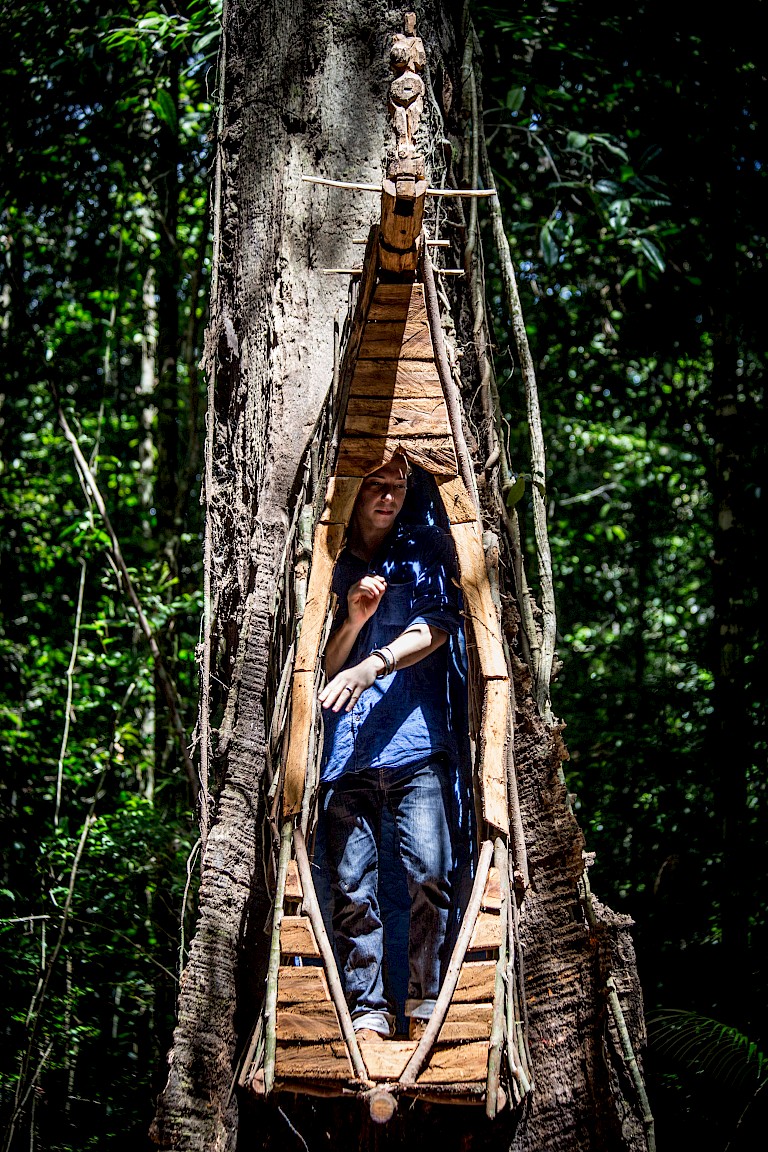 In the midst of extreme or at least unusual working conditions, The office could be read as a provocation or reflection on contemporary living conditions, not in material terms and conscience of the time. Teo Betin built a boat similar to caravels and galleons (vessels used for interoceanic voyages in the 15th and 14th centuries) crowned by a figurehead that approaches an anthropomorphic figure. This boat crawls and merges from a dead tree in a clearing in the forest, completing a powerful image, perhaps an unconscious metaphor of French colonialism completely imbricated and permeated with these territories. For its part, The Office appears as an extension of the artistic intervention that displaces it from its sculptural character to become an installation that creates a spatiality completing its surreal and absurd character: an office for an artist in the middle of the forest. Both structures converse with each other in a kind of Dadaist dimension that challenges the construction of a sculpture park within a forest with its dead trees, while this intervened wood, this biological material, will remain in the space, fulfilling its natural function but already transformed into a kind of poetic surface that will decompose in time, like the other trees. Both the boat and the desk and its chairs complete a three-dimensional surrealist and Dadaist aesthetic operation that generates a clash of contradictory and coexisting double realities. This sculptural gesture or spontaneous, precarious, and temporary installation made with the materials of the forest that are destined to transform quickly, puts in tension the importance of the utilitarian object, the work, and the art itself in the face of the fragile immensity of the Amazon jungle. This project has not been physically moved or circulated because as a site specific it is completed in its transformation into organic material for the forest. Even so, the project continued and impacted the artist's line of work, appearing in different ways in other processes through elements such as wood and the boat. In Boat 1 of 2019 the artist performs an operation similar to the boat of the residence but in this case responding to a city environment built with furniture and wooden objects used in cities.