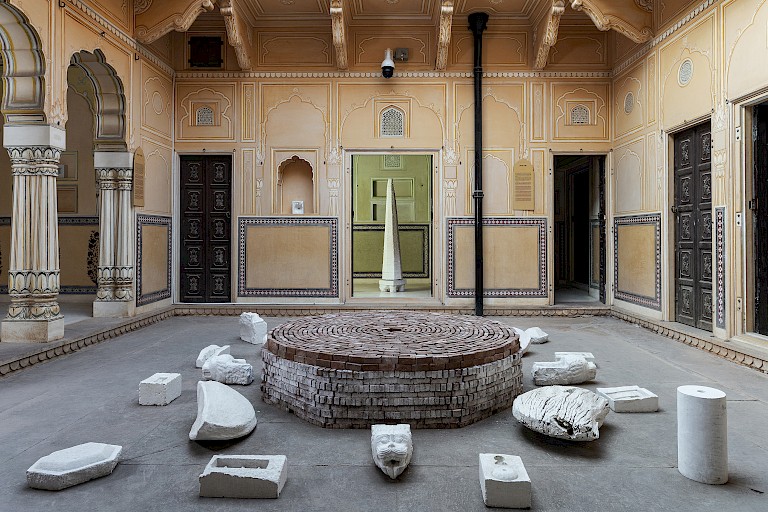 The Sculpture Park at Madhavendra Palace in Nahargarh fort has turned an 18th-Century fortress into a Sculpture Gallery which showcases the works of 15 Indian and nine international artists, displayed throughout the meandering rooms and grand courtyards. Contemporary art is usually found in private homes and galleries and this park becomes an important destination for common man to have access and view contemporary art. The adaptive reuse of a significant historical fort to create new ways of engaging with these sites, needs to be noted. Lastly, endeavour like these help and give hope to create more opportunities for collaborations between the public and private sectors for cultural projects in the country. 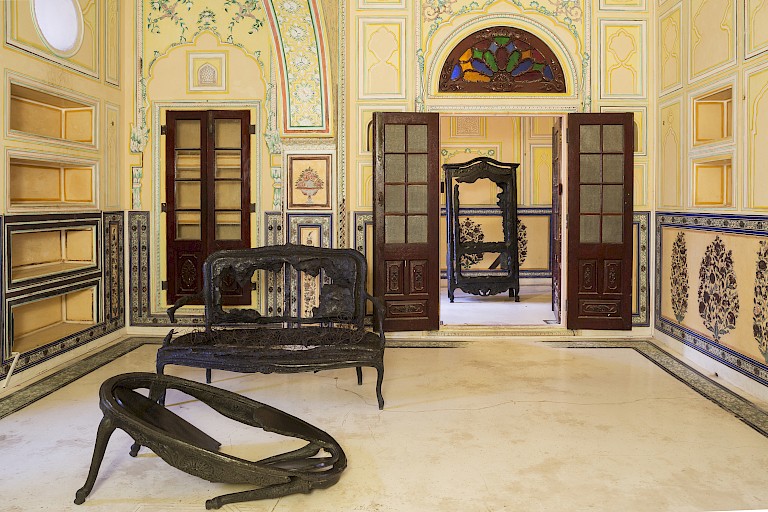 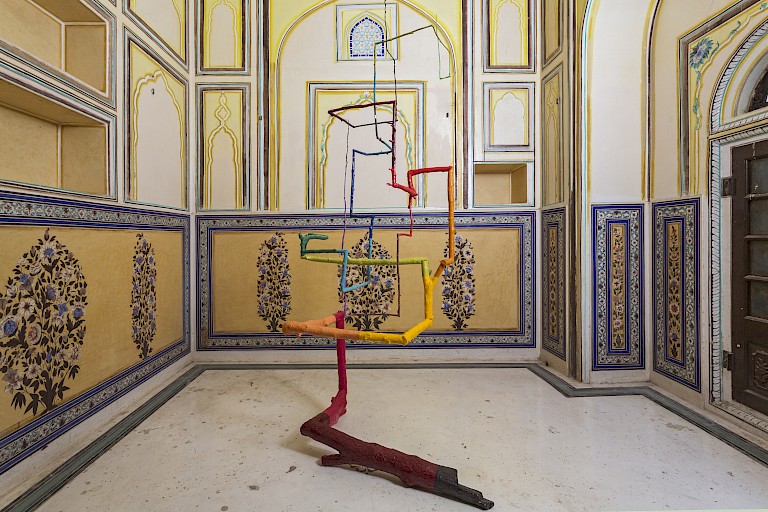 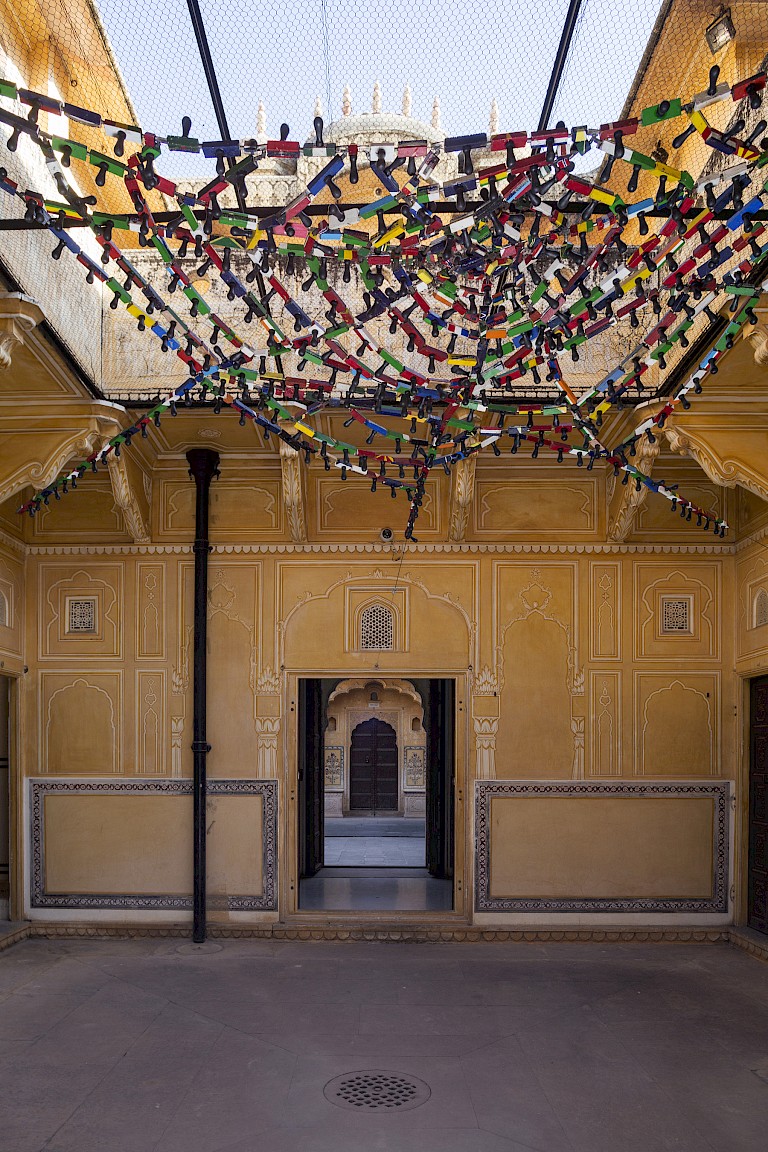 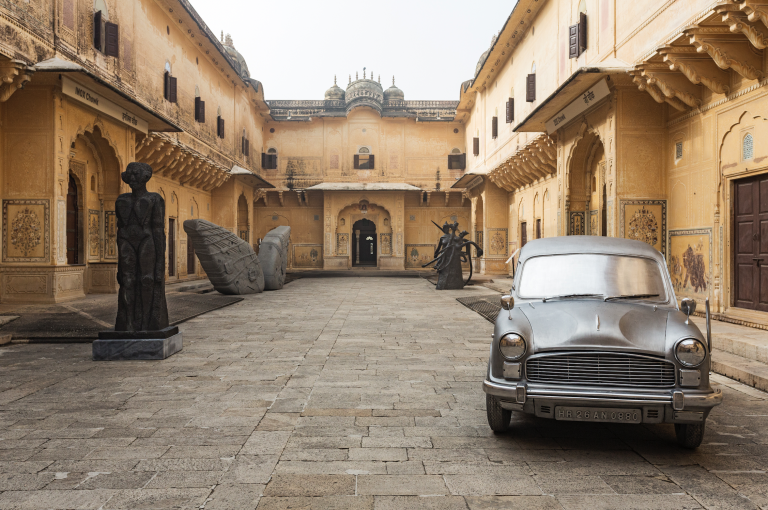 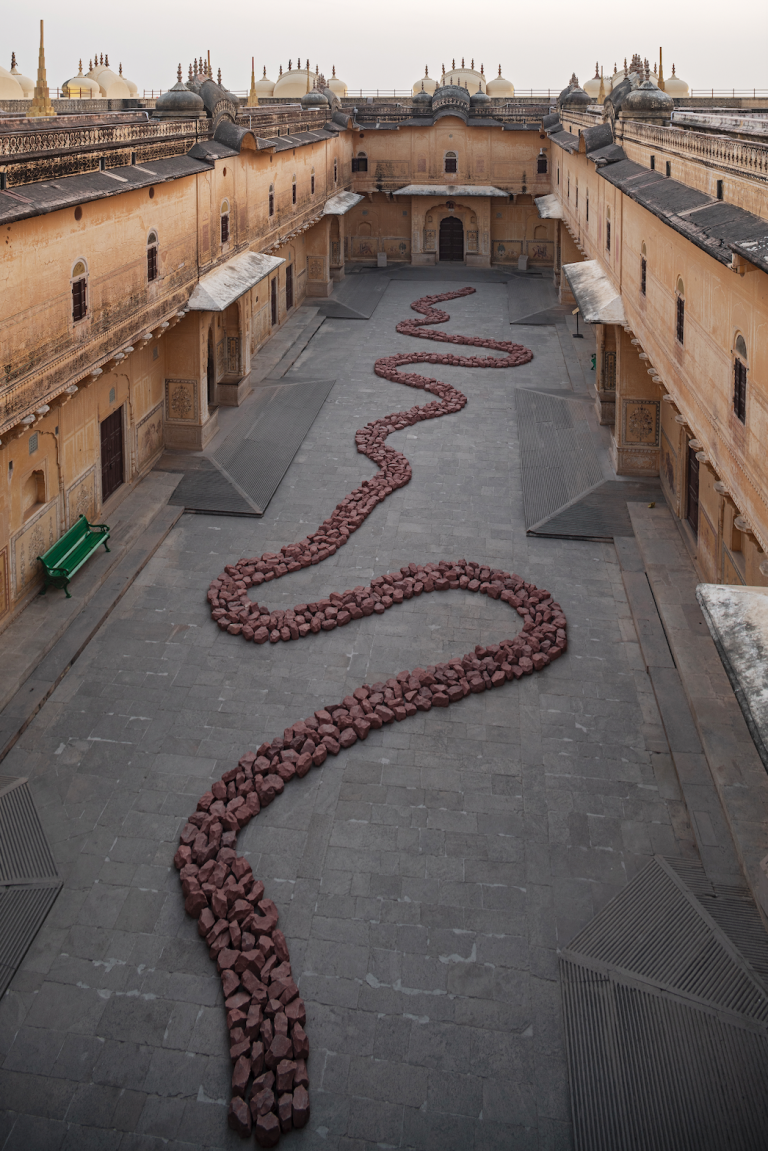 The vision for the Sculpture Park (SP) started in 2002, when American curator Peter Nagy - who was working as a curator in Jaipur, Rajasthan on a city-wide arts festival - had the idea to put large-scale outdoor sculpture into Amer Fort. Cut to 15 years later, when in 2017 a discussion began with the Government of Rajasthan to create a sculpture park in an existing fort. After considering a few possibilities, the Madhavendra Palace inside Nahargarh Fort, on a plateau just above the city of Jaipur, was chosen as the site. The initial vision was to bring a wide variety of types of sculpture together, in a variety of materials and made by both Indian and international artists, so as to educate the audience about the limitless possibilities of sculpture today.

The site, Nahargarh Fort dates from the 17th century but today is not more than a rambling series of walls, a step well, and a few other structures. Inside the Fort, the Maharaja of Jaipur built a small palace in the last decade of the 19th Century, to house part of his harem. Madhavendra Palace was conceived and built as a cohesive project and in some ways resembles a modern apartment building. Nine identical duplex apartments surround a central courtyard, with connecting hallways and those on one side have sweeping views across the city of Jaipur. The walls of the palace have extensive paintings throughout, which were executed at the time the palace was built. The Fort and the Palace within it are property of the Government of Rajasthan and have been open to visitors since the 1960s. Not as popular as the more well-known Amer Fort (approximately 5 kilometers away), Nahargarh Fort receives up to 6000 visitors a day during high-season (November to March) and the Palace was also open to the public, hence security, electricity and water were already in place. The palace served our purposes as most of the spaces were enclosed and it already had many visitors coming, mostly Indian tourists visiting Jaipur and some foreigners, most of whom were unaware of contemporary art in any way. As the site itself is a landmark heritage structure in Jaipur, by placing contemporary art works inside, the organizers hoped to create links between the city’s past and its present.

Art works are chosen so that they will fit into the space comfortably but also instigate a dialogue between the building, the decorative paintings which cover its walls, and the art works themselves. The first edition (December 2017 to October 2018) concentrated on sculptures that use or reference in some way domestic objects (furniture, kitchen utensils, personal items), to bring a sense of life back into the building, as this was a home to a community of people for approximately 20 years. So as to remind the visitors of the original function of the building, as otherwise they encounter only a series of empty rooms and would see the building more as a display of the wall paintings, but not a building to be lived in. The second edition (December 2018 to October 2020) concentrated on sculptures that were made from local materials and in collaboration with local craftspeople.