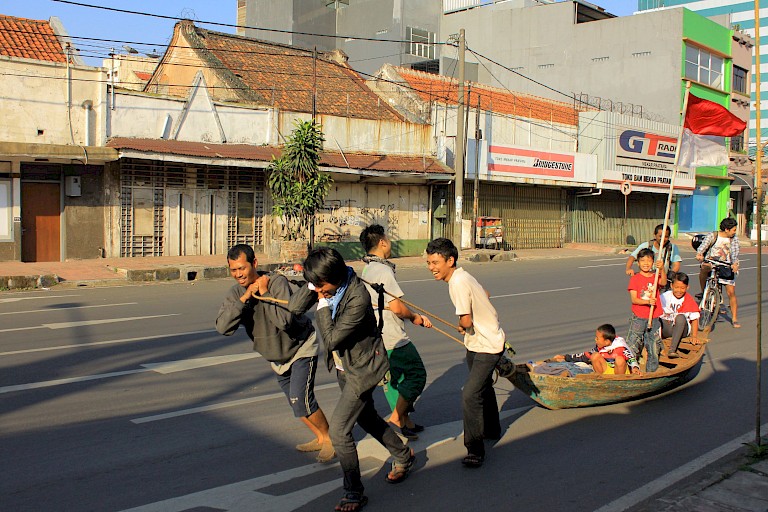 Point of Return is an on-going project that started in 2012 in response of environmental pollution located in Situ Ciburuy, Bandung as a result of urban growth and industrialisation. As the population increases and city develops, severe river and lakes have been progressively dried out and transformed into residential housing.

Situ Ciburuy is the last lake remains that caused Alin (Short for Aliansyah), the artist and also a son of a fisherman is among those that raise a concern as factories were built surrounding the lake with their waste flows and polluting the water that causes the destruction of local fisheries and the elimination of local fishing industry that previously has been passed down from one generation to the next. As lots of the fishermen still preserve emotional attachment to their boats, some of these boats were sunken into the bottom of the lake as a method of preserving the boat to avoid weather degradation.

Alin negotiated with one of the fishermen for the boat to be used as his artwork with the intention to re-forge the lost identity of Situ Ciburuy fishermen by physically dragging the boat from Situ Ciburuy to the inner city of Bandung with distances approximately 20km between the two points. The intention of this performance art is to create awareness to the major population and local government about the issue that reside in Situ Ciburuy. The locals of Situ Ciburuy gave their support and a ritual was performed to symbolize blessings for the boat; the locals marched alongside Alin towards the inner city.

The artifact from the performance was displayed inside Gerilya gallery located in city centre of Bandung in a form of installation art. This also creates an opportunity for Alin to create a session with the local government, experts, artist and communities to discuss and expose the situation in Situ Ciburuy with hope that local government will take further action of the underlying issue. The responses of Alin’s art were positive from all participants; experts that were previously skeptics of Alin’s intention were also reformed their view and gave support of the movement. in 2015 the government began their initiative by cleaning up tons of waste and garbage from Situ Ciburuy lake.

The project is specifically targeting the social issue of people in Situ Ciburuy area; as the cultural value degrades though environmental devastation, the lake can no longer function to provide source of livelihood to the local fisheries. Furthermore, it impacted the southern part of Bandung as irrigation lost the watering source to the paddy field. Through this project not only the public awareness of the problem was successfully made to the local governments, experts, artists and local communities but also a positive outcome was reached for the environment surrounding Situ Ciburuy. This project also inspires other artists to create art form within the lakeside area thus created attraction for tourism that benefited the locals. Last but not least Alin also invited locals, experts, artists and other socially-engaged individuals to collaborate in creating new boats for the people of Situ Ciburuy as a call for renewal and regeneration.

The project was first initiated by the artist with the first attempt made by contacting university experts for environmental issue. The initial idea was to collaborate with environmental experts in revitalising and neutralising the water of Situ Ciburuy lake. With no funding that backed the project it failed to come to fruition and furthermore many view this as merely an act of goodwill towards the local with no visible outcome. The failed collaboration yield Alin to transform this into a solo project thus commenced his engagement with the locals by relocating to Situ Ciburuy and observing their day-to-day activities. By doing so he managed to comes out with the idea of creating the “boat drag” performance art to inner city and displaying the boat to further show the environmental problem at the lake. 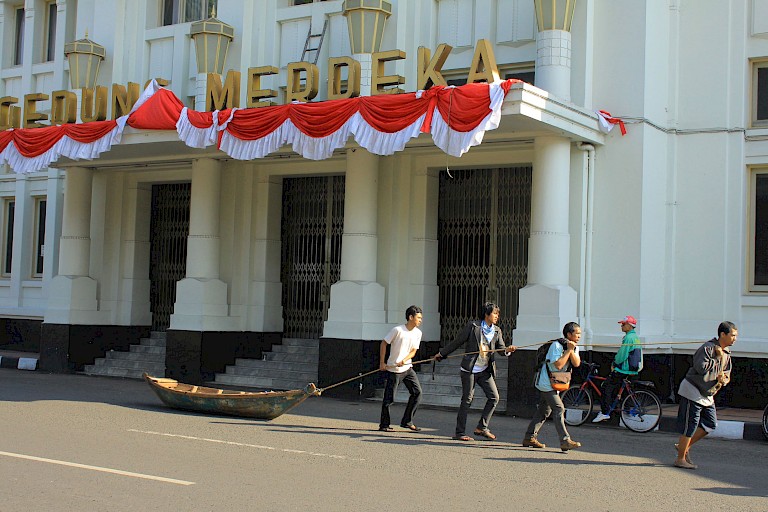 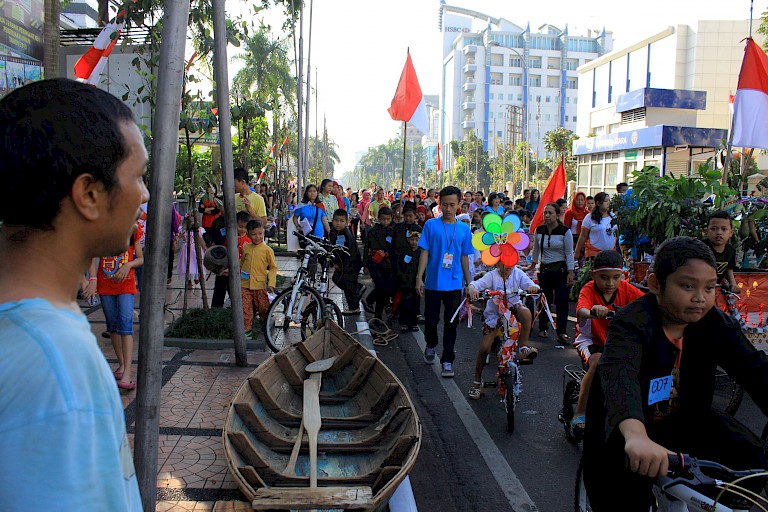 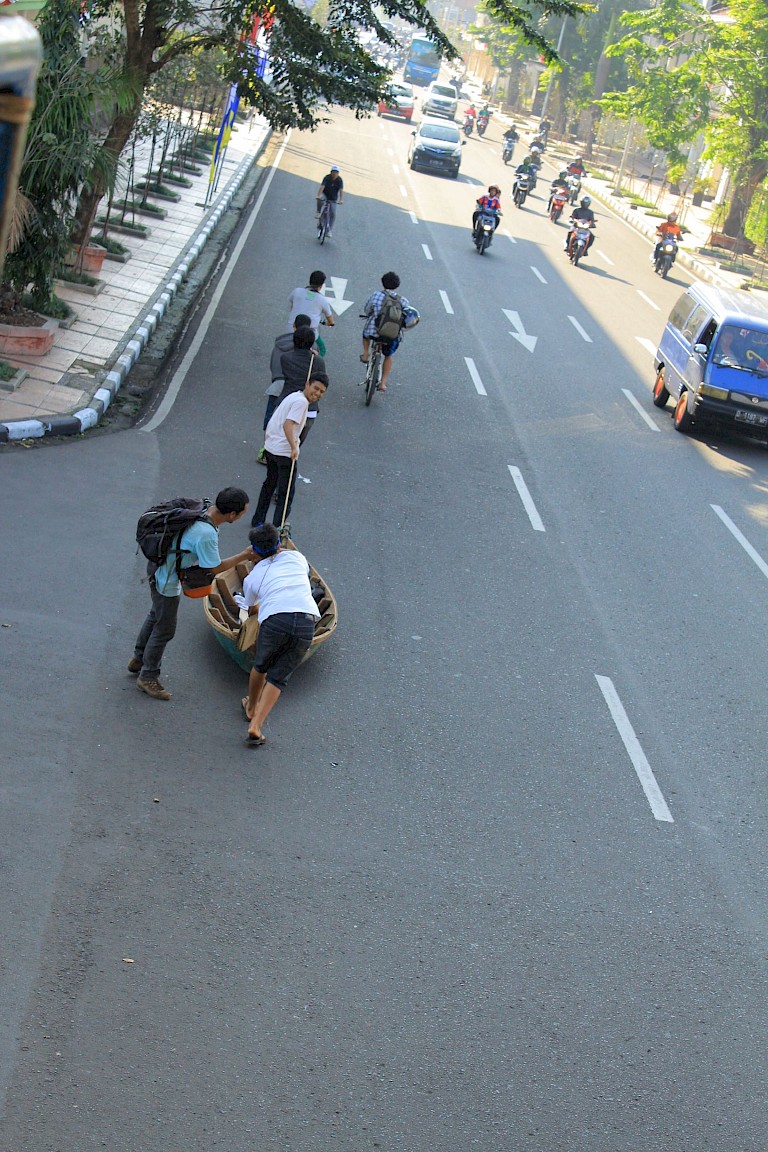 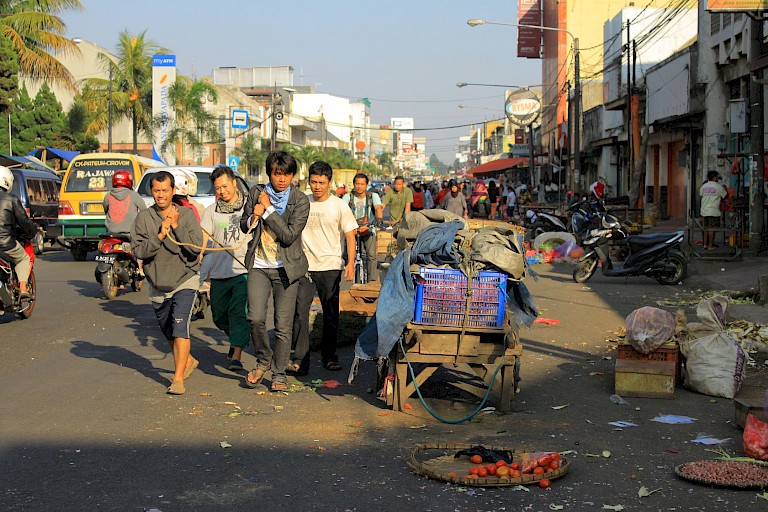 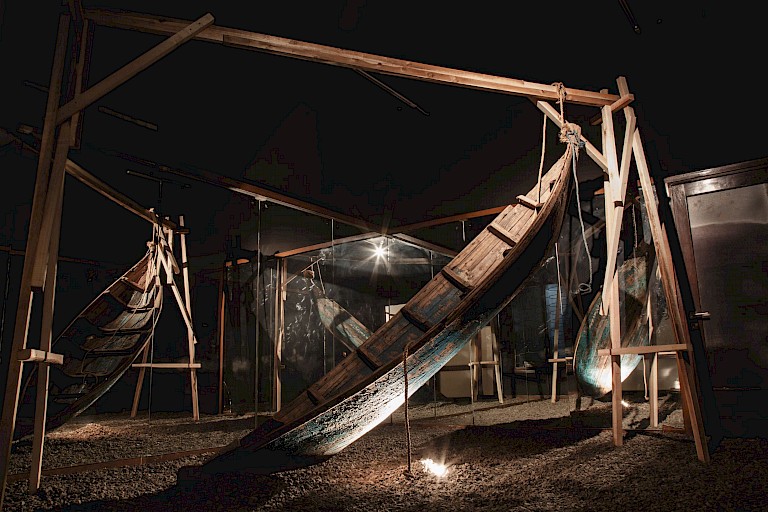 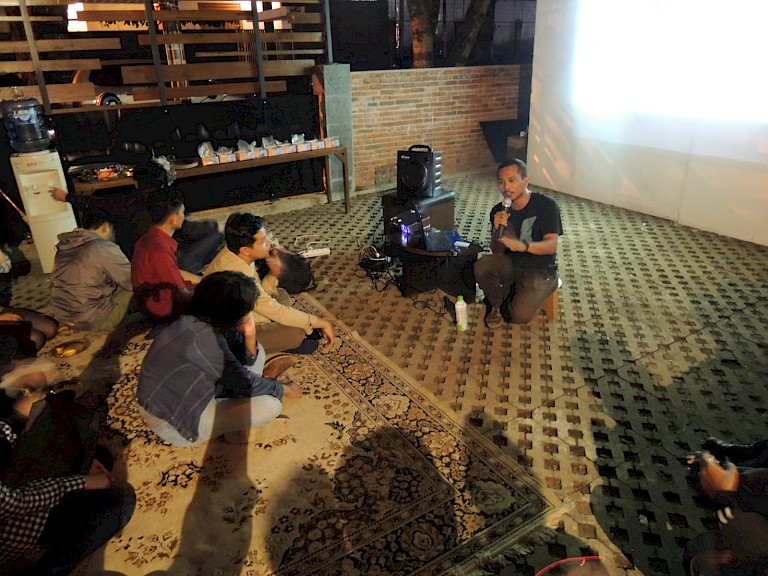