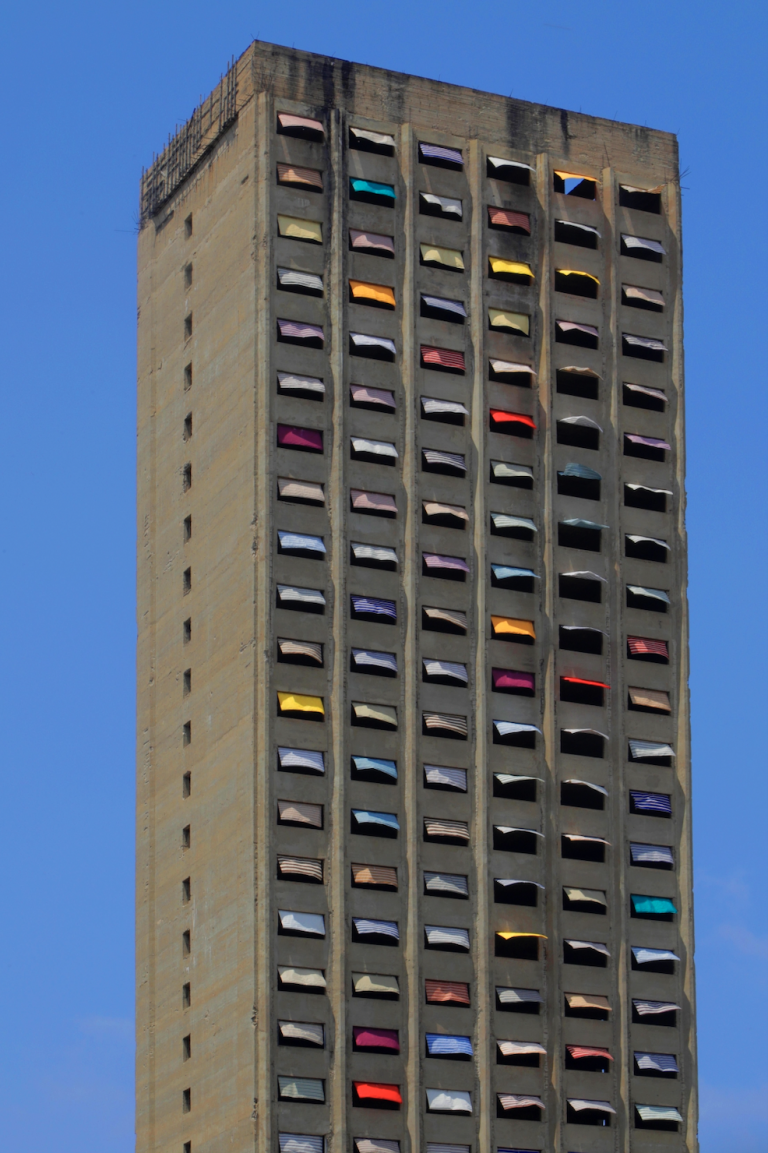 Tower of the Wind

Tower of the wind is a temporary installation on the Murr tower in Beirut. A building that was supposed to be a superstar offices building but ended up a torture prison and sniper base during the Lebanese civil war, and after the war until today serving as an accidental monument of bitterness, with its 400 empty black windows and an Army base in its first four floors.

Once the Beirut balcony curtains were installed on all the windows, the wind started animating the raw cement structure, transforming this tower of bitterness into a choreographed installation, shimmering colors with every wind gust. For the first time the Murr tower produced hope and poetic waves of colors to the city. Took locals and passers from astonishment to admiration all while going through incomprehension.

The installation took an activist perspective when "SOLIDERE" (private real-estate company responsible of the demolition of many historical buildings and Roman ruin in Beirut city center and owner of Murr tower) forced the artist to dismantle the curtains just 10 days after installing. 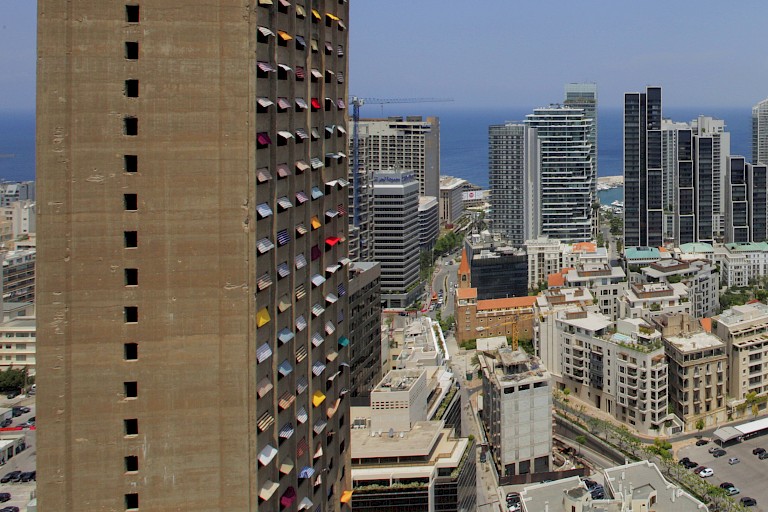 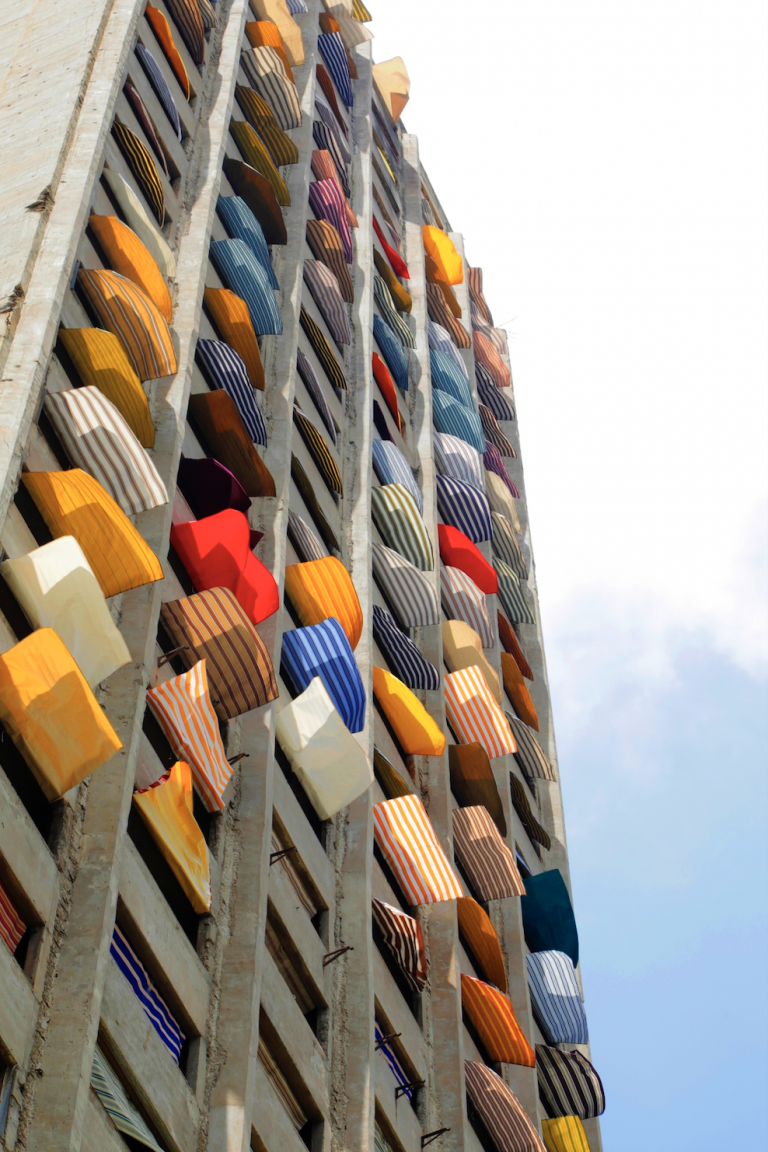 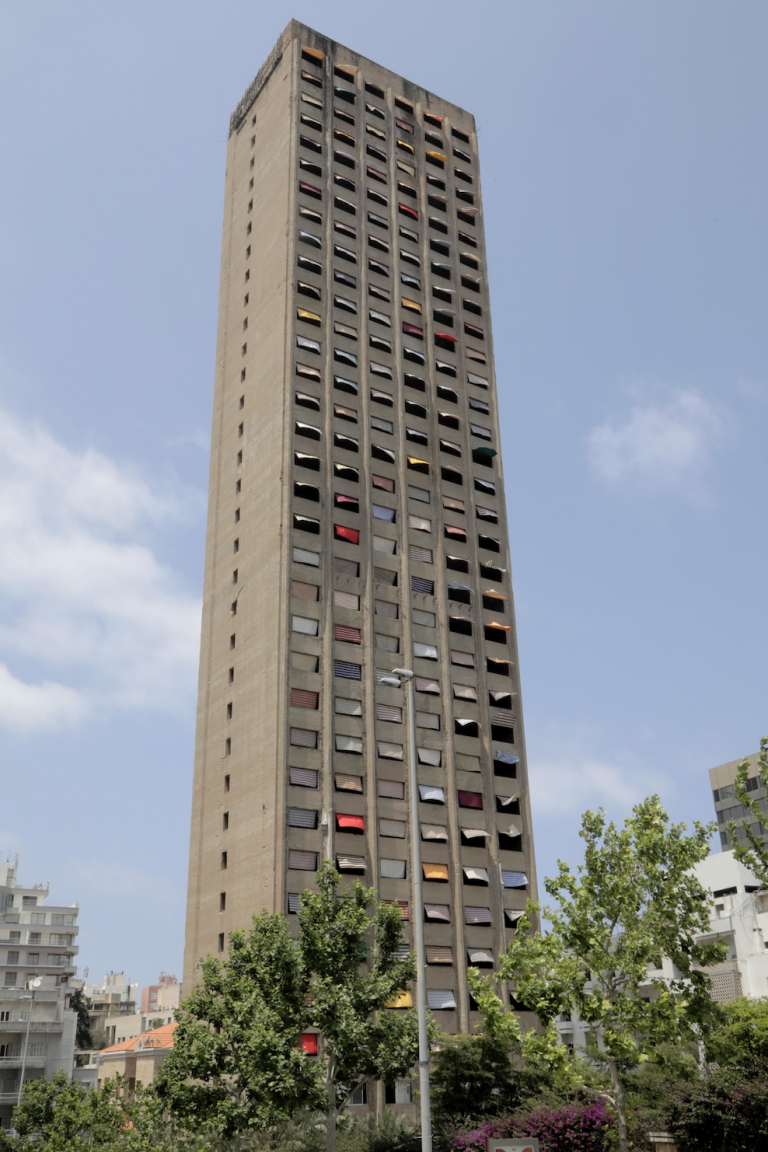 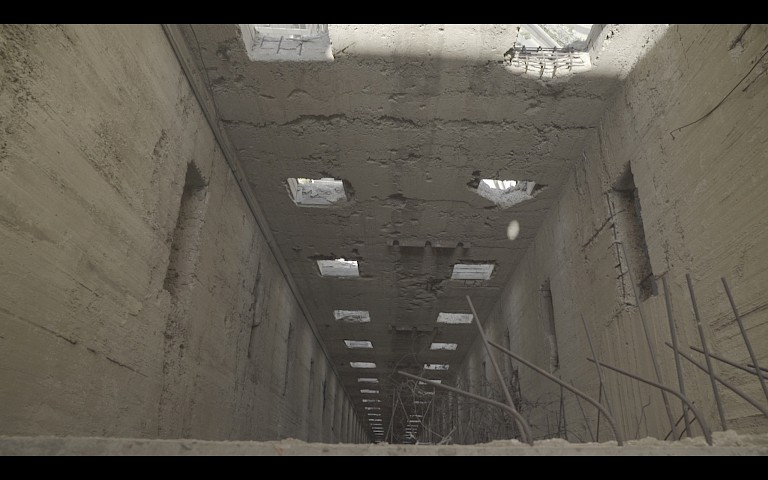 The excellency of the Burj el Murr installation is apparent in its insistence to persist in spite of the structural barriers standing in its way. Its message, a gesture of unification after a history of fracture resounds powerfully with the people to whom it is addressed.

The subtlety of its gesture, one that is apolitical but very much cognizant of the political milieu in which it is located, strives to turn on its end a narrative dominated by violence, corruption, and nihilism.

Received by the locals with a degree of confusion, in part because most colored fabric erected on abandoned buildings tend to be flags of the many militias/political factions, it put on the skyline a rainbow of color where before there was none. For many it was a symbol of beauty on a relic of trauma. Its intentional installation on both faces of the building, the East and the West, hearkens back to the civil war during which the city of Beirut was divided in two along sectarian lines. Today sectarian conflict remains in Lebanon but many issues if not most issues endured by the Lebanese people are secular. It is the elucidation of this in a gesture of conciliation and sympathy for all those living in a city of ruins that shines through in Burj El Murr.

This piece received a great deal of attention and clamor on social media where it was praised for both its beauty and its intention. It reached international acclaim and led to El Khoury being invited to several international art events and festivals. Notable among these are the semi-reproductions of this work that were produced and installed in Sicily in Italy, Dunkirk in France, and Stavanger in Norway. In each of these locations Khoury took over a building with similar textile installations that were locally targeted, addressing the reason why the site was abandoned or why the town has endured trauma with a site-specific fabric reference.

This work also marked an important shift in the trajectory of Khoury’s practice which began primarily as graffiti art (also a guerrilla practice). He currently is in pursuit of his MFA in Oslo where he explores the myriad ways in which public space and public art can be conceived.