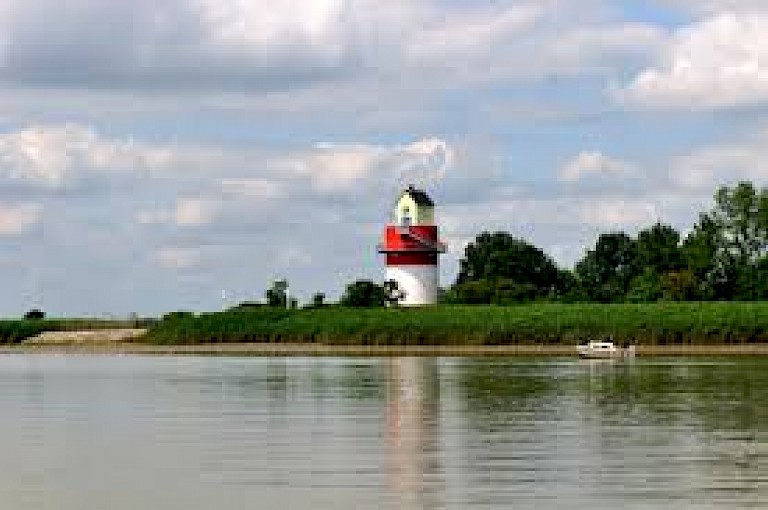 With this work, as with many of his works commissioned around the world, Nishi sets out play with conventions, re-contextualising public monuments and everyday street furniture, turning the public place into private space. Alternatively named Tazro Niscino, Tatsuro Bashi, or Tatzu Oozu, he uses the same playful attitude in his project for Estuaire 2009, the fountain of Place Royale, the sculpture of Amphitrite allegorically representing Nantes surrounded by the Loire river and its tributaries, becomes the majestic set for a hotel room.

By playing with perspective, Tatzu Nishi pits himself against the colossal size of the “iron castle” power plant by making an identical copy of a tower. At the top sits a tiny cottage with a garden – straight out of the 1970s, like so many others in the surrounding area – where one can stay. With this work, Tatzu Nishi creates a truly visual shock, pushing us to develop our imagination. Japanese artist born in 1960, Tatzu Nishi likes to play with conventions, especially aesthetic conventions. Alternatively named Tazro Niscino, Tatsuro Bashi, or Tatzu Oozu, he uses the same playful and mischievous attitude toswiftly re-contextualise familiar house hold objects or public monuments: anupside down lamp post becomes a kitchen “chandelier”, a cherub from Basel’s cathedral ends up on the coffee table of a living-room. 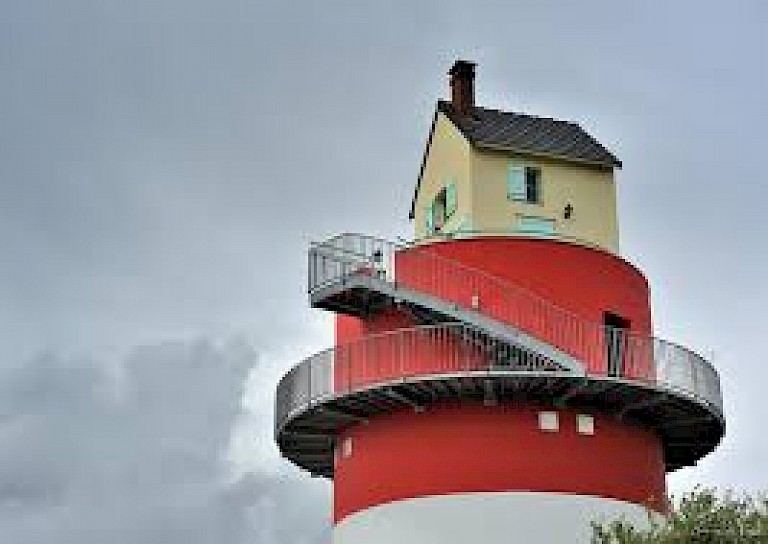