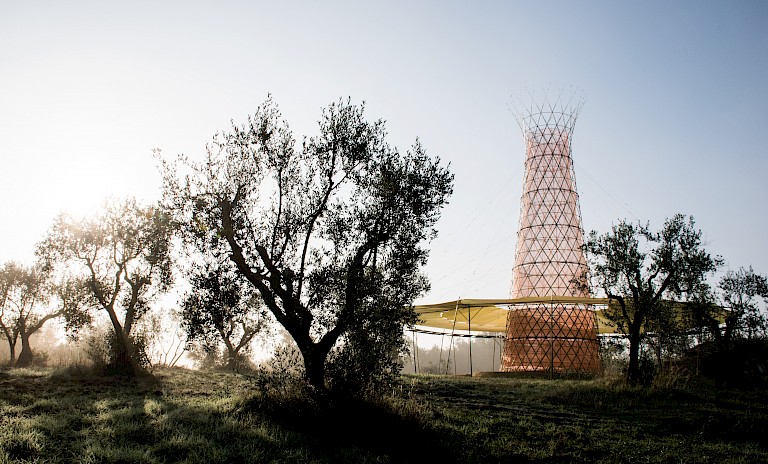 Warka Tower is designed to wring water out of thin air, harvest water from the atmosphere (rain, fog, dew) providing an alternative water source for rural populations that face challenges accessing drinkable water. It is a passive structure that requires no electricity as it functions only by natural phenomena such as gravity, condensation & evaporation. The structure is easy to maintain it is operated autonomously by the villagers. The design depends on the local meteorological conditions, the geomorphological characteristic of the site, and the local culture. Beyond its functionality and socio-economic opportunities, Arturo Vittori has also designed something beautiful and iconic: the canopies of the tower stretch out like a peplum skirt, but even this aesthetic delight has additional functionality, providing shade and shelter from the sun. 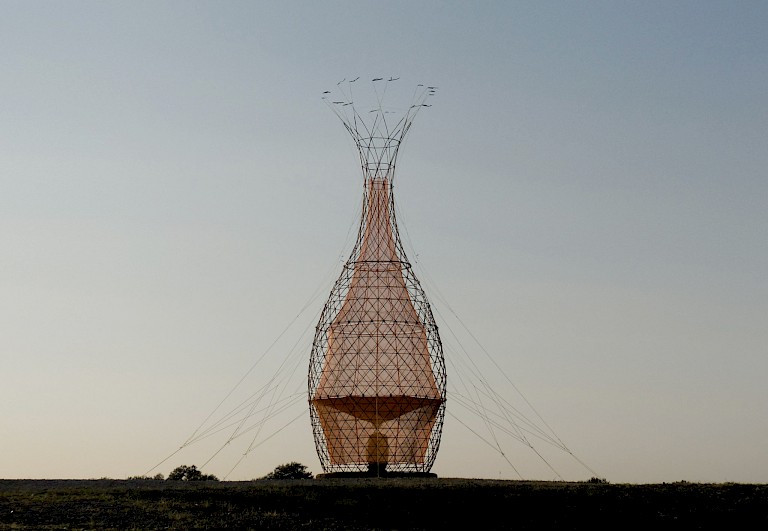 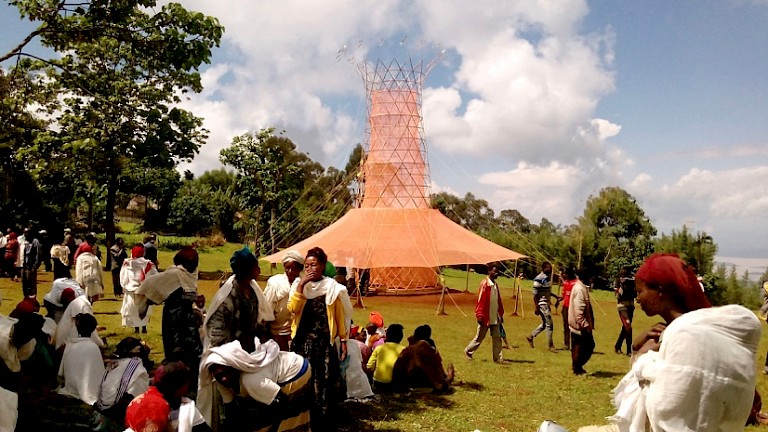 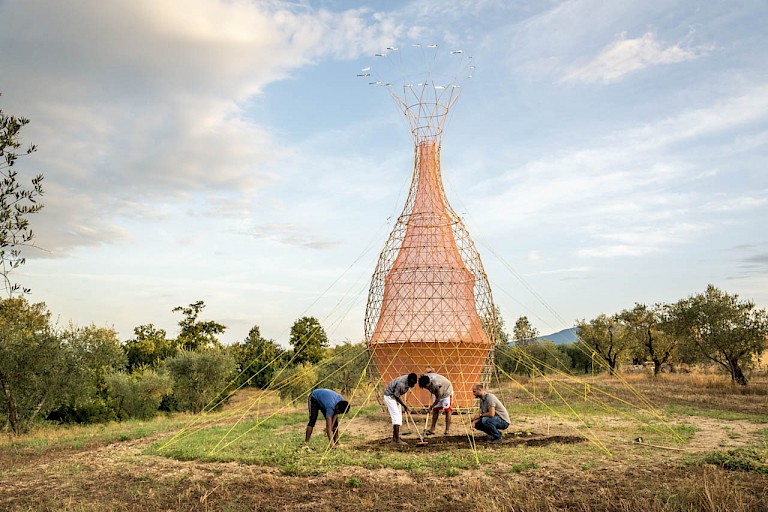 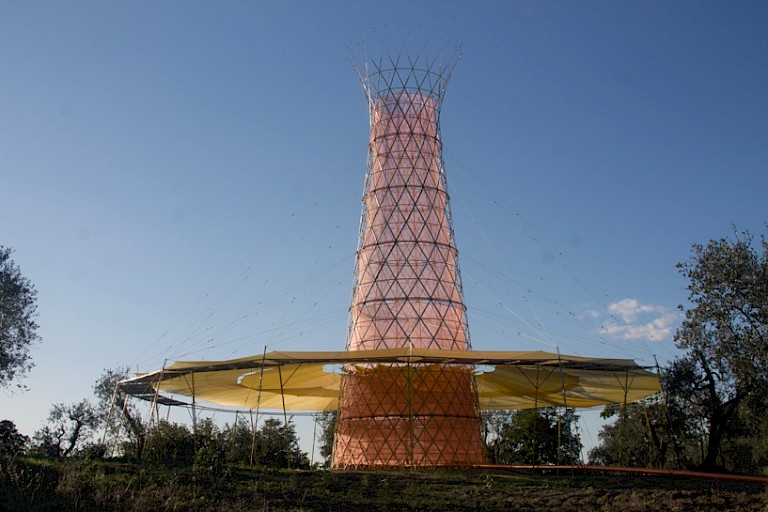 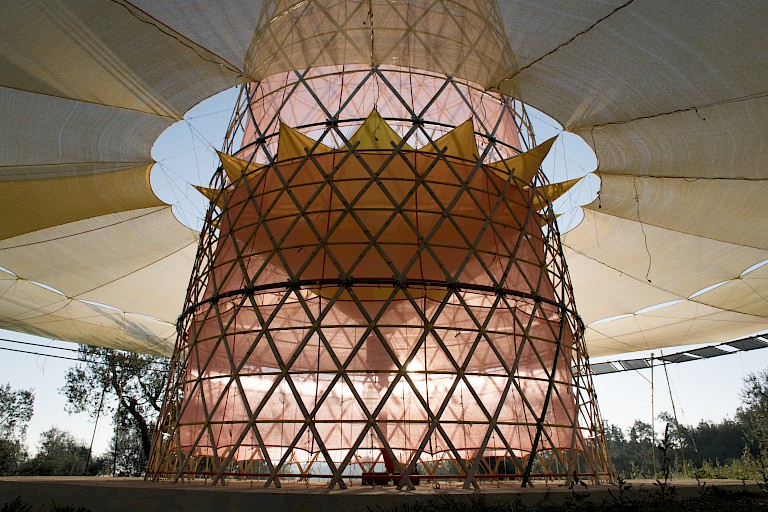 The name of the project comes from the Warka Tree, which is a giant wild fig tree native to Ethiopia. The tree is a symbol for the local communities. The project finds inspiration from lost ancient traditions and nature. Animals and plants have developed the capability of collecting and storing water from the air to survive in hostile environments. Some key examples include the Namib beetle’s shell, lotus flower leaves, spider web, and the fog collection and water storage system in cactus.

The tower integrates traditional tools and construction techniques into the project, and while every version of the Warka Tower shares the same design philosophy as the others, each is differentiated by geometry and materials adopted and for each version, the construction time and the costs vary. Warka Tower offers an alternative water source to the rural population that faces challenges in accessing drinkable water. It is however first and foremost an architectural project: a vertical structure designed to harvest potable water from the atmosphere (it collects rain, harvests fog, and dew), our ambition is to provide from 50L to 100 L of drinking water every day and free up time for women and children to invest in care, education and other socially productive activities. Water can be taken locally, without wasting energy on transport.

The Warka Tower is based on an in-depth study of local culture and the environment. Additionally, both the design and the construction of the tower showcases the rediscovery of ancient traditional techniques and the use of local natural materials merged with cutting-edge technology.

While the research-based and inclusive design of the project is excellent on its own, an impressive aspect of the design is how easily the technology can be scaled up to another level by adopting a similar design philosophy applied to urban infrastructures (Houses, Skyscrapers). Warka Water opens up worlds of possibility for thinking about how buildings could similarly harvest water from the air and produce autonomously potable water to support the inhabitants with a sustainable water source.

It has already had successful impact on the water sourcing opportunities of the community in which it has been established. But the scientific and artistic value of the project is truly remarkable: contributing to social welfare in architecturally sound ways, that draw on traditional culture and local materials to advance both the utility of and potential for public art.