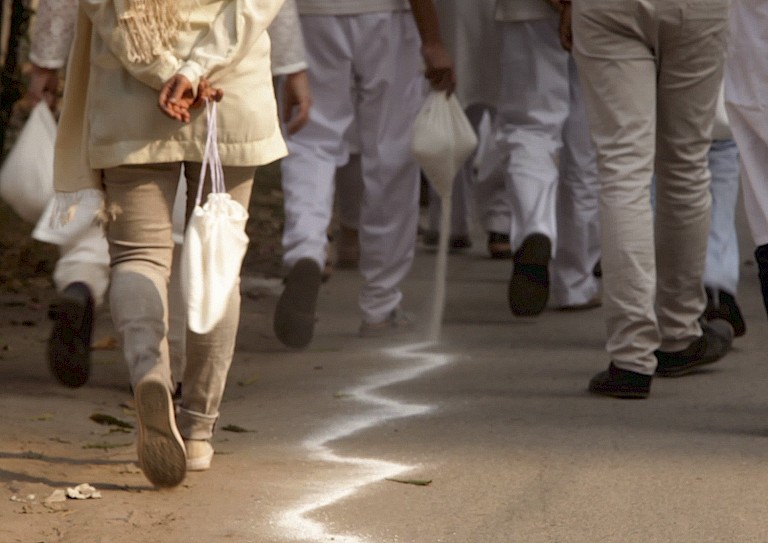 We Walk Lahore was an artistic research project about what it means to be a 'body' in public space in Pakistan. There are complications for women and for people who are wealthy to be seen walking. The project was a compilation 4 parts. 'Subjective Geographies' : the initial research phase, followed by Walking Presence and Footpath Feasibility: social performances, the project culminated at the symposium on Urbanities - art with an installation. Honi Ryan wanted to invite participants and asses and reflect on the relationship, responsibility and interdependence they have with public spaces – collectively exposing their physical presence to it, and vice versa. The project is important as a showcase of how even a simple act of walking can help us imagine how we can give to our environment with each step that we take. By using mindful techniques such as silence, slow pace, absence, and repetition as performative guidelines for actions in everyday life –these actions are encounters that allow for the formation of deep social relationships. 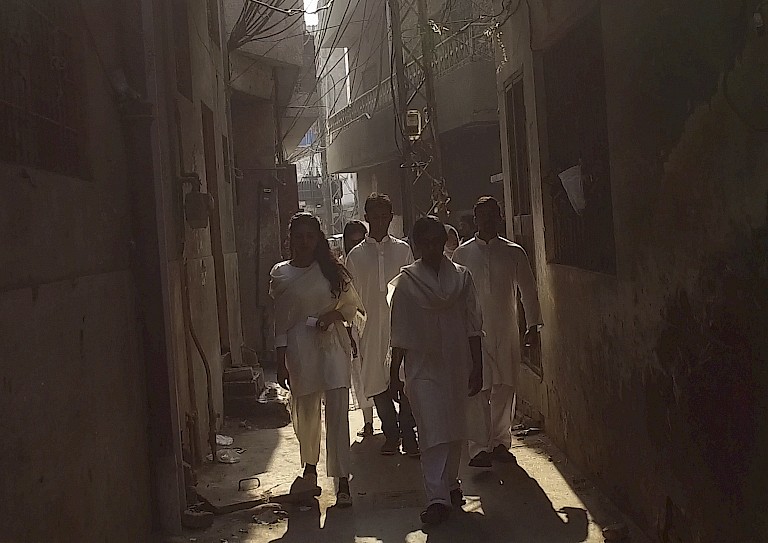 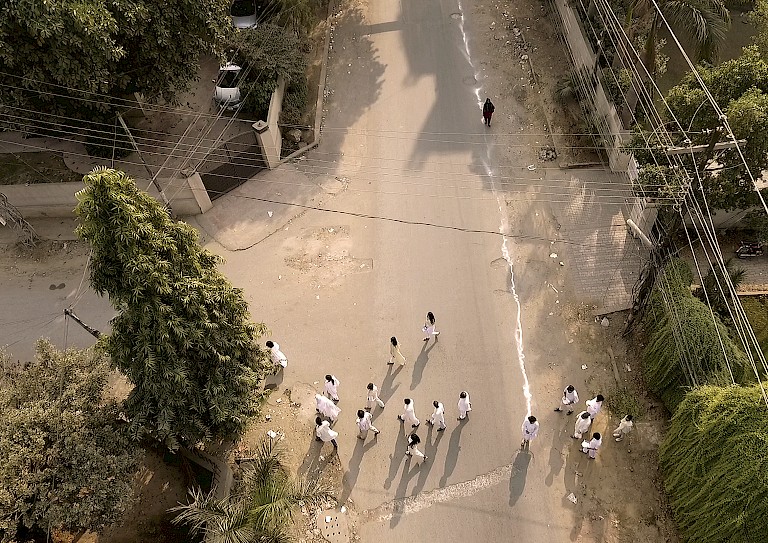 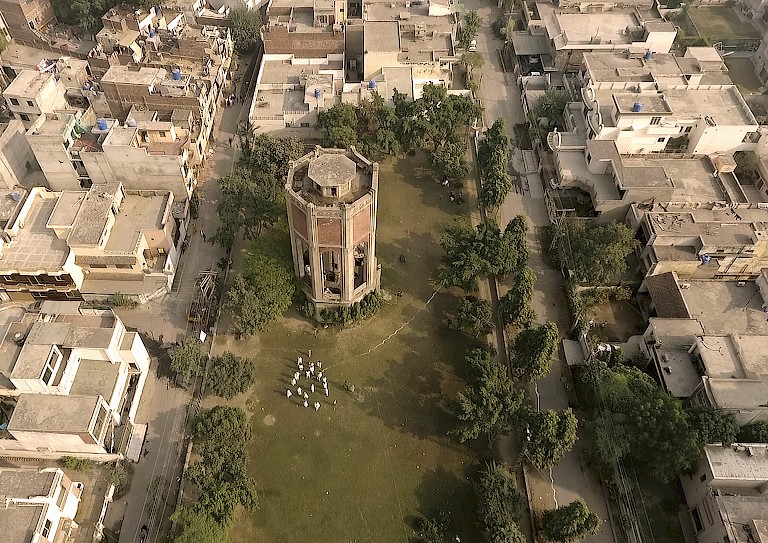 ‘We Walk Lahore’ started with conversations the artist, Honi Ryan, had with Pakistani women outside of Pakistan around 2015, when she noticed a repetitive theme emerge. Different women expressed that one of the things they enjoyed most about being abroad was simply being able to step outside and walk down the street. They discussed the conditions and reasons why this wasn't as common for them in Pakistan, and a mix of cultural and environmental reasons emerged.

Honi had been working with walking as performance practice in many different cultural settings and was noticing the value of silent walking as a way of creating meaningful and respectful intercultural exchange. Honi had been given permission to work on a sacred aboriginal site in Australia because the walks she organised there were silent, and therefore did not assume to lay narratives on histories that she, as a white Australian woman, could not speak for.

She began asking Pakistani women whether they would be interested in doing walking performances on the streets of Pakistan's cities, as activist art about women's access to public space in Pakistan. The enthusiasm for the idea was overwhelmingly positive, and threw the idea into necessary action.

The work took place on a residency in Lahore with the Lahore Biennale Foundation in October–December 2016. The project is, formally as well as symbolically, a dialogue with the local culture. The piece was action-research into the relationship the local culture has with walking in public space. Forums were created for they city’s residents to discuss this issue, and the ideas that emerged from them guided the unfolding of the work.

The initial stages of the work took the form of conversations happening while walking the streets of Lahore. It was through these conversations that Honi came to understand the issues in context. The public art was dependent on activation by local people to exist, and in that was co-created by the local community. The artist collaborated with the government for logistics and permissions; and the outcomes of these particular conversations influenced the urban planning projections for the city.