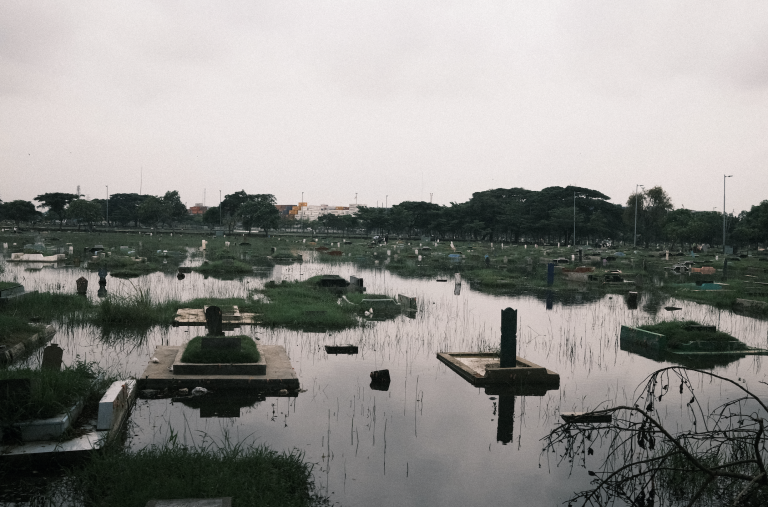 ZIARAH UTARA / PILGRIMAGE TO THE NORTH

Ziarah Utara (Pilgrimage to the North) is a durational, socially engaged project by artists Tita Salina and Irwan Ahmett, joined by artists and geographers Hannah Ekin and Jorgen Doyle. This project was initiated by the artists and initially self-funded. This public art work has been performed twice (in 2018 and 2019) and is ongoing. The artists walked for ten days along the coastline of North Jakarta, Indonesia, measuring every inch of ground along a 42-kilometre coastline that is slowly sinking due to rising sea levels in Indonesia and also under threat from developers who seek to evict those in small villages. The artists documented and collected stories from these marginalised communities, including traditional fishermen and villagers.

At the heart of Ziarah Utara (Pilgrimage to the North) is a 10 day walk along the coastline of Jakarta. The artists undertook this 42-kilometre journey staying in the different kinds of sites and settlements - traditional fishing villages, gated communities, historical sites, the port, social housing blocks - that make up this highly segregated coastline dense with histories. The route took the artists along Jakarta’s Northern coastline, a coastline historically neglected and currently much contested. This is also a coastline under threat from many angles – both environmental and economic.

Ziarah Utara moved through many different communities including a fishing community facing eviction. This area and community is also is subject to flooding from a dam at the airport upstream, and from rising sea-levels. Amongst the diverse locations and communities the artists connected with during their walk was a ‘ruko’ – a characteristically Indonesian terraced building of between two to five floors where the lower floor of the building is used as a shop, office, or place of business, and the upper floor is used as a residence – and a modern ‘kampung’, or urban village, of residents controversially evicted from their original homes. While Ziarah Utara reflected on the rising sea-levels that are of critical importance along this coastline the artists also stayed in Airbnb accomodation on the thirtieth floor of a luxury housing block, exactly the sort of development responsible for the flooding that threatens villages along the coast, and a vast housing block outside of Jakarta where waterside communities had recently been evicted to. This housing block is intended to become the largest in Southeast Asia and exists as an omen of things to come if the political, economic, and environmental situation along the coastline continues to be ignored.

Intended as a participatory and socially engaged artwork, Ziarah Utara (Pilgrimage to the North) directed attention to a variety of relationships between people, place, land, and time. Although Jakarta is a coastal city access to the ocean is not easy because of the privatisation of land along with building projects, which are steeply on the rise. As the capital of Indonesia, the megacity of Jakarta has an additional problem related to continuous and uncontrolled urban expansion. As a consequence the coastline and ocean is severed from its population. Artist Tita Salina comments that “Based on our ancient history the relationship between people and the sea was very strong and holistic. Old maritime culture plays important role to construct our lives as an archipelago country. But nowadays, the sea has become the object to be abused and exploited by all sectors. In general, people don’t have a strong emotional relation with the sea anymore. Even though threats are in front of us, land subsidence occurs 10-15 cm every year, there is a crisis of clean water, regular floods, abrasion, and an ambitious government plan to move the capital to Kalimantan (Borneo). One major source of those problems is urbanism –the change of sea currents due to man-made structures on the coast.”

Documenting and bringing attention to urban physical expansion over the last four decades of the Jakarta megacity, Ziarah Utara sought to highlight the negative pattern of change in the population and settlements along the Northern Jakarta coastline and defined the potential impact of continued uncontrolled urban expansion. 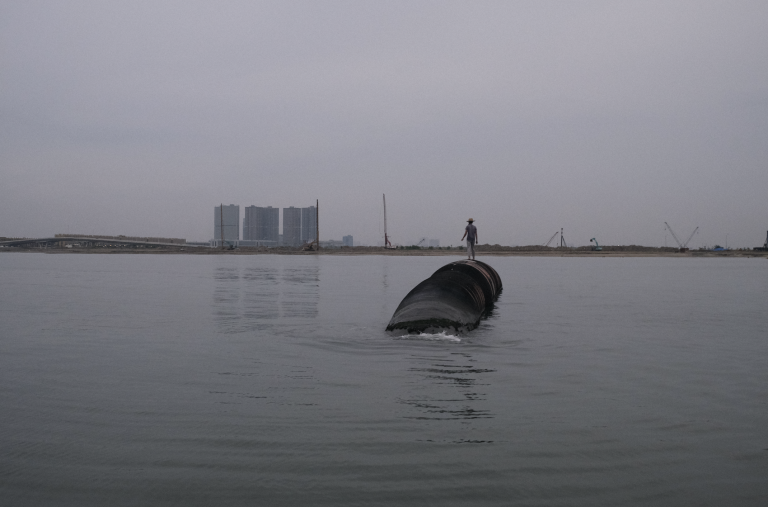 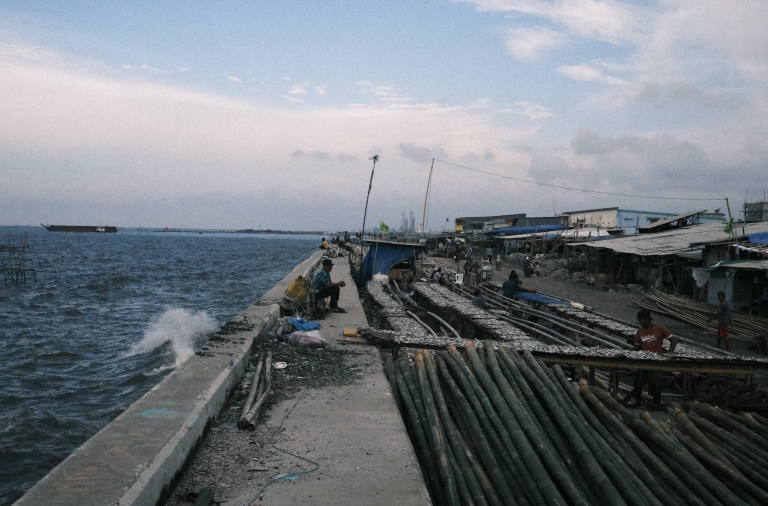 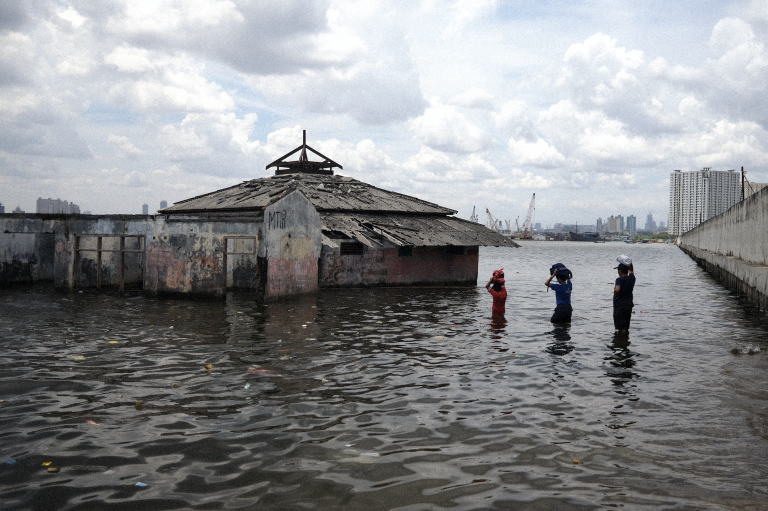