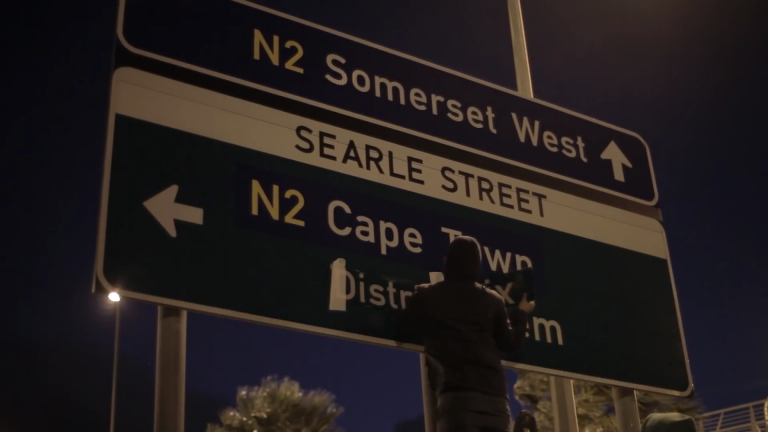 This project is an innovative collaborative public art intervention that quietly but effectively reclaims the historical name of “District Six” from apartheid-era officialdom, which renamed the area Zonnebloem as part of an apartheid-era erasure of the people of colour who lived and worked there until their forcible eviction. District Six, an area where people of different races lived together in a working-class neighbourhood, fell foul of the racist Group Areas Act that reserved economic centralities for whites and the economic peripheries for the black population. Thus the area experienced brutal forced evictions about 50 years ago. This effacement still stands today in post-apartheid South Africa, with empty land haunting the city amid contesting claims around how to best redress its brutal past. The act of changing the signboards to indicate their original name is is thus a politically charged act of reclamation and supported by original residents of the area in a broader project of the artist's called Witness. Generally people do not notice the change - unless they are new to the area and are perplexed by the difference between the signs and GPS mapping devices. The signboards thus do not attract much attention but those in the know mostly appreciate the gesture as a piece of conceptual graffiti art and political activism.

This intervention animates an important topic that is being debated in South Africa right now regarding land reform. Despite South Africa's political miracle, economic justice remains more elusive in a country of gross inequalities of different sorts. Land is a crux of this unfinished business of the past, a legacy this artistic intervention highlights. It does so with irreverence, humour and a light touch. The project integrates its artistic statement into the everyday and leaves government with a quandary, since its removal would compound the original apartheid sin of erasure. Moreover, the artwork re-imagines the area with its proud name of District Six as if its renaming were a fait accompli and thus offers a prime example of how contemporary art can not only represent but actually institute a recalibrated present.

The project is connected to the artist's final-year degree project at Michaelis School of Fine Art, called Witness. This site-specific exhibition lasted one day and included artist and participant walkabouts, breaking new ground for the academic institution in its collaborative and off-site nature. Soon thereafter, he participated in a LAND public arts festival and re-constituted Witness in a house in the area, newly built on the land as part of the state's restitution effort to the dispossessed. Provoked by the fact that the area was still contentiously carrying the apartheid government's renaming of Zonnebloem, the artist decided to organise the signboard interventions to put right this miscarriage of justice. He prepared a legal defence in case of arrest during the intervention but proceeded unobstructed and the youtube video documentation of this feat has been exhibited widely on international platforms. 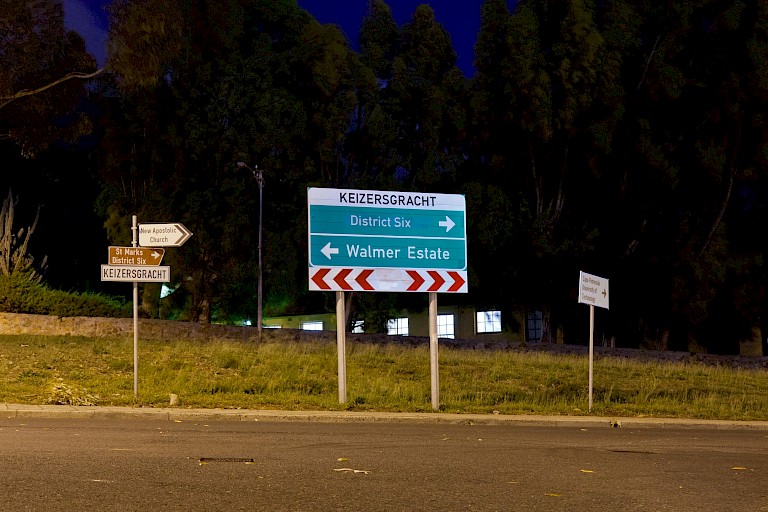 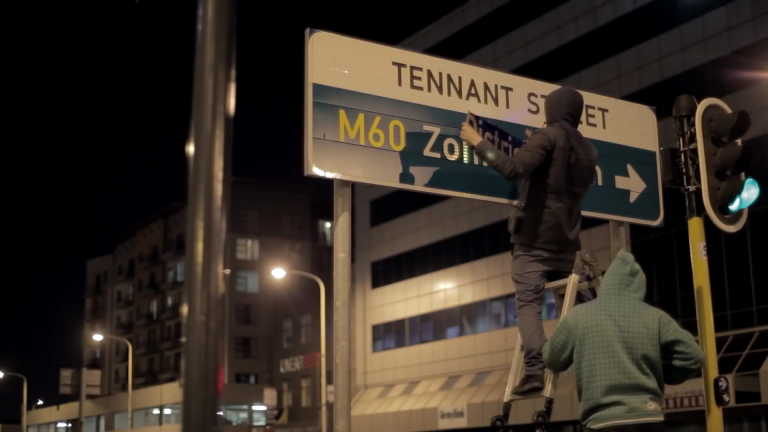 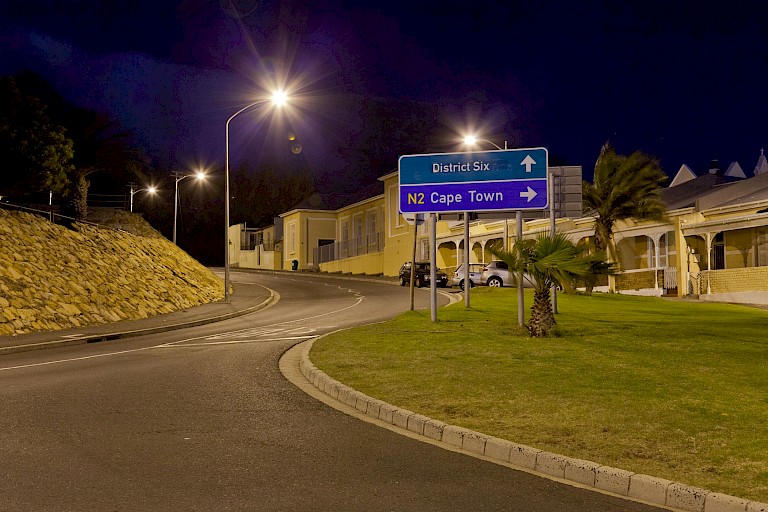